The family of a nurse who died of COVID-19 last year got a delayed sense of validation from the federal government, after a report showed the facility where he worked was indeed responsible for safety failures he claimed before his death.

Edgar Alberto died from coronavirus complications last April after he had been working as a nurse at the nearby scandal-plagued Andover Subacute Nursing Home in Sussex County — the same facility where police said 17 bodies were found piled inside a small morgue.

Alberto's widow, Mary Jane Mustera, said her husband and the other employees were taking care of the patients, but "they didn't know who was a COVID patient." She said her husband was also worried about inadequate PPE. 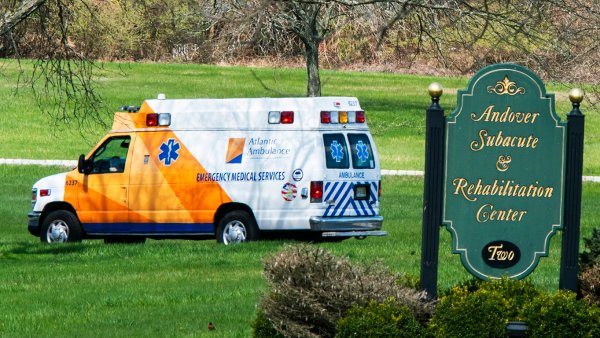 "The protection that he needs, they need, they didn't give it," Mustera said an interview with the I-Team.

Alberto, who had an 11-year-old son, died in the hospital the same week that the gruesome discovery was made, with the bodies of several patients found stacked in the makeshift morgue at the facility. His widow couldn't process what had happened to him.

"I want to pass out, but I'm controlling it," she said about how she reacted after learning news of Alberto's death. "When I looked at my son, he's jumping, he's shouting 'No mommy, it's not true, it's not true."

Disturbing details emerge about the NJ nursing home where bodies were piled inside a small morgue. Sarah Wallace reports.

State and federal investigations in Spring 2020 found lases in inspection control and a systemic failure in basic protocols. But a few weeks ago, Mustera got a specific letter from OSHA about her husband's death. It noted breakdowns in required N-95 mask protections, and labeled the violations as "serious."

For the failures, Andover was penalized more than $22,000, which the management agreed to pay.

"If only they give him the protection ... he'd still be alive," Mustera said.

"All the investigations that I've done representing people, there is an indication not only that OSHA looked into a specific death, but there were findings as to the violations that caused and led to someone's death," said the family's attorney Juan Fernandez.

Andover's owner or attorney did not respond to requests for comment. However, a recent inspection by the state found that the nursing home was in compliance.

An investigation by the state attorney general is ongoing.