The European Union's drug regulatory agency said Thursday that the AstraZeneca vaccine doesn't increase the overall incidence of blood clots and that the benefits of using it outweigh the possible risks, paving the way for European countries to resume dispensing the shots.

France, Italy and Germany promptly announced they will start using the vaccine again on Friday. Spain, Portugal and the Netherlands said they will do so next week, though Spain said it might exclude certain groups to minimize any danger.

More than a dozen nations around the world had suspended their use of the vaccine over the past week following reports of clots in a few dozen of the millions of people across Europe who have gotten the shot. The question was whether the vaccine had anything to do with the clots and whether any action needed to be taken.

The safety committee of the European Medicines Agency "has come to a clear scientific conclusion," the head of the EMA, Emer Cooke, announced. "This is a safe and effective vaccine.”

She added: “If it were me, I would be vaccinated tomorrow.”

However, she said the agency “still cannot rule out definitively a link” between certain rare types of blood clots and the vaccine. The EMA recommended adding a description of these cases to the vaccine leaflets.

The debate raised fears that the safety questions would seriously undermine public confidence in AstraZeneca's vaccine, which is key to efforts to immunize some of the world's poorer countries, and further slow the lagging vaccination drive across the 27-nation EU at a moment when infections are rising at an alarming rate. Europe also relies on Pfizer's and Moderna's vaccines. 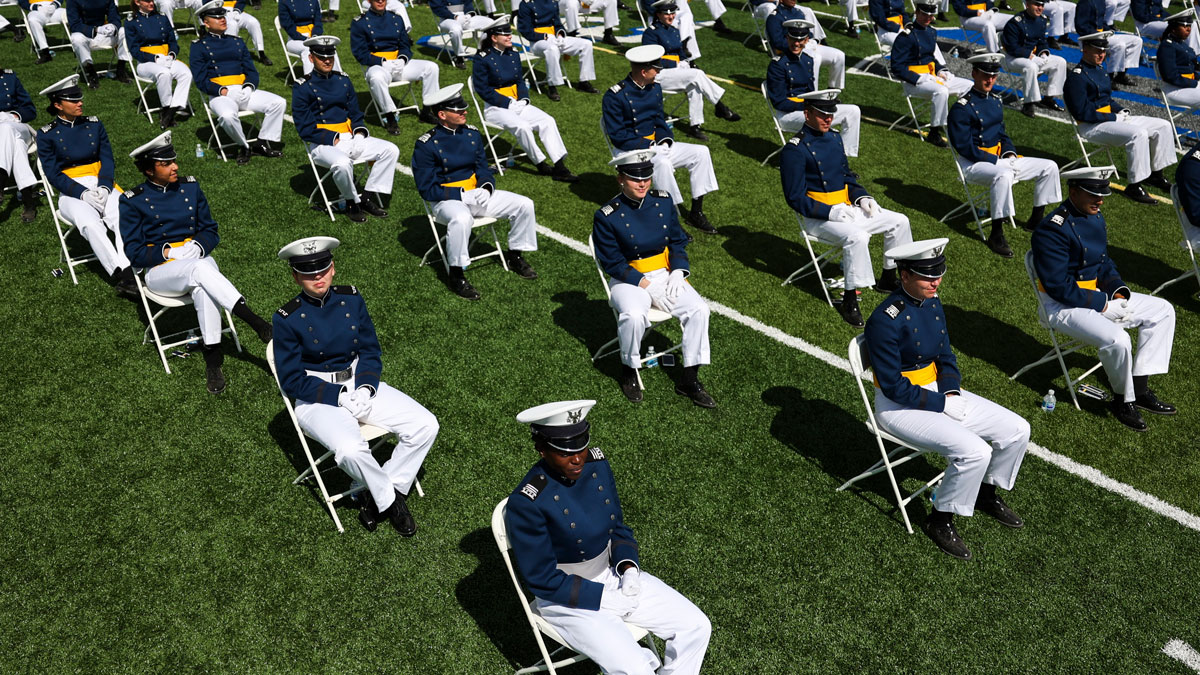 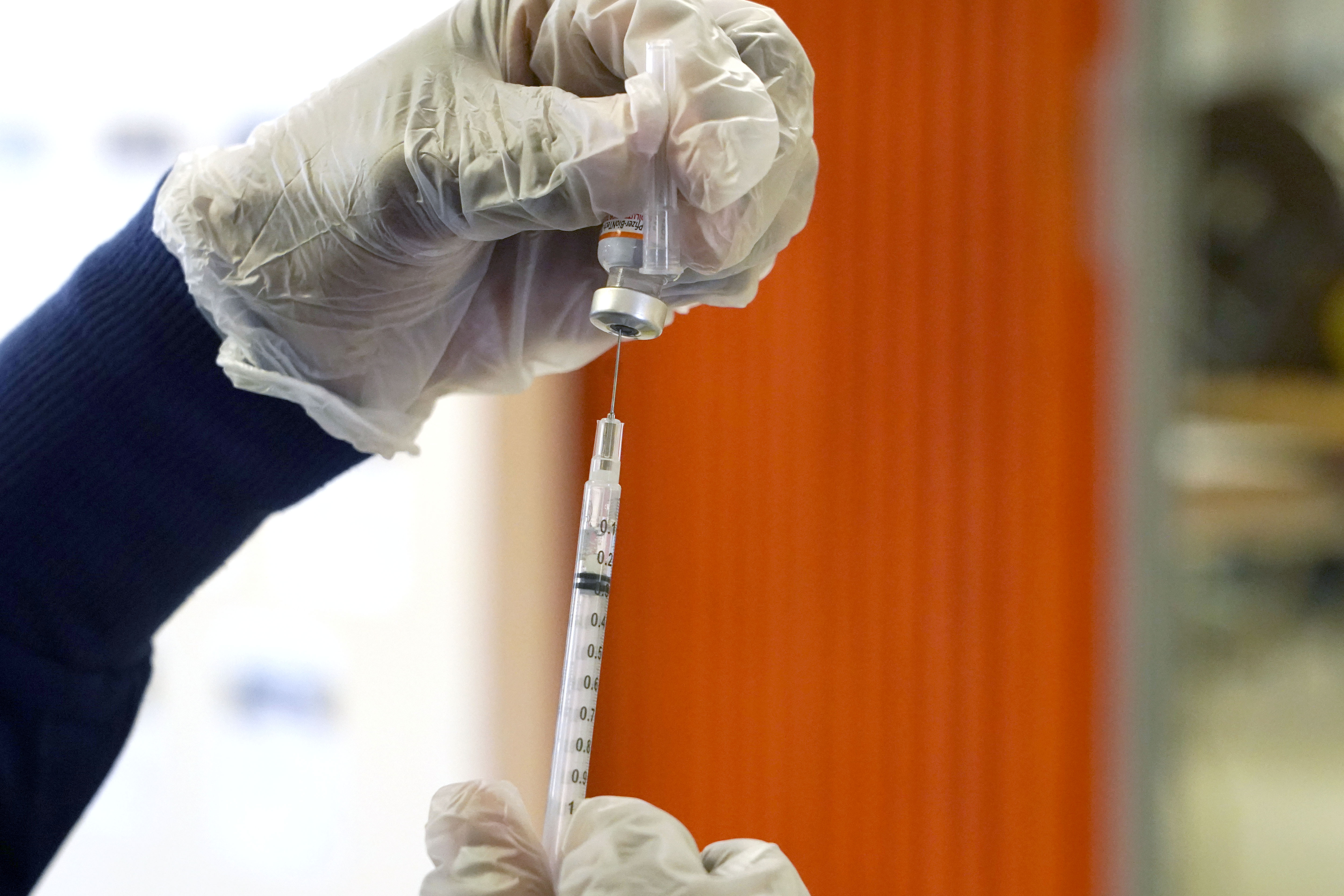 US Sees Risk of COVID Supply Rationing Without More Funds

French Prime Minister Jean Castex said he would be getting an AstraZeneca shot on Friday “to show we can have complete confidence” in it.

Clots that form in the arms, legs or elsewhere can break free and travel to the heart, brain or lungs, causing strokes, heart attacks or other deadly blockages.

In its findings Thursday, the EMA said the overall number of clotting events of various sorts reported since the rollout is lower than what would be expected in the general population.

But those very common clots aren’t the kind causing concern. Instead, the EMA said it will continue to look closely at two rare types of blood clots. It cited seven reports of a type that appears in multiple blood vessels and 18 reports of a kind called cerebral venous thrombosis, which occurs in a vein that drains blood from the brain.

That’s out of the 20 million people who have received at least one dose of the AstraZeneca vaccine in Britain and the EU.

Most of those cases were in people younger than 55 and the majority were women, the EMA said.

Experts said it will be critical to uncover if something predisposed those people to these rare clots. For example, before the pandemic, the brain-related clots almost always occurred in people with certain risk factors such as taking birth control pills, or any of a list of underlying conditions that affect clotting.

Sabine Straus, head of the EMA’s safety committee, said birth control pills are “a distinct possibility” that will be investigated.

She also said experts found “no evidence of a quality or a batch issue” linked to any particular manufacturing site.

Ann Taylor, AstraZeneca's chief medical officer, welcomed the EMA's findings and added: "We trust that, after the regulators’ careful decisions, vaccinations can once again resume across Europe.”

The World Health Organization previously said it saw no evidence the vaccine was to blame for the clots. AstraZeneca's vaccine is central to COVAX, the U.N.-backed project to supply COVID-19 shots to poorer countries around the world.

AstraZeneca is expected to apply in the coming weeks for U.S. authorization for its vaccine. The U.S. now relies on vaccines from Pfizer, Moderna and Johnson & Johnson.

Britain was not among the countries that suspended use of the vaccine. On Thursday, ahead of the EMA's announcement, Britain's drug regulatory agency said there is no evidence the formula causes clots, and it urged people to continue getting the shot.

Like the EMA, however, British regulators followed its counterparts on the continent in urging people to seek medical attention if they suffer headaches that last for more than four days after vaccination or bruising beyond the injection site after a few days.

The pause in vaccinations with AstraZeneca's formula comes as tens of thousands of new daily cases have prompted new lockdown measures in Italy, caused hospitalizations in France to spike and led German officials to announce a third surge of COVID-19 has begun.

“Rarely has an immunization program been more important to the well-being of a population,” said Pauline Paterson, co-director of the Vaccine Confidence Project team at the London School of Hygiene & Tropical Medicine.

In yet another setback, however, British officials said the country is facing a shortfall in vaccine deliveries that may delay the start of shots for people under 50 in the coming weeks.

The EU has an estimated 7 million unused doses of the AstraZeneca vaccine.

Clinical trials are typically done in tens of thousands of participants. As a result, extremely rare side effects often aren't detected until a vaccine has been used in many millions of people, long after the product has reached the market.

For example, it took nearly a year after vaccination campaigns began against the 2009 swine flu pandemic for European officials to notice an increase in narcolepsy in children and teenagers who got the GlaxoSmithKline vaccine.

“It’s right to investigate any potential signals of problems, but you can do that while you continue immunization,” said Michael Head, a senior research fellow in global health at the University of Southampton. “If we pause the vaccine rollout every time there’s a possible signal, it won’t be much of a rollout.”

Head cautioned that there are costs to going slowly: The longer the coronavirus is allowed to circulate widely, the more chance it has to mutate into a deadlier version.

“People may well be more hesitant to take an AstraZeneca vaccine when immunization resumes," he said. "And this is at a time when we need to stop the virus circulating to the reduce the chances of further variants emerging.”