Gov. Andrew Cuomo acknowledges the worries around the delta strain in low vaccination rate neighborhoods but says the overall picture is positive -- and he'll allow NY's longstanding COVID-19 State of Emergency to Expire on Thursday

City officials had been offering the service to homebound residents and are expanding it as they try to entice more people to get COVID-19 vaccinations.

“We are going to keep innovating new ways to get people the vaccine,” de Blasio said.

The presence of the delta variant, the COVID-19 strain that the nation's top infectious disease doctor describes as the "greatest threat" to America's pandemic recovery, has been increasing in the city and across the country in recent weeks.

That has fueled renewed urgency on the vaccination front, as experts from Dr. Anthony Fauci to CDC Director Dr. Rochelle Walensky expect delta to become the dominant strain in the U.S. as the more contagious U.K. strain once did.

Delta, known as B.1.617.2, now accounts for 5.6% of recent positive samples studied in New York City, up from 4.9% in health officials' report two weeks ago. It has also been reclassified as a "variant of concern" since that previous update, which means there's scientific evidence the strain is likely to cause higher risks of transmission, reinfection or severe illness, as well as reduced vaccine effectiveness.

The B.1.1.7 strain, the one that first emerged in the U.K. and became the dominant strain in the U.S. earlier this year, is still the most common COVID strain in the five boroughs. That has also been linked to more severe outcomes and is considered a variant of concern.

That variant was also the most dominant in the U.S. in the last two-week period studied by the CDC, accounting for 60.3% of samples studied. Delta now appears to be following the same pattern as that strain, Fauci said, accounting for 20% of current U.S. cases (up from about 10% two weeks ago). It's roughly doubling every two weeks. 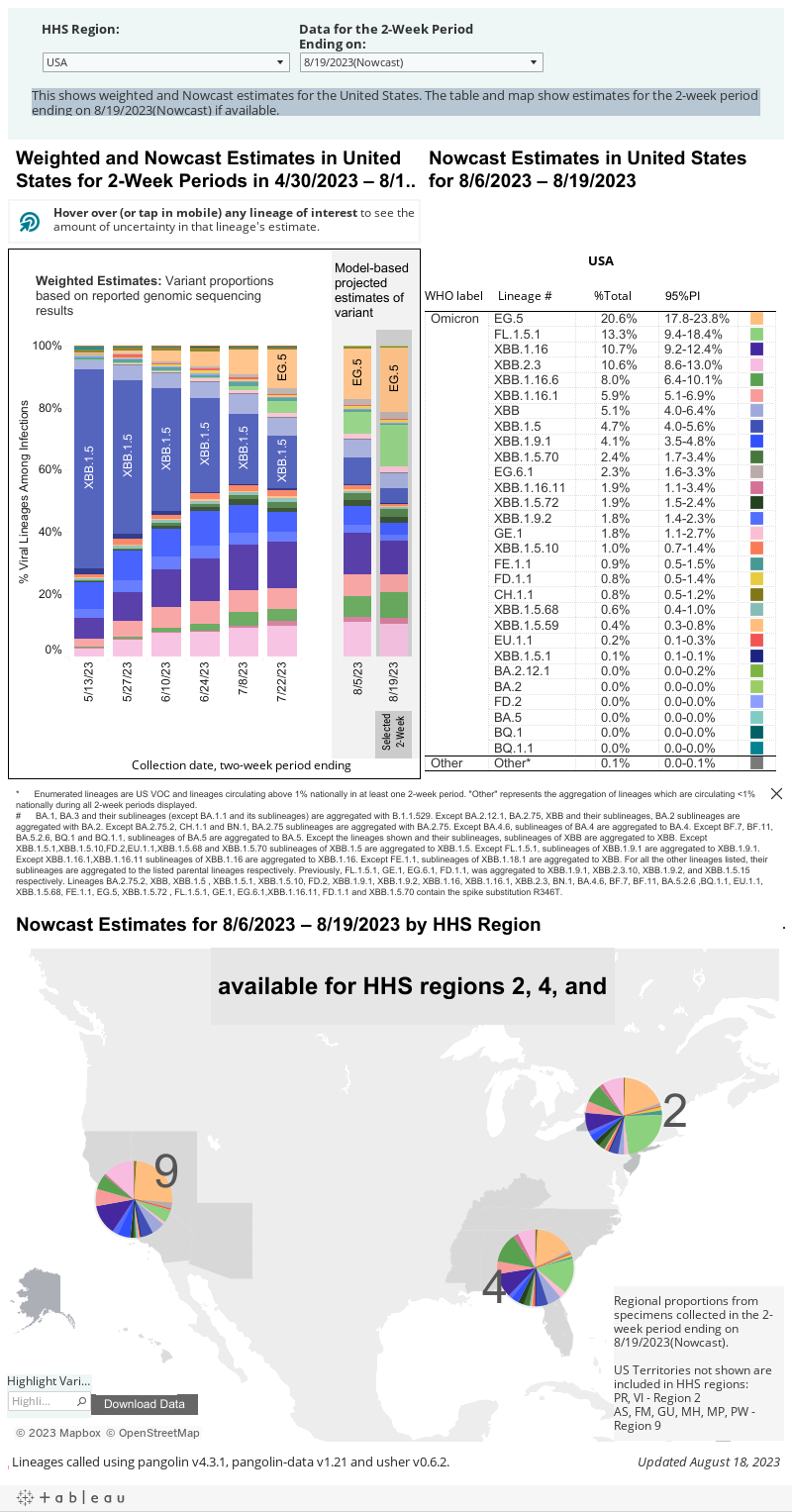 Studies indicate delta is around 60% more transmissible than the U.K. strain, now known as alpha under the World Health Organization's naming system. Alpha was the first widely tracked variant that proved more contagious than the original strain that emerged in Wuhan, China, and started the global pandemic.

Despite the transmissibility and worse outcome concern over delta, new daily cases in New York City and across the U.S. have plunged in recent months, along with new hospitalizations and deaths, as more people have gotten vaccinated. De Blasio said 9 million doses have been administered in the city so far.

Fauci and President Joe Biden are reiterating their pleas to Americans to get dosed, while Walensky issued a similar message late last week as she warned delta would likely become the dominant strain in the U.S.

"As worrisome as this delta strain is with regard to its hyper transmissibility, our vaccines work," Walensky said. If you get vaccinated, "you'll be protected."

The pace of national vaccinations has fallen off dramatically in recent weeks though as the crush of Americans eager to get dosed subsided, leaving a pool of more hesitant or otherwise less inclined adults to get their shots.

The White House acknowledged Tuesday that Biden will fall short of reaching his goal of vaccinating 70% of all American adults with at least one shot by Independence Day.

To date, 65.5% of U.S. adults have had at least one vaccine dose, while 56% are fully immunized. Both ratios fall, to 62.6% and 53%, respectively, when the entire eligible population (those 12 and up) is considered, the latest CDC data shows.

All three tri-states, meanwhile, have reached their respective vaccine milestones ahead of schedule. Connecticut was the first to do so, while Cuomo marked New York's achievement -- 70% of adults getting at least one dose -- with a statewide fireworks display and removal of most remaining COVID restrictions early last week.

New Jersey, which has also reported an increasing prevalence of the delta strain (it accounted for 7.3% of samples sequenced in the last four weeks), hit Gov. Phil Murphy's vaccination benchmark of 4.7 million adults by June 30 last Friday.

Officials at all levels of government have been targeting younger people in their latest vaccine pushes, seeing them as more likely to be convinced to get dosed now than their longer-eligible counterparts who have chosen to not get vaccinated yet.

Americans at the highest risk for complications from COVID-19 are overwhelmingly vaccinated, according to CDC data, but only 53% aged 25-39 have received one dose. Among those 18-24, it's 47.6%.

It's lower for eligible teenagers (28.8% among 12-to-15-year-olds and 41.9% among 16-to-17-year-olds), but those are the age groups where vaccination rates have picked up as more incentives have rolled out lately.

When Cuomo announced the first winners of his college scholarship incentive program earlier this month, about 7.7% of kids age 12 to 15 were fully vaccinated. That number is now 22.2%.

Nearly 150,000 young people have gotten vaccinated since the governor first announced the program, up from 49,000 in the week leading up to the very first drawing. Cuomo revealed the latest winners on Wednesday (see all the winners):

The five-week program runs through June 30, and Cuomo urges all to take advantage, even in the face of a new and concerning coronavirus strain.

"Today is not a day where we're going to talk about COVID numbers. There are no charts. We know where we are," Cuomo said Wednesday as he announced New York's longstanding COVID-19 State of Emergency would be permitted to expire on Thursday. "It will punctuate the state of emergency that we have been in."

New Yorkers will still have to wear masks on public transit, hospitals, nursing homes, correctional facilities and homeless shelters, in accordance with federal guidance. Students and staff still have to wear masks at schools indoors until the end of the school year — though the Department of Health didn't say Wednesday whether that rule applies for summer school, for example.

But Cuomo's announcement Wednesday means public meetings, for example, no longer must occur virtually. And bars and restaurants will no longer be able to sell wine, liquor and cocktails to-go, according to the state liquor authority.

Nationwide at least 15 states have made cocktails to-go permanent, while 12 states have extended to-go sales, according to Lisa Hawkins, spokesperson for the Distilled Spirits Council. She called New York's failure to pass the bill “shocking and extremely disappointing” for the state's hard-hit hospitality industry.

The governor also announced the state was planning a Circle of Heroes Monument -- a display of 19 maple trees in a circle recognizing 19 essential workers (and symbolizing the contributions of all of them) -- that will be built in Battery Park City, within view of the Statue of Liberty. An eternal flame in the center will honor the tens of thousands of New York lives lost to COVID-19 in the pandemic.

It is expected to be completed by Labor Day. The governor also announced $25 million in childcare scholarships for essential workers would be awarded starting Wednesday.

"We are eternally grateful for what you did," Cuomo said.