Gov. Andrew Cuomo detailed an updated plan to expedite the vaccine process in New York after saying that the process was moving too slowly.

Nationwide, the vaccine rollout has been riddled with logistical issues, confusion and a slowdown in vaccinations over the recent winter holidays. As of Tuesday, CDC data shows about 4.5 million people have received their first dose in the U.S., well below the Trump Administration's 20 million goal for December.

Amid the rollout frustration nationally, vaccine distribution and administration has become a local point of contention -- and the first subject in some time on which Gov. Andrew Cuomo and Mayor Bill de Blasio are at outright odds.

According to the governor, who shared the state's updated plan Tuesday despite it being his usual on-cam off day, the new distribution process consists of three focus areas: nursing homes, hospitals and what Cuomo calls "special efforts."

The governor announced Tuesday the state would be stepping in to expedite nursing home vaccinations, even though the nursing homes program is run by the federal government.

Cuomo's goal is to give all residents and staff in those facilities their initial shots over the next two weeks, adding, "that would be a very big deal."

“[Nursing home vaccinations have] not moved as quickly as we would have liked to see it move. The state is now going to step in and expedite that program. We would like to see all nursing home residents vaccinated – first shots – within two weeks. They are doing the staff along with the residents. That would be a very big deal," he said.

There are 194 total hospitals in the state of New York with 24 of them being public. Cuomo said all hospitals need to act quickly in vaccinating their healthcare workers in order to prevent a superspreader scenario.

Cuomo once again reiterated his "use it or lose it" pledge as far as hospitals and the vaccines and said, "If a hospital is not competent and can't do this, we'll use another hospital, so I need the best hospitals, with the best management, in the best systems as part of this effort bc it’s literally a matter of life and death."

Cuomo noted that, so far, 900,000 vaccines have been distributed for 2.1 million healthcare workers -- less than half of what is needed. He said the slow rollout was in part due to a "supply issue" as well as a "dissemination issue."

However, Cuomo said that if a hospital has vaccinated their healthcare workers and has vaccines left over, they should contact the state so that the vaccines can be taken to other essential workers. 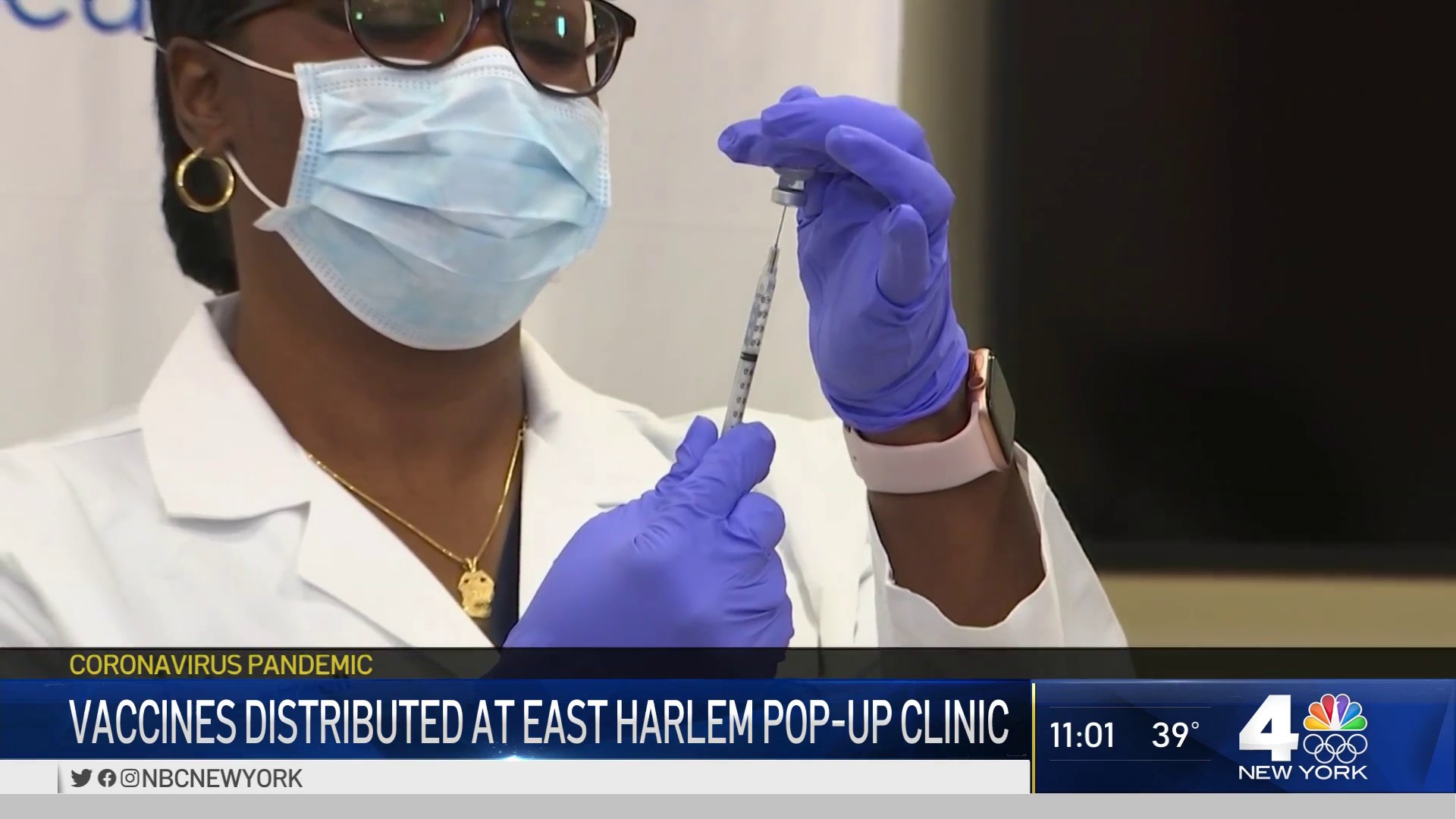 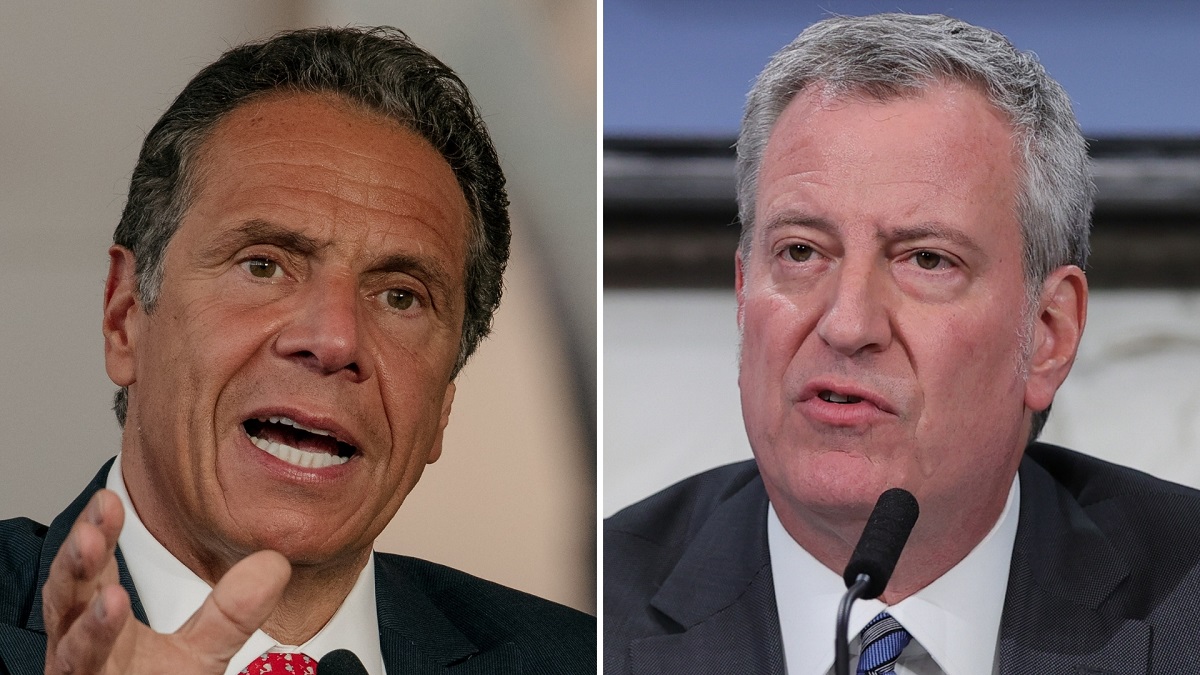 The "special efforts" part of the distribution process will focus on state-sponsored efforts, according to Cuomo, which include setting up vaccination drive-thrus and pop-up locations in churches, community centers and other locations as well as social equity efforts to reach the most vulnerable populations, including the Black and Hispanic communities.

According to the governor, the state is already underway in organizing and preparing its vaccine distribution plan for when inoculation becomes available for the general public starting with the roughly 2.5 million individuals who fall into the 1b category -- next on the list to get vaccinated. This group includes essential workers and those 75 years old and up.

Cuomo said that this "distribution system is going to outpace our supply system right now," describing being overly prepared as a good thing.

Currently, the state has identified 3,762 vaccination provider sites who will form part of the "retail" network part of the distribution plan. These sites are comprised of pharmacies, private urgent care clinics, county health departments, federally-qualified health centers and private doctor networks. Of those sites, 636 sites are already administering vaccines to eligible healthcare workers along with hospitals. (Cuomo noted that although he refers to these sites at "retail," the vaccines are free for all individuals.)

The governor is also calling on public agencies like police and fire departments, as well as teachers' and transit unions, particularly those with a large number of workers and members, to consider organizing and operating their own vaccine distribution plan in order to alleviate the burden that will fall upon hospitals and the "retail" network, which at that time will be dealing with vaccinating the general public.

Cuomo said that the new plan for distributing and administering vaccines can work on a grand scale, but that the federal government still needs to provide additional vaccines.

"The distribution system outlined can deliver millions of doses, we are getting 300,000 per week. We have to wait for that to increase. Again there is a lot of possibility for the feds to increase supply but they have to," Cuomo said.