The number of confirmed coronavirus cases globally has topped 25 million, according to a tally kept by Johns Hopkins University.

The U.S. leads the count with just over 6 million cases, followed by Brazil with 3.8 million and India with 3.5 million.

The real number of people infected by the virus around the world is believed to be much higher — perhaps 10 times higher in the U.S., according to the Centers for Disease Control and Prevention — given testing limitations and the many mild cases that have gone unreported or unrecognized.

As of Sunday, the death toll in the United States from the virus has surpassed 183,900, according to NBC News data collection from health departments nationwide. 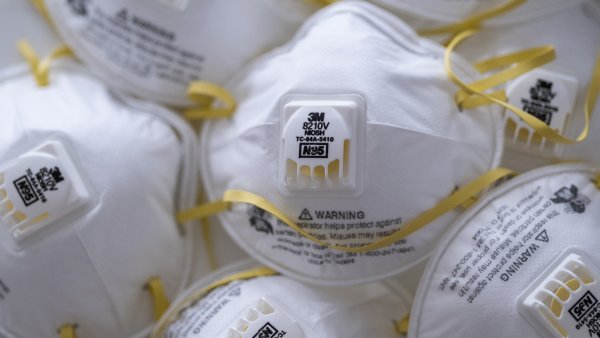 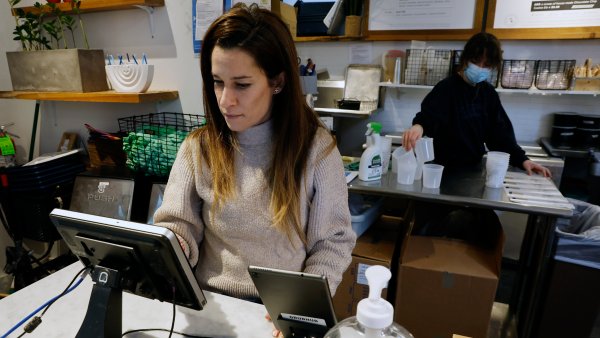 Of the COVID-19 cases, 58 were reported on Friday, NBC Philadelphia reports.

The Philadelphia university believes the cases were spread during "small social gatherings happening off-campus," according to a letter to the campus community emailed on Sunday.

The Hawaii Department of Public Safety says that three inmates and one staff member at the Oahu Community Correction Center tested positive for COVID-19.

There are now more than 300 people who have tested positive at the Honolulu facility, including 256 inmates and 53 employees, the Honolulu Star-Advertiser reported.

Early in the pandemic, several advocacy groups raised concerns about the safety of others crowded in jails and prisons statewide and mentioned the risk of an outbreak.

Since then, the Hawaii Supreme Court has had ongoing orders to release defendants incarcerated for misdemeanor and petty misdemeanor crimes to open space in the facilities.

The state Department of Health has reported more than 7,800 confirmed coronavirus cases and 59 deaths, including 265 newly confirmed cases and four deaths, as of Friday.

Health Agencies' Credibility at Risk After Week of Blunders

The credibility of two top public health agencies is on the line after controversial decisions that outside experts say suggest political pressure from the Trump administration.

First, the head of the Food and Drug Administration had to walk back exaggerated statements about the benefits of a new plasma therapy for coronavirus. Then the Centers for Disease Control and Prevention triggered a backlash from the medical community by rewriting its guidelines to recommend less testing.

The dual messaging blunders could damage the public's trust in both agencies, politicizing government health information and making it harder to control the deadly pandemic.

"I do worry about the credibility of the FDA and CDC, especially at a time when the capacity of the federal government to advance public health should be a priority for all policymakers,” said Daniel Levinson, former longtime inspector general of the Department of Health and Human Services, which oversees both the FDA and the CDC.

Arizona has reached a grim milestone of more than 5,000 known coronavirus deaths.

Meanwhile, Arizona State University President Michael Crow says 452 students have tested positive for the coronavirus. More than half involve students who live off campus in the metro Phoenix area.

Crow says 205 students are currently in quarantine on the Tempe campus.

Ralph Diaz will retire Oct. 1 after 30 years with the California Department of Corrections and Rehabilitation.

The governor praised Diaz for overseeing “incredible transformation as well as unparalleled challenges” and said he had “truly met the moment.”

Some lawmakers and advocates have recently been far more critical, particularly after a botched transfer of inmates from a Southern California prison spread the coronavirus throughout San Quentin State Prison near San Francisco. Twenty-six inmates and a correctional sergeant have since died there, and more than 2,200 inmates and 276 staff were infected at the peak of the outbreak.

Assemblyman Marc Levine on Friday called the outbreak at state prisons “a preventable public health disaster and a failure of the department's leadership at the highest level,” leading to the deaths of 57 inmates and nine employees statewide.

Navajo Nation health officials say the confirmation of a new death brings the number of fatalities from coronavirus to 500.

The Navajo Nation on Friday night reported the additional death as well as 14 more confirmed cases of COVID-19.

That brings the total number of people infected to 9,780. But that includes 165 cases that occurred between early April and mid-August and were recently identified as COVID-19 related.

Navajo officials said 94,099 people have been tested for the coronavirus and 7,032 have recovered.

The Navajo Nation lifted its stay-at-home order on Aug. 16, but is asking residents to go out for emergencies or essentials.

It’s unclear how many people are detained at La Palma, which has so far seen a total of 356 cases. There are more than 21,000 people in ICE custody on civil immigration violations nationwide, and 850 tested positive recently.

No other facility reported even close to as many cases as La Palma did on Friday.

Its clients at La Palma report that large sections of the detention center are locked down and that they’re being fed cold, boxed meals three times a day.

They fear that some of Trump's 1,500 guests may have been infected with the coronavirus and unknowingly infected others.

“I worry about these individuals infecting one another and most certainly going back to their home,” said Dr. Leana Wen, an emergency physician and public health professor at George Washington University who previously served as Baltimore’s health commissioner.

Trump's campaign released a statement from a former White House doctor it says is working with the Republican Party on these issues.

On Friday, North Carolina Sen. Thom Tillis said he “fell short of my own standard” and apologized for not keeping his face mask on at the White House.

Tillis, who is in a tough reelection bid against Democrat Cal Cunningham, has been consistent about talking up face coverings as a key method to slow the spread of COVID-19.

Fed Pressed to Expand Aid to Some Businesses

With the economy still in the pandemic’s grip, the Federal Reserve is facing a decision on whether to stretch an emergency lending program in a way that could bring more risk for the government and taxpayers.

Many lawmakers are asking the Fed to expand its lending to small and medium-sized businesses, by allowing companies to offer assets such as commercial properties as collateral.

They warn that hard-hit hotels and shopping malls could face a huge wave of foreclosures, hurting local communities and jobs across the country. But some critics say the Fed's plan would be risky.