Three members of the same New Jersey family have died from the coronavirus and four other family members remain hospitalized after testing positive for COVID-19 as cases continue to rise across the country.

Four more of Grace Fusco's children remain hospitalized with the coronavirus, three of them in critical condition, according to Paradiso Fodera.

"It’s completely devastating," Paradiso Fodera told NJ.com. "They will need the faith they’ve always embraced to get them through this overwhelming shock and profound grief."

Nineteen members of the family have been tested for coronavirus and are currently quarantined in their homes, so they have been unable to gather together to mourn those who have died, Paradiso Fodera said.

“If they’re not on a respirator, they’re quarantined,” Paradiso Fodera told The New York Times. "It is so pitiful. They can’t even mourn the way you would." 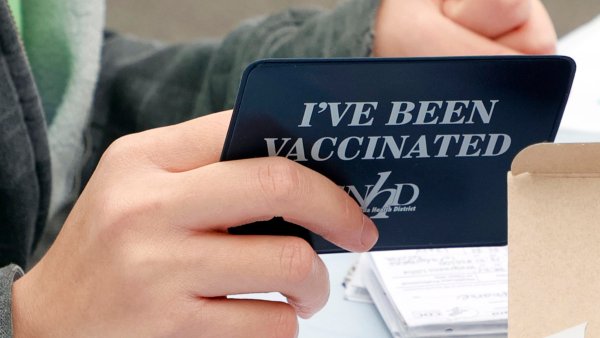 One of Grace Fusco's grandchildren and Fusco-Jackson's nieces, Gabba Gunga, expressed her grief on Facebook on Wednesday.

"My mom is one of 11, last Thursday I went to sleep having 10 aunts and uncles!" she wrote. "Friday I woke up and found out I only had 9, just a few minutes ago I found out I only have 8. Please hold your love ones close and cherish every second and minute you have together.

"Please say prayers for the rest of our family as they continue to fight for their lives."

Gunga, who is pregnant with her first child, made a follow-up post on Facebook Thursday after her grandmother's death.

"To know my child will never meet my nana her great nana, my aunt her great aunt and my uncle her great uncle is so heart breaking!" she wrote. "It’s earth shattering it’s unimaginable!

"But as much as I am broken my family is worse, all of my aunts and uncles lost a mother, a brother and sister. My cousins lost their mother. My uncle and aunt lost their spouse. We can’t mourn together, we can’t be together, when thats all we ever are, is together.

"Please pray for the other 4 members of our family still in the hospital. We can’t even visit them. Hug your family, take advantage of this time together, my family wishes we could be you!"

Gov. Phil Murphy announced Wednesday that 427 people have been infected in New Jersey. Three of the five people who have died across the state are from the Fusco family.

State officials believe the family's deaths are connected to John Brennan, 69, a horse trainer from Bergen County who was the first one to die from the coronavirus in New Jersey.

The Fusco family has longstanding connections to the horse-racing industry, according to The New York Times. A person who was in contact with Brennan was later at a large Fusco family gathering, New Jersey health commissioner Judith M. Persichilli told NJ.com Sunday.

New Jersey's largest city, Newark, has taken the measure of instituting an 8 p.m. curfew in which no one should be on the street unless there is an emergency or they are traveling to or from work.