As COVID Cases Skyrocket, Some Schools and Teachers Debate Return to Remote Learning

Some teachers say it may be time for New York City to increase testing and reconsider remote learning options, even though Mayor Bill de Blasio has said he's firmly against that

As omicron rages, the focus for many has turned to schools and how best to protect students.

Some teachers say it may be time for New York City to increase testing and reconsider remote learning options, even though Mayor Bill de Blasio has said he's firmly against that.

“I don’t know about you, but at my school, we sent dozens of kids home really sick, with high fevers," said teacher Kathryn Malara, exhausted and frustrated in an emotional video posted to social media. “You insisted these kids had to be in school, they could’ve been at home, healthy and learning remotely." 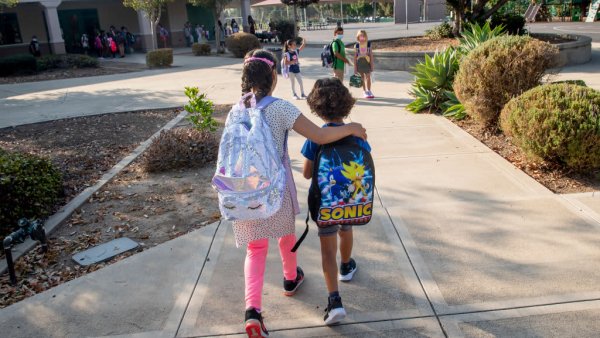 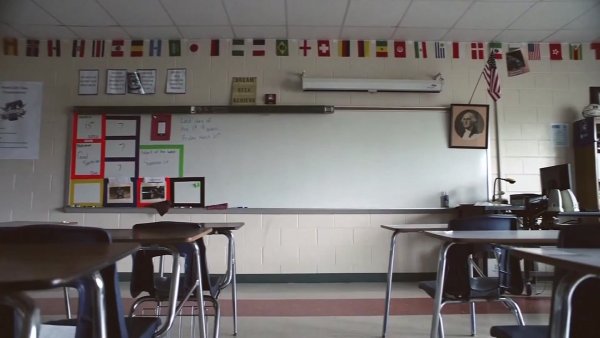 Malara is hoping the teachers union and city hall hear her plea, as the latest COVID variant now tears through the city at an alarming rate.

Requests for comment from the United Federation of Teachers, City Hall and incoming mayor Eric Adams' office were not immediately returned. Mayor de Blasio just last week insisted that schools are safe and closing them wasn’t even being considered.

“No, no, no. What did I learn? That’s what I learned," the mayor said about the prospect of closing down schools again. "This is not March 2020."

It's not just in the city where teachers and parents are beginning to grow concerned. On Long Island, change could be coming after winter break.

As schools head into their winter breaks, many face a decision upon return: Will they bring teachers and students back into the classroom, or will they return to remote learning until the surge from the omicron variant subsides more? NBC New York's Greg Cergol reports.

In a letter sent home to parents, Patchogue Medford’s schools superintendent said at least some of the 7000 plus students here might have to return to remote learning, after a doubling of COVID cases in schools in recent weeks. However, the letter stated that “this would only be a consideration if classrooms can’t be covered due to significant high absentee rate.”

The school district promised to make a decision by Dec. 30th. At least two other districts are considering a remote option as well.

In New Jersey, the fourth-largest school district in the state announced it will move entirely to remote learning for two weeks after the holiday break. Paterson Public Schools said Wednesday students and staff will be all-virtual from Jan. 4 to Jan. 18. Other schools in the state have done the same.

And in Mount Vernon, in the suburbs north of New York City, the city school district implemented fully virtual instructions this week. The district said remote schooling will be in effect until at least Jan. 18, 2022.

Back in the city, Malara believes the time to act is now.

"This cant continue, we’re drawing from an empty well. There’s nothing left to give, teachers are burnt out, upset," she said.