Monday's numbers on the first day of the citywide in-school campaign bring the total number of NYC kids ages 5 to 11 to get vaccinated for COVID since last week to 24,000

In an effort to vaccinate the newly eligible, Gov. Kathy Hochul announced a new vaccine incentive that will prepare youngsters for college in the years to come.

Hochul announced Tuesday the "Vaccinate. Educate. Graduate" plan. The incentive calls for any children in the 5 to 11 age group who gets vaccinated to be part of a pool in which the state will select 50 names of children who will receive a full ride to a SUNY or CUNY institution for college.

The winners will be announced during the course of five weeks, starting on Nov. 22 to Dec. 20.

Statewide, Hochul said more than 350 New York school districts have already indicated in the days past they plan to host vaccine events for kids aged 5-11 since the announcement was made that children 5 to 11 years old are eligible to receive the Pfizer vaccine. The state already has more than 700,000 doses ready to be administered to children, with more than 300,000 destined for New York City.

More than 4,500 New York City students ages 5 to 11 got vaccinated on the first day of the citywide in-school drive, bringing the total dosed in that newly eligible age group to 24,000 since late last week, Mayor Bill de Blasio said Tuesday.

On the first day of vaccinations for young kids at NYC schools, some schools ran out of supplies due to the high demand. NBC New York's Gus Rosendale reports.

That's about 3.6% of the estimated 660,000 New York City kids of the age, officials said -- and a critical number considering city vaccine sites didn't even start offering Pfizer's regimen to those until Thursday, barely 36 hours after the CDC gave its OK.

The number is expected to climb considerably over the course of the next few days, with roughly 200 pop-up sites a day in public schools across the city that serve that age group through Monday. In total, about 1,070 schools will host vaccine sites.

De Blasio announced Tuesday that 24 new mobile vaccine sites would be stationed outside of schools to help meet demand, which he says has been higher than expected considering numbers for the 12-to-17-year-old student vaccine drives.

More vaccinators have also been added -- and the mayor says more in-school vaccine days are on the table, too, if the interest is there. 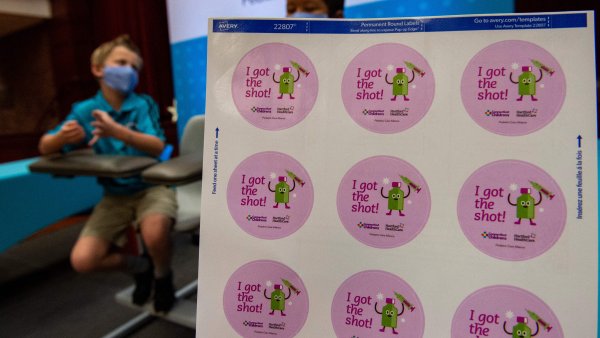 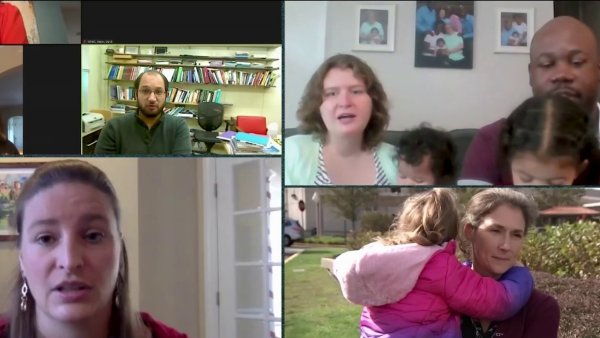 A number of parents did experience significant lines early Monday -- and at least one school ran out of vaccines before all the interested kids could get dosed. The city has said it will redistribute Pfizer doses as needed to meet shifts in demand.

The Department of Education has been making a big push this week to give all students age 5 and up a vaccination opportunity. Kids must have a parent or guardian with them when they get inoculated at school.

Verbal consent can also be provided by phone, though some schools may require in-person supervision on a case-by-case basis. Click here to find the consent form, list of school vaccine sites and when they open.

The in-school drive won't see a repeat in three weeks, when the kids who get their first doses this week need to get their second shots to complete their series.

When asked whether he's worried that kids will only get one dose of the two-dose series due to the nature of the pop-up vaccine sites, de Blasio has said he's confident parents will follow up on the second shot elsewhere.

If demand for second shots in schools is higher than expected, he said the city will reevaluate. It's just one other convenient option, officials say -- and there are plenty of others if this one doesn't work for all.

Parents can already take their kids to get the Pfizer shot at city-run vaccine sites, where their kids are eligible for $100 incentives, pharmacies and private providers. Appointments are recommended but not required. Walk-ins are accepted.

Kids who get the COVID vaccine should be able to go maskless in school, says Dr. Alok Patel. "I can't wait to see those kids with their bright, smiling shining faces again," Patel says. He answers all our questions about the COVID vaccines being approved for administration to children.

The Biden administration also plans to send a letter to U.S. elementary schools in the next week asking them to host clinics, while his Department of Education is urging schools to host town halls and webinars where parents can talk to doctors. Hochul said that over 65% school districts will have in-school vaccination clinics for students.

Hochul also announced that over 75 percent of all New Yorkers are fully vaccinated.