Positive coronavirus cases in the U.S. topped 10 million on Sunday, accounting for one in every five recorded cases globally, that's according to tallies kept by Johns Hopkins University and NBC News.

The rise in numbers continue to alarm tri-state officials who have either warned of tightening coronavirus-related restrictions heading into the fall and winter months, or have already put their states on a path toward the restrictions first implemented in the spring.

New York Gov. Andrew Cuomo said the next two months are critical to maintaining some kind of control over the virus while vaccine preparations continue. 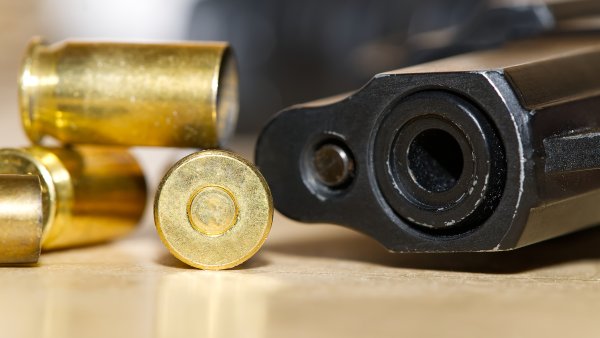 "Look we're coming up to the worst two months that we may have seen vis-a-vis COVID," Gov. Andrew Cuomo said Sunday on "This Week with George Stephanopoulos." "Scientists said this was going to happen and you're seeing it in the Fall with the cold coming back, and we're going to have a long two months."

Despite the state's best efforts, the virus has spread through clusters in a handful of counties, bringing the positivity rate above 2 percent for the first time since June. New York reported back-to-back days this weekend with a positivity above 2 percent, with the highest on Sunday at 2.37.

Double-digit death counts continue in New York, with another 18 dead from the virus, Cuomo said Sunday. In the last week alone, a total of 120 New Yorkers died from COVID-19, according to the state's data.

Gov. Andrew Cuomo is deploying National Guard troops to airports across the state to make sure arriving travelers have proof they recently tested negative for COVID-19.

Gov. Phil Murphy shared deep concerns last week of the growing virus spread in his state, which has seen hospitalizations triple in the last seven weeks. New Jersey's daily case totals have skyrocketed in recent weeks. 3,207 cases were reported on Saturday, the highest in the state since April.

The statewide transmission rate is 1.23, meaning each sick person infects more than one other person. That's an active outbreak. His health commissioner says most of the new cases are not easily traced back to a single exposure and are likely related to routine gatherings in private homes. On Thursday, she urged New Jerseyeans to wear masks even when with their own families.

No state has been untouched by the latest U.S. surge. Gov. Ned Lamont rolled back some of Connecticut's reopenings this week; his Phase 2.1 took effect Friday. He took additional steps Thursday, issuing a statewide public health advisory for people to stay home and limit nonessential outings between 10 p.m. and 5 p.m. Lamont also asked Connecticut residents to keep Thanksgiving celebrations to 10 people or less. He hopes limiting the size of private, indoor gatherings will limit community spread and make tracking and tracing easier.

The number of cases worldwide surpassed 50 million on Sunday, according to John Hopkins University. The same day, the U.S. saw its virus total cross over 10 million. At least 1,000 people died from the virus Saturday for a total of more than 239,000 nationwide. Health officials warn that the U.S. could reach 2,000 deaths per day by January.

President-Elect Joe Biden used his victory speech to highlight the agenda items his administration will tackle first, starting with the coronavirus pandemic.

Many had hoped that a new administration could turn the tide of the country's grip on controlling the spread of the virus.

President-elect Joe Biden signaled on Sunday he plans to move quickly to build out his government, focusing first on the raging pandemic that will likely dominate the early days of his administration.

Biden named a former surgeon general, Dr. Vivek Murthy, and a former Food and Drug Administration commissioner, David Kessler, as co-chairs of a coronavirus working group set to get started, with other members expected to be announced Monday.