What to Watch Today: Stock Futures Mixed as the Market Turns Its Eyes to the Fed

Futures were mixed in Wednesday morning trading as investors digested more retail earnings and awaited minutes from July's Federal Reserve meeting. Futures contracts tied to the Dow Jones Industrial Average fell about 60 points, while the S&P 500 was flat and the Nasdaq pointed a touch higher. The moves come following a rough day Tuesday for the market that saw the S&P 500 experience its worst performance in nearly a month. The market also was watching housing numbers for new starts and building permits.

Bond yields rose slightly Wednesday amid a wobbly start for stocks and ahead of the Fed minutes. Fixed income investors will be watching for signs that the central bank is prepared to start reducing the pace of its monthly bond purchases – tapering, in market parlance. Yields have reacted little to news in recent days that tapering is likely to start before the end of the year. The benchmark 10-year Treasury note most recently yielded 1.28%, up 2 basis points on the session.

More retailers topped earnings estimates, with Target also raising its forecast for the year due to a bustling back-to-school shopping season. Lowe's also beat the Wall Street view, though the home improvement chain said same-store sales fell 1.6% in the quarter. Those results reflected Home Depot's a day before that showed the do-it-yourself frenzy during the pandemic is cooling off. 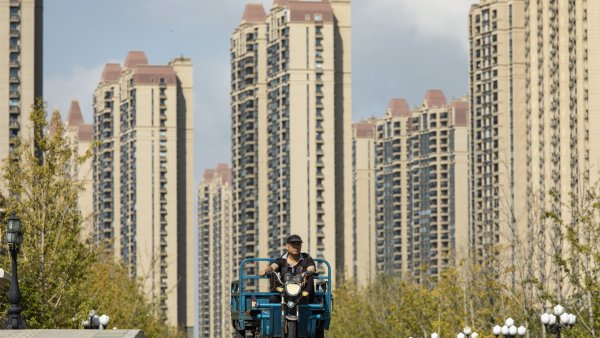 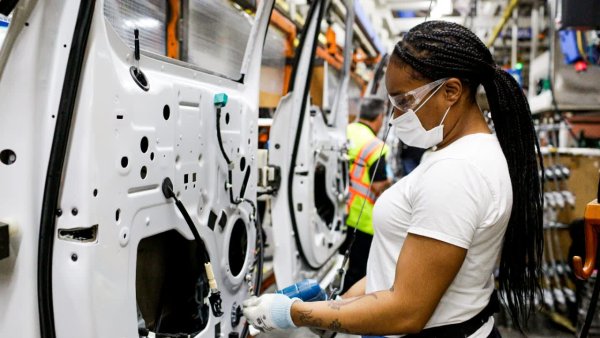 Evacuations from Kabul's Hamid Karzai International Airport picked up pace Wednesday and the Taliban insisted that women and members of the press will have rights under the newly installed government. More than 2,200 diplomats and other civilian workers have so far been evacuated on military flights, Reuters reported, citing an unnamed security official. A Taliban spokesman told reporters that "nobody will be harmed" as the nation transitions, despite multiple reports of human rights violations.

Lowe's (LOW ) reported an adjusted quarterly profit of $4.25 per share, beating the consensus estimate of $4.01. Revenue beat forecasts, and the same-store sales decline of 1.6% was less than the 2.2% drop predicted by analysts. Lowe's also raised its full-year financial outlook, as spending by builders and professionals rose. Lowe's rallied 4.3% in the premarket.

Krispy Kreme (DNUT) fell a penny shy of Street forecasts with an adjusted quarterly profit of 13 cents per share, though revenue did beat estimates. The doughnut retailer also gave a better-than-expected revenue forecast, based on projected strength from online ordering and new menu items. The stock added 2.9% in premarket action.

Alcon (ALC) surged 9.8% in the premarket, after the maker of eyecare and surgical products reported better-than-expected quarterly results and raised its full-year guidance. The quarter marked the debut of Alcon's Vivity intraocular contact lens, which analysts say will help drive sales growth.

Moderna (MRNA) rose 1.6% in premarket trading while BioNTech (BNTX) gained 1%, ahead of an expected announcement by the White House calling for a booster shot for Americans already fully vaccinated against Covid-19.

Following an investigation, T-Mobile (TMUS) – now says the personal information of about 7.8 million customers was compromised in a recent data breach. That included dates of birth, social security numbers and driver's license information, although no financial information was stolen.

Shares of media giant Viacom (VIAC) gained 2.7% in premarket action after Wells Fargo Securities upgraded the stock to "overweight" from "equal weight." Wells Fargo said ViacomCBS is one of the players poised to benefit from industry consolidation and it is also impressed by the upcoming programming slate for the company's Paramount+ streaming service.

BlackBerry (BB) said it released software patches to fix an issue with older versions of its QNX operating system and has notified all customers. U.S. officials had said earlier yesterday that the software flaw could put cars and medical equipment at risk. The communications software maker's shares gained 2.3% in the premarket.

Tilray (TLRY) shares surged 8.1% in premarket trading, after the Canada-based cannabis producer struck a deal to buy $166 million in convertible debt of U.S. producer MedMen Enterprises. Canadian producers cannot yet directly own a U.S.-based marijuana business, but Tilray could be poised to benefit from the deal if and when U.S. laws change.

Agilent Technologies (A) gained 1.9% in the premarket after the life sciences company beat top and bottom-line estimates for its latest quarter and raised its full-year forecast. Agilent said its metrics were upbeat across all its units and added that its non-Covid diagnostics business has recovered beyond pre-pandemic levels.