Sitting Out the Season: A Record Number of Americans Say They Won't Be Buying Holiday Gifts This Year

Code Tenderloin, a nonprofit group serving the homeless in San Francisco, said it has about $7,000 worth of gift cards to hand out to those who need the extra financial assistance over the holidays.

In recent weeks, requests from members of the community have poured in for food, clothing and gifts. Others are merely seeking Code Tenderloin's help to put a roof over their heads on a rainy evening. And those solicitations will likely only mount as the holiday season drags on, said Donna Hilliard, executive director at Code Tenderloin. 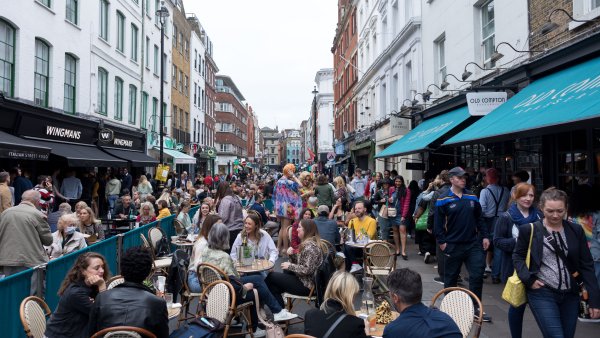 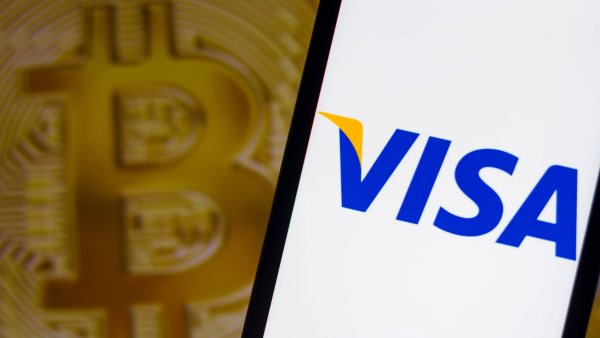 "While everybody is going through their day-to-day, super excited about this holiday season, we have a whole community of folks who are stressed out," said Hilliard in a phone interview. "We're seeing more demand this year than we've ever seen."

The dynamic that Code Tenderloin witnesses playing out in San Francisco speaks to a bigger wealth gap that has only accelerated during the Covid-19 pandemic and will be especially evident over the holiday season. Predictions for holiday sales are rosy, with the National Retail Federation, the industry's biggest trade group, calling for historic gains of 8.5% to 10.5% from year-ago levels. But the growth is largely being driven by a wealthy fraction of consumers. Meanwhile, a record-high amount of people aren't expecting to partake in any gifting, according to one survey.

'Folks are freaking out'

The rising prices for fuel, grocery items and other goods are weighing on many shoppers' minds. Consumer confidence hit a 10-year low in November, according to the University of Michigan Consumer Sentiment Index, as inflation climbed to the highest levels since the early 1990s. Shoppers are spending, but they're increasingly nervous about opening their wallets.

"The people who had already been struggling before the pandemic right are really struggling now," said Hilliard. "And everyone that has spent their stimulus are coming in now. Now that the rent moratorium is gone, folks are freaking out."

This holiday, 11.5% of people plan to sit out the season by not spending anything on presents, gift cards or other items for entertaining, according to a survey by Deloitte. That's a record amount of Americans on the sidelines, for as long as the consulting firm has been keeping track.

"This tale of two holidays is a pretty good reflection of the tale of two pandemics, right?," said Stephen Rogers, executive director of Deloitte's consumer industry division. "What starts off as a health crisis turns into a financial crisis if you're in the lower-income [bracket]."

Big spenders mask those not spending

Karthik Easwar, an associate professor at Georgetown University's McDonough School of Business who specializes in consumer psychology, said he agrees that the pandemic's economic impact has been stark and uneven.

For some Americans, it has meant a lost job, a lengthy furlough or added health risks as they worked on the frontlines in an hourly retail position. For Americans in white collar jobs, it simply meant a change of venue from the company office to the home office. Meanwhile, these workers socked away savings from canceled vacations, summer camps and other activities, as the value of the stocks in their retirement accounts grew.

"We all experienced the pandemic, but some experiences were very different for different parts of our society — especially our workforce," said Easwar. "We are seeing the effects of that, still."

Several key economic indicators point to recovery, however. The unemployment rate has fallen. There are more job openings than people looking to fill them. And a tight labor market means many employers are raising wages and sweetening perks. Macy's, for example, is investing $35 million over the next four years to give its workers an education program that will cover 100% of tuition, books and fees.

But an economic divide will still be playing out this holiday season in who can afford to spend lavishly and those who feel like they have little room to spend at all, said Easwar. Some retailers will cater to the big spenders. Their spending along with higher sticker prices will likely mask the drop among financially strapped consumers, he said.

"There are consumers that are looking to spend a lot. And if I spend $5,000 on a trip to Disney and then a few thousand dollars on fancy and expensive gifts for my family, or buy a new car ... that's going to outweigh a host of people who aren't spending the $700 they might normally spend," Easwar said.

Neiman Marcus, known for its affluent shoppers, puts out an annual holiday catalog that features over-the-top "fantasy" gifts. This year's copy includes a 30.86-carat diamond, called the Mughal Heart, that's going for a whopping $6.1 million. Among the listed items is a Moet & Chandon champagne vending machine on sale for $38,000. The department store said it has already sold several.

Lana Todorovich, president and chief merchandising officer at Neiman Marcus, said the company has seen its customers getting a head start on their holiday shopping this year and spending more money per transaction.

"We are seeing a lot of activity that is earlier and more robust than in previous years, which really speaks to their anticipation and excitement," she said. "We are also selling an extraordinary amount of gowns, dresses, and our tuxedo sales are extremely high."

On the other end of the pricing pendulum, however, discount retailers and dollar stores are trying to keep costs low for those shoppers who are buying on budgets.

Last week, Walmart CEO Doug McMillon and Target CEO Brian Cornell both pledged to maintain low prices — even if that ate into profits — saying consumers are looking for value, especially as inflation drives the price of pantry staples and household items up.

"That's our purpose," Walmart CEO Doug McMillon said in an interview with CNBC's "Squawk on the Street." "We save people money and help them live a better life. Those are the words that came out of [Walmart founder] Sam Walton's mouth. He loved to fight inflation. So do we."

Inflation has been widespread — even dollar stores have had to take increases. Dollar Tree is bumping its price floor to $1.25, in an attempt to offset the pressure it faces from increased freight costs. But it still believes that the slightly higher price is competitive.

"We believe that at $1.25, it's still going to be an undeniable value because of what [shoppers are] seeing out in the marketplace," said Dollar Tree CEO Michael Witynski, on an earnings call this week.

A separate Deloitte survey found that of the 70% of people who had already kicked off their holiday shopping by late October, 54% said they were spotting higher prices compared with last year. And about one-third of consumers said they increased their holiday budgets from what they were planning in September. Deloitte polled 1,200 consumers from Oct. 21 to Oct. 25.

But not everyone has that same flexibility to just decide to spend more money.

"It's just going to be tough on a fair number of folks," said Rod Sides, vice chairman of Deloitte's retail distribution practice. "When gas prices, food prices and those kinds of normal things continue to rise at the pace that we're seeing, there's this uncertainty that says, 'I probably don't need to splurge on that particular item, because now I have to cover my rent, and maybe I didn't before.'"

Price sensitivity aside, there might also be some consumers who are sitting out the holidays because they still have anxiety from the pandemic, according to Easwar. Either they lost a loved one due to the coronavirus or they're still nervous about catching it.

Before it pivots to gift giving and doling out gift cards, Code Tenderloin said it's been busy trying to secure enough turkeys to cook for Thanksgiving meals this week.

"We are just getting bombarded," said Del Seymour, executive director at Code Tenderloin. "And this is an enormously wealthy city."