Jeff Blackburn, Amazon's SVP of business and corporate development, is leaving the company after a year-long hiatus, adding to a recent turnover among Amazon's leadership ranks.

Blackburn, who went on a one-year sabbatical in 2020, was considered one of CEO Jeff Bezos' top lieutenants during his 22-year tenure at Amazon and was often mentioned as a potential successor to Bezos. Blackburn had roles in a range of businesses throughout his time at the company, including Amazon's Prime Video streaming unit, its Amazon Studios film division, Amazon Music and its advertising unit.

News of Blackburn's departure and his farewell memo were previously reported by GeekWire. An Amazon spokesperson confirmed his departure to CNBC.

Blackburn announced his exit from the company in an internal memo sent to members of Bezos' S-Team, a tight-knit group of over a dozen senior executives from almost all areas of Amazon's business, such as retail, cloud computing, advertising and operations.

Blackburn's departure from Amazon is significant. He has long been a close adviser to Bezos and has deep roots at the company, having joined Amazon after working on the company's IPO as a junior investment banker at Deutsche Bank.

"I did the Excel models, wrote chunks of the AMZN IPO prospectus, etc.," Blackburn wrote in the memo. "One of the things that sticks with me to this day is that I was the one who carried all the team's heavier bags during our three weeks of global travel. 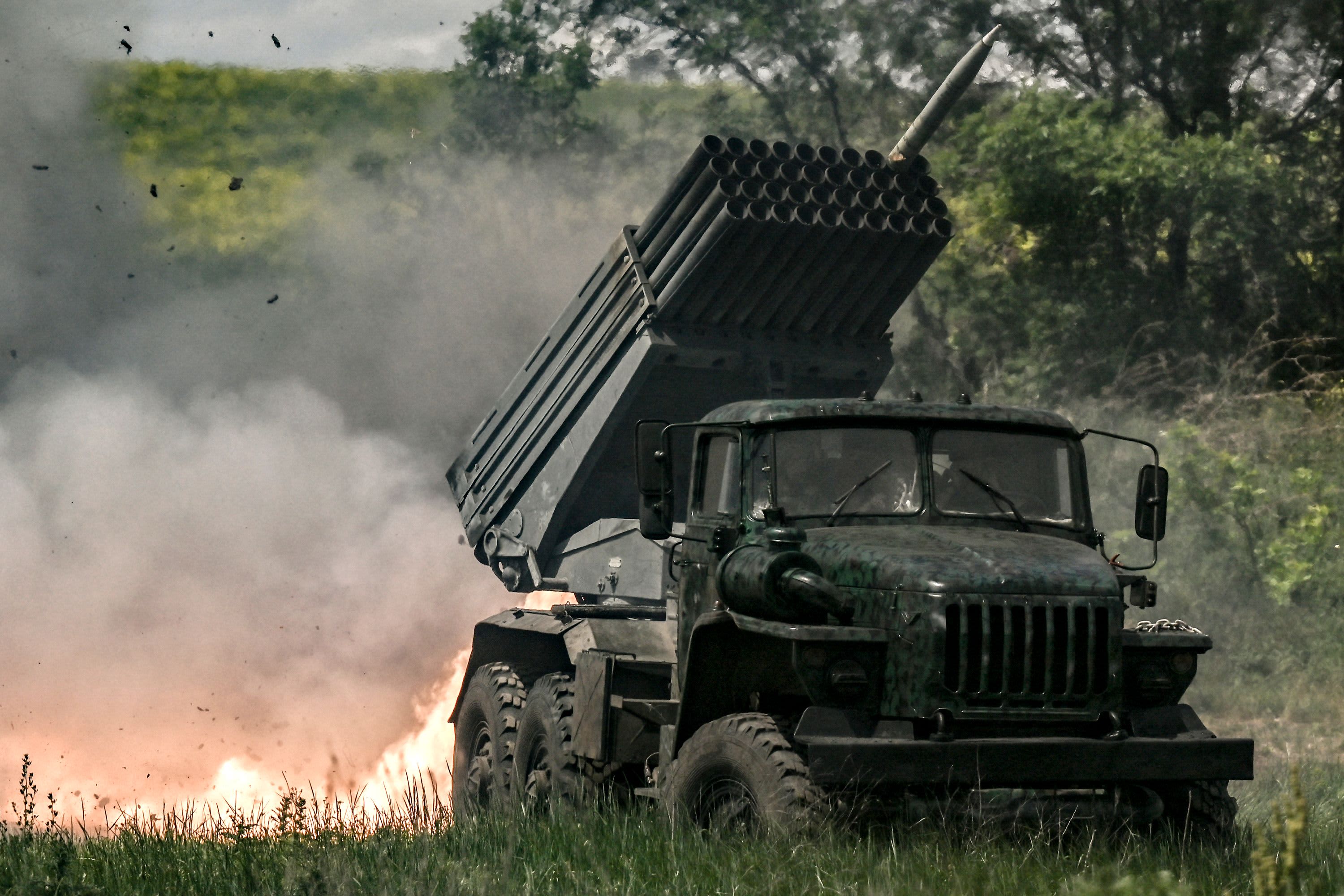 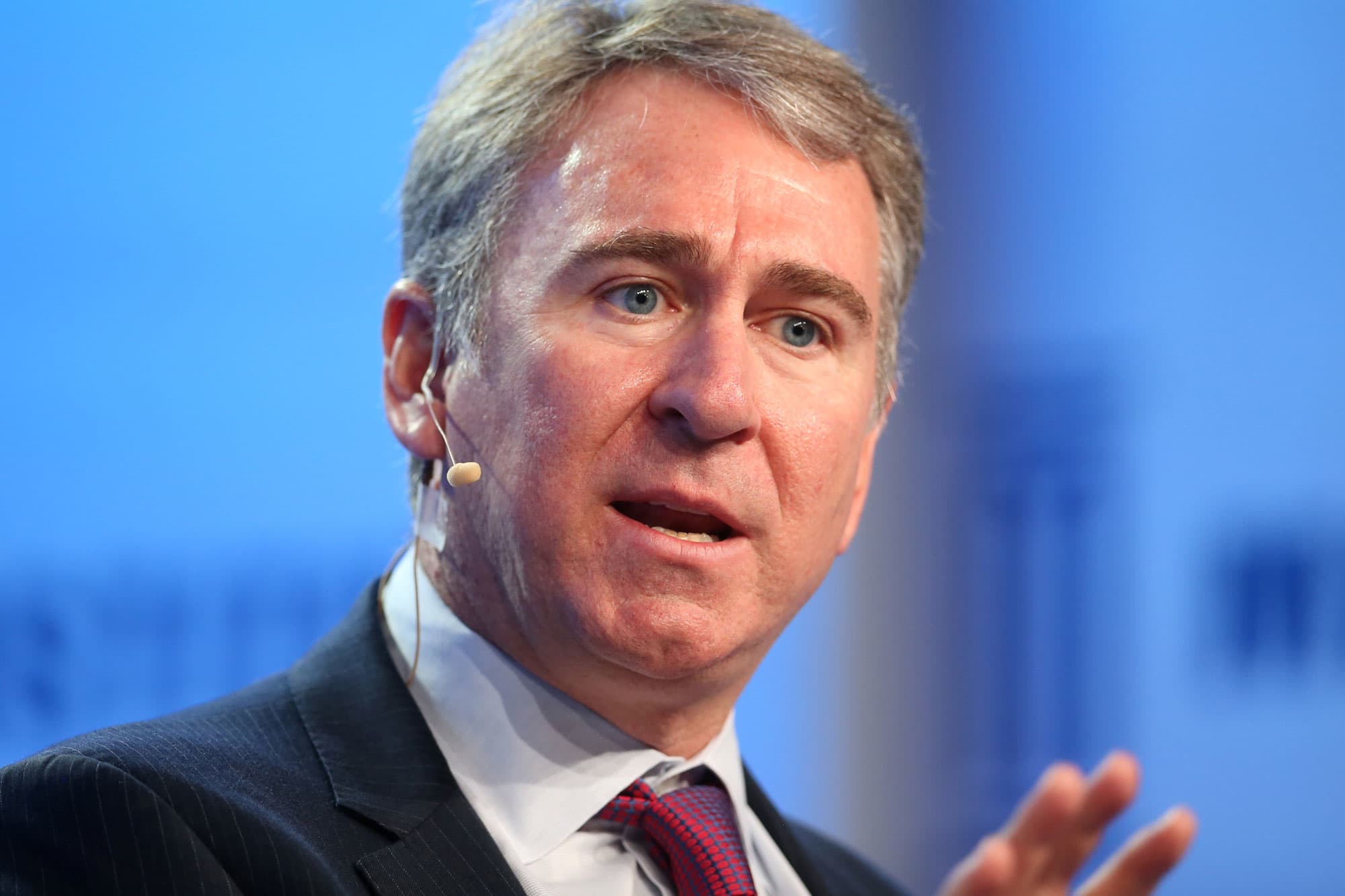 Ken Griffin Says Fed Has Not Done Enough, Must Continue on Its Path to Reset Inflation Expectations

"I joined Amazon full-time soon thereafter...During my 22 years, I'd like to think I never stopped helping carry those heavier bags," Blackburn added.

Blackburn wrote in the memo that he isn't retiring and "will have news on what's next for me soon."

In a response to Blackburn's memo, Bezos thanked Blackburn for his more than two decades of leadership and praised him for being "a builder." He added: "When you talk, I find myself leaning in and listening carefully — always."

Blackburn's move away from Amazon comes as Bezos prepares to leave his post as CEO later this year, turning the helm over to the company's top cloud boss ,AWS CEO Andy Jassy.

Here's the full memo Blackburn sent to the S-Team and Bezos' response to the memo:

S-team:  I have an important update for you all, one I know you've been waiting on for a long time...  The "too many Jeff's" bug that's been bothering many of you for two decades has been fixed!  Over the years, we've always had multiple Jeff's on s-team—Jeff Wilke, Jeff B, myself, and for a time Jeff Holden.  It's actually how I became "jblack" to many of you and to employees across Amazon. Wilke's retirement meant one less Jeff, and today, I'm taking it down to just the original.

I am officially leaving Amazon today.  In late 1996, I was a junior investment banker at Deutsche Bank, assigned to a potential Amazon IPO project.  I did the excel models, wrote chunks of the AMZN IPO prospectus, etc.  One of the things that sticks with me to this day is that I was the one who carried all the team's heavier bags during our three weeks of global travel.  There was no Zoom or Chime, so it was quite a grueling process back then.

In early 1998, I was told by the legendary CFO Joy Covey, that the website might become more than books… "you need to just come up here now, trust me."  Wow, you mean like Tapes & CDs & VHS? Done.

I joined Amazon full-time soon thereafter.  I would do a lot of building with you all – 3P marketplace, M&A and BusDev teams, A9, Advertising, Amazon Music, Prime Video, Amazon Studios.  During my 22 years, I'd like to think I never stopped helping carry those heavier bags.  The newer initiatives, the ones that took extra courage and long-term thinking by our team.  And I hope that, on the margin, I pushed s-team and Amazon to be even more bold, see around corners, think big.  With the core business in as strong a position as it's ever been, I know that's what customers will want from you over the next decade.

Terrific new s-team leaders have stepped into these big roles and are continuing to build and boldly invent.  I admire and particularly commend your leadership for the past 11 months: watching the company execute during COVID has been astonishing – your teams deliver Amazon's best when the best is most needed.

I want to thank you all for your friendship, teamwork, and support.  What an amazing 22 years it has been together – I will cherish it, forever.  I'm not retiring and will have news on what's next for me soon.

Of course, today, I am formally giving up "jblack@".  I have just one request—that I forever stay "jblack" in the halls of Amazon.  It'd be an honor,

From: Jeff Bezos
To: S-team
Subject: RE: Forever "jblack"

It was a lucky day for us when you got assigned to that IPO roadshow. Watching you as that junior investment banker, it was easy to see your wicked smarts — fully on display. But who knew you'd be so driven by a relentless urge to invent and pioneer? From marketplace and advertising to the launch of Prime Video and Amazon Studios, you've been a builder. And you've helped all of us in everything — not just the things you directly led. You have judgment and your viewpoint is never redundant. When you talk, I find myself leaning in and listening carefully — always.

Thank you for more than two decades of leadership. For pushing us all to keep exploring. For carrying all of those bags.

Though it's not quite ready to be shared, jblack has kept me in the loop on his next chapter, and I can assure you it's a very exciting one! I predict that Jeff will be every bit as amazing in his new role as he's been in all his roles at Amazon. Easy prediction. Big congrats to you, Jeff.