The non-alcoholic beverage industry skyrocketed this past year as consumers shift from booze-filled nights to prioritizing their health and wellness.

While some people are cutting back entirely, others are switching to beverages that taste like their favorite tipples, but without the alcohol. Once thought to be a passing — even mockable — trend, non-alcoholic wine, beer and more recently spirts — are now found in bars, restaurants and grocery stores around the world.

Most consumers of these drinks aren't giving up alcohol for good though. Alcohol analysis firm IWSR said 58% of no- and low-alcohol consumers still drink but in moderation.

"Coming through the pandemic, there's even more of a need... to socialize and connect with friends and family, and drinking is... a core element of that," said Jeff Menashe, founder and CEO of the beverage company Demeter & Co. 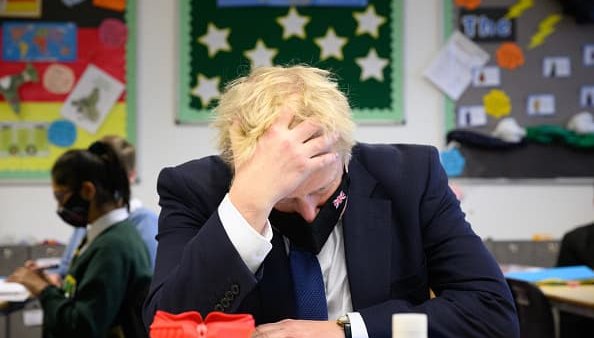 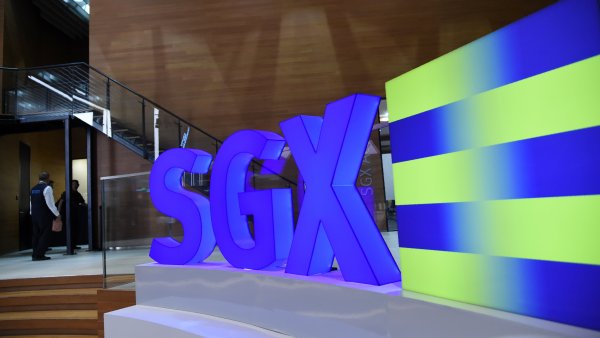 The difference is now people want to "drink healthier," he said.

Consumers are willing to pay

Whether it's gin, tequila, vodka or rum, non-alcoholic spirits startup CleanCo claims its line of beverages taste like the real thing.

Their price points aren't too different either.

A 700-mL bottle of Hendrick's gin costs around $40, while CleanCo's non-alcoholic version sells for about $25.

But this isn't stopping consumers from footing the bill. According to the data analytics firm NielsenIQ, sales of non-alcoholic beverages rose 33.2% in the past year, with $331 million in total sales.

Non-alcoholic beer and cider sales grew by 31.7%, but more notably sales of non-alcoholic spirits grew 113.4% during the same period.

The cost is justified by the time and effort needed to create non-alcoholic drinks that have the same taste, aroma and mouthfeel as traditional spirits, said CleanCo's Chairman Justin Hicklin.

"We use eight, or nine different... distillation techniques to be able to extract flavors," he said. "That's an enormously complex thing to do — and quite costly."

Hicklin said the juniper used in the company's non-alcoholic gin is from a single source supplier in Bulgaria — the "very best juniper you can buy."

CleanCo entered the U.K. market in 2018 after founder Spencer Matthews saw significant upside in the once vastly underrepresented industry. The brand partnered with Demeter & Co, which brought the company's non-alcoholic beverages to the U.S. market in October.

Menashe estimates there are between seven to 10 million potential consumers in the United Kingdom and another 12 to 15 million in the United States.

"We're focused on those two markets for the next two years," he said.

Bottles of non-alcoholic spirits made by Lyre's are even pricier. Founded in 2019, the company completed a £20 million ($26 million) funding round in November, with the business now valued at £270 million ($357 million).

"The products have ingredients that are procured from 39 different countries of origin in order to deliver the exact flavor profile," said Lyre's CEO Mark Livings. "Some of them are so complex that they have more than 36 different flavor notes."

Livings said the brand is in "hyper growth" mode with a bottle selling every 30 seconds.

"Pricing doesn't seem to be an issue for consumers at the moment," he said.

Interest up in Asia and the Middle East

The rise in demand for no- and low-alcoholic beverages is rapidly gaining momentum in Asia and the Middle East too.

Available in 60 countries, Lyre's three biggest markets in Asia are Singapore, Hong Kong and mainland China. The company expanded into Malaysia and eight countries across the Middle East, which have stringent regulations against alcoholic drinks.

"We're taking a very different tack [there] to how we're taking the rest of the world," said Livings. "We're doing it respectfully... making sure that we comply with all of the local laws and all... sensitivities."

Livings said it's an exciting time for the global spirits industry, which stands to add "a couple of extra billion people to it."

"You'd see the highest income earners or the very wealthy prioritize their health, but now it's starting to trickle down into all groups of consumers," he said.

Age is another factor. Younger people, who grew of age during wellness movements touting plant-based and organic food, are drinking less alcohol than the generations before them, according to research published by the International Journal of Drug Policy.

These are the 50 'best' bars in the world

Many people are flying private jet services for the first time. Here's what they're paying

Non-alcoholic spirits aren't being used by everyone, however. Hong Kong's Darkside, named the 49th best bar in the world in 2021, relies on ingredients like coconut water, Sichuan peppercorns and kombucha rather than alcohol substitutes.

"We work with kombucha because not only does it create the flavor, but we have also noticed that much of the reason why people don't drink alcohol during social gatherings is because they are on a detox, alcohol-free diet plan or pregnant," said Arcadius Rybak, director of bars at Rosewood Hong Kong where Darkside is located.

"These categories of guests tend to never turn away a gut-beneficial kombucha," he said.

Even though non-alcoholic drinks are becoming "more of a norm than an anomaly," not everyone is inclined to try them, said Singaporean Eunice Tan.

Tan said she doesn't like the taste of alcohol, so products that mimic the taste of gin or bourbon wouldn't appeal to her.

"Because I've never been drunk, I don't know what the 'original' tastes like or the 'buzz' it gives," she said. "So no, I wouldn't go for an alcohol-free alternative... unless I was throwing a house party, and I wanted to cater to my guests."

Some non-alcoholic drinks aren't completely alcohol-free either. Non-alcoholic beverages are defined as containing less than 0.5% alcohol by volume, according to the IWSR. This is one reason addiction counselors recommend people with a history of alcohol abuse avoid these beverages, though opinions on the matter are mixed, according to Alcoholics Anonymous' website.

Until recently, teetotalers could choose from mocktails, soft drinks, juice or water in bars and restaurants, which wasn't good enough for some.

"Mocktails have always been overly sweet and kiddy... I could mix OJ and 7 Up myself," said Tan. "When I'm dining out or at a bar, I'd appreciate creativity and thoughtfulness from the establishment in catering to adult tastes."

Dan Durkin, the food and beverage director at The American Club Singapore, said response was positive after the social club introduced non-alcoholic spirits from the U.K.-brand Seedlip.

"If you have a gin and tonic made with Seedlip gin, you would feel like you were drinking the real deal," he said.

In addition to health and religious reasons, he said people request these drinks because they don't want to "appear out of place while out with friends or colleagues." Others want options other than "just a plain old soft drink, but something more interesting and crafted," he said.

Some restaurants, such as Cloudstreet in Singapore, are even pairing non-alcoholic drinks with the food.

"We did not want to exclude our non-drinking guests from a complete experience," said Vinodhan Veloo, Cloudstreet's group beverage manager. "We even serve... the pairing in the same wine glasses for consistency."

"I remember going into a restaurant 20 years ago that didn't offer a vegetarian option," said CleanCo's Hicklin. Similarly, "bars today would not survive if they only pushed alcoholic drinks."