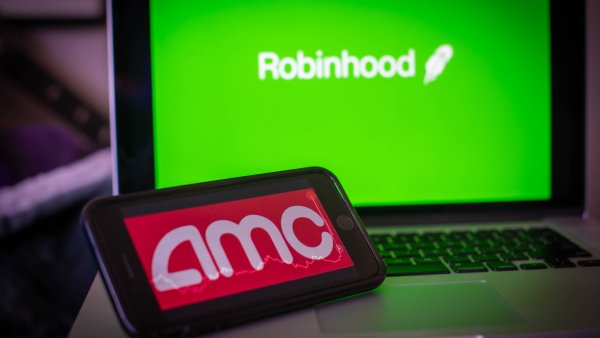 A Google VP's Father's Day Letter to His Asian American Kids: 5 Lessons to Learn When You're Older

While specs for Nothing's earphones haven't yet been revealed, Pei hints that they will be minimalistic in terms of features. Rather than "20 different levels" of noise cancellation, for example, Pei says people only need a maximum of two or three settings. Nothing's products will also have a "retro futuristic" design, Pei said, adding that the company spent a lot of time perfecting its design philosophy.

"We want to bring this element of human warmth back into our products," Pei told CNBC in an interview.

"Products are not just cold electronics," he added. "They're designed by people and intelligently used by people. It feels like product companies (today) are run by large corporations."

Pei hopes his new company Nothing, which is based in London, will shape the consumer tech industry in the same way that Apple's iMac G3 shook up the PC market in the late 90s and early 2000s. "Today it's like the PC industry in the 80s and 90s, where everybody made grey boxes," he said.

The 31-year old tech entrepreneur says he was once Apple's "biggest fan" but that, over the last couple years, "it just felt like, as a whole, innovation has slowed down a lot."

Apple's iPhone was a game changer, ushering in a shift to touchscreen-based mobile phones and apps that have spawned several billion-dollar companies. But some feel the modern smartphone industry has stagnated, introducing only minor updates each year, albeit at higher prices. Major companies are attempting to refresh smartphones with superfast 5G wireless internet and even folding displays.

"There's a general feeling of, 'Why should I upgrade my tech?' because each new generation is sort of similar to the previous one" Pei added. "In the past, people were so optimistic about technology. But now people are indifferent. And there must be a way of breaking the cycle."

Apple declined to comment when contacted by CNBC. Apple has made a number of improvements to the iPhone over the years, including 5G and its powerful new A14 Bionic chip. Other recent product launches include new high-end iPads, colorful iMacs and lost-item trackers called AirTags.

Pei was born in Beijing but grew up in Sweden. He remembers his uncle, who worked for Nokia, used to give him old handsets to play around with. Pei dropped out of college in 2011 to work in the Chinese smartphone industry. Now, the entrepreneur is starting over, taking aim at consumer tech giants like Apple and Samsung.

Pei's new venture has been shrouded in mystery over the last few months, but he has sought to generate hype on Twitter with cryptic posts and raised 1.24 million euros ($1.5 million) from loyal crowdfunding investors in March.

Pei says he's frustrated with having to download different apps for each of his smart devices. Instead, he wants to build an ecosystem of tech that's all supported by the same software, taking a leaf out of Apple's playbook.

"We see a future where technology is everywhere but also nowhere," said Pei. "The first step for us is to create an ecosystem of smart devices that can connect seamlessly with each other."

However, it won't be easy. Hardware is a notoriously tricky market to crack.

"The first rule of hardware is that it's known to be hard — it's complex and capital intensive," Tom Hulme, general partner at Alphabet's venture capital arm GV, an investor in Nothing, told CNBC.

"If you make a mistake, that can have devastating effects on the company," Pei said. "A lot of investors shy away from it and, as a result, there might be less competition."

Total sales of true wireless earphones — buds without any cables — reached 233 million units in 2020 according to Counterpoint Research, with Apple's AirPods accounting for almost one third of the market. Counterpoint forecasts the market will grow 33% to 310 million units this year and expects Apple's market share to wane amid competition from new entrants.

Nothing has attracted an impressive lineup of investors, including Alphabet's GV, iPod inventor Tony Fadell, Reddit CEO Steve Huffman and YouTube star Casey Neistat. The company is aiming to raise funds again either later this year or early 2022.

"We have enough runway for a few years," he told CNBC. "But I think we're looking to raise, maybe end of year or early next year, as our first products are out in the market or as our future products are starting to get more final."