One Year After the Jan. 6 Capitol Riot, Here's Where Justice Department and House Investigations Stand

One year has passed since the deadly riot at the U.S. Capitol, when a violent mob of then-President Donald Trump's supporters forced Congress into hiding and temporarily halted the transfer of power to President Joe Biden.

The invasion, from the initial breach of the outer security perimeter to the moment the building was finally deemed secure, lasted about seven hours. But its impact is still reverberating, especially in Washington, where political battles stemming from the riot have deepened the already-stark partisan divisions on Capitol Hill.

A year on, little has been resolved — and some fights are just getting started. 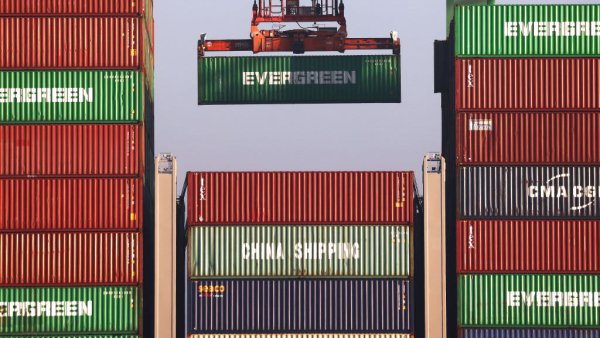 GDP Grew at a 6.9% Pace to Close Out 2021, Stronger Than Expected Despite Omicron Spread 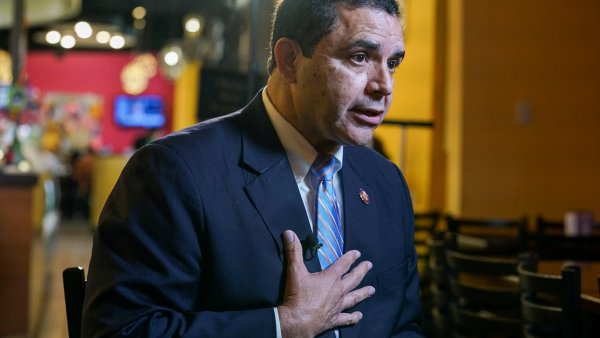 The Department of Justice has charged hundreds of rioters, and it is still looking for hundreds of others suspected of assaulting police officers during the riot. Attorney General Merrick Garland has vowed to take "as long as it takes and whatever it takes for justice to be done."

A House select committee investigation into the invasion appears to be steadily ramping up, with more subpoenas possibly on the horizon as it prepares to hold weeks of public hearings on its findings. Trump's lawyers have asked the Supreme Court to block the panel from receiving a trove of White House records as part of the probe.

A series of lawsuits accusing Trump and his allies of bearing responsibility for the riot are also ongoing, with the most recent ones being filed Tuesday by police officers who defended the Capitol.

Some Democrats have also evoked Jan. 6 in their legislative push to strengthen voting rules, amid what some experts warn are a growing number of election-subversion efforts in numerous states.

"I think that it's easy to get preoccupied" with the violence of Jan. 6 "and to ignore the way that there were parallel efforts to use formal legal authorities to derail vote counting," said Aziz Huq, law professor at the University of Chicago and co-author of "How to Save a Constitutional Democracy."

Speeches on the anniversary

Meanwhile, Trump, whose role in the Capitol riot is a central focus of the select committee, remains the de facto leader of the Republican Party and has openly teased the possibility of running for president again in 2024.

His lies about the 2020 election being "rigged" against him through widespread fraud have gone mostly unchallenged by Republican officials, who have also mostly avoided talking about the Capitol invasion itself. Even some Republicans who initially blamed Trump for the riot, or resigned from his administration in protest, have since either kept silent or renewed their support for him. Trump was set to hold a press event on the anniversary, but he canceled it.

The few in the GOP who continue to vocally criticize Trump, such as House select committee members Reps. Liz Cheney of Wyoming and Adam Kinzinger of Illinois, have faced a backlash from their own party.

Democratic leaders, in contrast, plan to shine as much light as they can on the riot, and Trump's role in it, during a program of events Thursday at the Capitol.

Biden, Vice President Kamala Harris and others spoke at the Capitol on Thursday morning. Biden's remarks focused on what he sees as the threat to democracy posed by Trump's efforts to overturn the 2020 election.

"The lies that drove the anger and madness we saw in this place, they have not abated," the president said. "So we have to be firm, resolute and unyielding in our defense of the right to vote and have that vote counted."

Lawmakers also held a prayer vigil on the center steps of the Capitol.

The DOJ probe, by the numbers

On Jan. 6, 2021, hundreds of rioters fought through lines of law enforcement officers and broke into the Capitol. They smashed windows, vandalized offices, made threats and, after lawmakers had fled, temporarily took over the Senate chamber. Some carried pepper spray, stun guns, blunt objects or other weapons.

Roughly 140 police officers who responded to the attack were assaulted, according to the Justice Department. Five of those officers have since died, including four from suicide.

The DOJ's investigation of the invasion has now grown into the largest criminal probe in U.S. history — and its work is far from over.

The numbers are staggering: In one year, the government has arrested and charged more than 725 people in connection with the riot. More than 325 of them were charged with felonies, including many for assaulting officers or corruptly trying to obstruct Congress' official proceeding. Ten were charged with assaulting members of the media or destroying their equipment.

But the FBI is still trying to identify more than 350 other people that it believes committed violence at the Capitol, more than 250 of whom may have assaulted officers.

The scope of the DOJ investigation is unprecedented, involving personnel from nearly every FBI field office and U.S. Attorneys' office across the country. The agency has issued more than 5,000 subpoenas and search warrants, seized about 2,000 devices and sifted through about 15 terabytes of data and more than 300,000 tips from the public.

"The actions we have taken thus far will not be our last," Garland said in a speech Wednesday.

"The Justice Department remains committed to holding all Jan. 6 perpetrators, at any level, accountable under law — whether they were present that day or were otherwise criminally responsible for the assault on our democracy," Garland said.

"We will follow the facts wherever they lead," he said.

Where the House probe is headed

The hearings aim to display in granular detail what happened last Jan. 6, both at the Capitol and in the White House, where Trump was watching the events unfold live. Trump waited hours after the attack began before posting a brief video online in which he told his supporters to "go home," adding, "We love you. You're very special."

The committee is tasked with investigating the facts and causes of the Capitol riot, in order to craft a definitive report on the event and make legislative recommendations to prevent anything like it from recurring.

The committee has issued 52 subpoenas, retrieved more than 35,000 pages of records, conducted more than 350 witness interviews and spent more than $400,000 since its formation in July.

It now appears to be expanding its investigation, as members say they want to hear directly from former Vice President Mike Pence. Trump had pressured Pence to reject key Electoral College votes for Biden when presiding over Congress on Jan. 6, but Pence refused.

The committee holds no prosecutorial power, but it can craft criminal referrals that Congress can send to the Justice Department for consideration. It has so far led the House to refer two people — former Trump advisor Steve Bannon and former Trump chief of staff Mark Meadows — to the DOJ for prosecution over their noncompliance with congressional subpoenas.

The DOJ has charged Bannon with two counts of contempt of Congress, to which Bannon has pleaded not guilty.

Cheney last month revealed a "key question" before the committee: "Did Donald Trump, through action or inaction, corruptly seek to obstruct or impede Congress' official proceeding to count electoral votes?"

Cheney's remarks suggested to some legal watchers that the committee is looking into whether Trump may have committed a crime.

On Tuesday, the committee also revealed it has asked Sean Hannity, the Fox News opinion host and a close ally and confidant of Trump's, to voluntarily cooperate with the probe. In a letter, the committee publicly disclosed texts that Hannity had sent Trump's aides before and after Jan. 6, expressing concerns and offering advice.

"Im very worried about the next 48 hours," Hannity wrote in a Jan. 5 text, the letter showed.