WASHINGTON – On Wednesday members of the world's most powerful military alliance will meet with top Russian officials in Belgium to discuss ways to prevent a fresh conflict over Ukraine.

The NATO-Russia Council meeting in Brussels follows a series of high-stakes talks between Washington and Moscow, triggered in part by an aggressive buildup of Russian troops on Ukraine's borders.

"I don't think we can expect that these meetings will solve all the issues," explained NATO Secretary-General Jens Stoltenberg during a press briefing this week.

For months, Kyiv has warned the U.S. and European allies that tens of thousands of Russian troops were massing along its eastern border. The buildup has evoked shades of Russia's 2014 annexation of Crimea, a peninsula on the Black Sea, which sparked an international uproar and triggered a series of sanctions on Moscow. 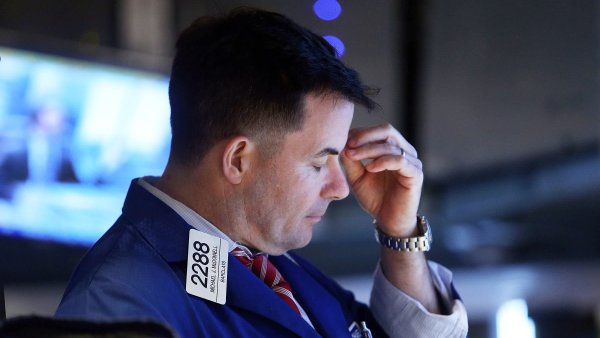 The Kremlin has previously denied that it was preparing for an invasion.

U.S. Deputy Secretary of State Wendy Sherman kicked off talks this week with her Russian counterpart on Monday in Geneva.

Sherman said that in her discussions with Russian Deputy Foreign Minister Sergei Ryabkov, which lasted for nearly eight hours, she conveyed the severe economic consequences the Biden administration was prepared to take against Moscow.

"We are very ready and aligned with our partners and allies to impose those severe costs," Sherman told reporters on a conference call following her meeting with Ryabkov.

"Those sanctions will include key financial institutions, export controls that target key industries, enhancements of NATO force posture on allied territory, and increased security assistance to Ukraine," Sherman said, adding that the Biden administration was coordinating measures with NATO allies, the European Council and G7 members.

Victoria Nuland, U.S. Under Secretary of State for Political Affairs, echoed similar sentiments on Tuesday during a press briefing.

"We are very confident in the consultations that we've been having with our allies and partners. We've been working at this for some two and a half months at every level from the president on down. We have, as I discussed in very broad strokes a common understanding of the kind of intensive financial measures we'll need to take," Nuland said.

"The U.S. may take one set of measures and Europe and other allies may take parallel steps that are not exactly the same but also painful to Russia because we have different economic exposure, but we are very confident that we are coming together around a fairly painful package," she added.

In a separate briefing for reporters, Ryabkov said that "no progress" was made following his discussions with Sherman in Geneva.

He added that it is "absolutely mandatory to make sure that Ukraine never, never, ever becomes a member of NATO."

"We need ironclad, waterproof, bulletproof, legally binding guarantees. Not assurances, not safeguards, but guarantees," he added of Ukraine's ambition to join the military alliance.

Since 2002, Ukraine has sought entry into NATO, where the group's Article 5 clause states that an attack on one member country is considered an attack on all of them. Russia has described NATO's eastward expansion as a "red line" that poses security threats to Moscow.

And during the most recent high-stakes call on Dec. 30, Biden reiterated concerns and renewed threats that his administration would "respond decisively" alongside allies and partners if Russia further invades Ukraine.

The Russian president has previously insisted that despite the deployment of more than 100,000 troops along Ukraine's border, Moscow is not preparing for an invasion of its ex-Soviet neighbor. Putin has also defended the right to deploy troops to its borders.

"One doesn't normally send 100,000 troops to a border, just to exercise. That is quite extraordinary and it is all on the border of Ukraine. So clearly, it is meant to send a decisive message," Sherman told reporters.

"I would note that none of this was notified to anyone and it is typical that we notify each other's exercises to each other where we can, and they [the Russians] can prove that in fact, they have no intention to invade by de-escalating and returning troops to barracks," Sherman added.

Pentagon spokesman John Kirby said Monday that the U.S. military had seen "no major changes" to the number of Russian troops along the border.

"They continue to have a sizable force posture to the east, to the north and even to the south. And we've seen no major changes to that," Kirby said.