The Interior Department's watchdog claimed in a new report Wednesday that police violently cleared protesters from a park outside the White House last June to allow a contractor to install security fencing, not to enable then-President Donald Trump to stage a widely criticized photo op while wielding a Bible.

But it also faulted the U.S. Park Police for failing to give dispersal warnings to the racial justice protesters that were loud enough for all of them to hear before the clearing of Lafayette Park began on June 1, 2020, with cops using rubber bullets and tear gas to accomplish the task. 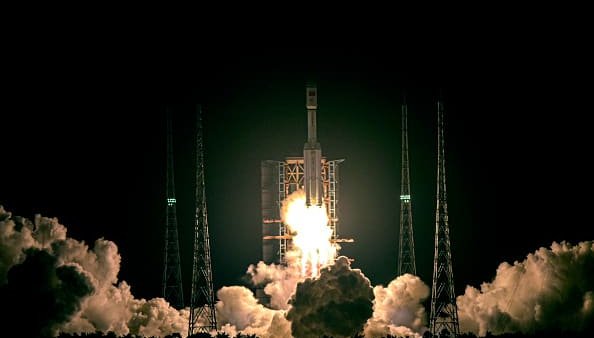 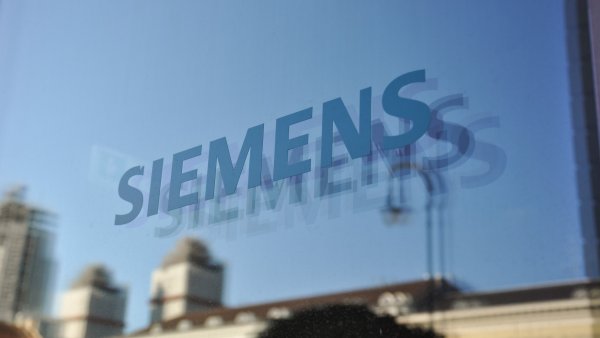 Siemens Hikes Growth Targets as It Continues Pivot Toward Tech

And the report by the Interior Department's inspector general specifically did not address claims of excessive force used against individual protesters and reporters by police, saying "those are the subject of separate inquiries as well as ongoing lawsuits."

The protests began around Lafayette Park on May 29, 2020, on the heels of the killing of George Floyd, a Black man, by Minneapolis police.

Eleven minutes later, the report said, Trump "walked from the White House through Lafayette Park to St. John's Church," which is nearby.

The Republican president, who had been critical of the protests that swept the nation on the heels of Floyd's murder, then held aloft a Bible so that television and still cameras could capture the image.

Trump was accompanied on his way through the park by then-Attorney General William Barr, then-Defense Secretary Mark Esper and U.S. Army Gen. Mark Milley, chairman of the Joint Chiefs of Staff, who was dressed in a camouflage combat uniform, not his dress uniform.

The report said that at 7:30 p.m., a contractor began assembling and installing the new fence and completed the work within about five hours.

"The evidence we reviewed showed that the USPP cleared the park to allow a contractor to safely install antiscale fencing in response to the destruction of Federal property and injury to officers that occurred on May 30 and May 31," wrote Inspector General Mark Lee Greenblatt in a statement released with the report.

The watchdog's report backed up Barr's claim, made less than a week after the incident on CBS News' "Face the Nation," that, "This was not an operation to respond to that particular crowd. It was an operation to move the perimeter one block."

"When I came in Monday [June 1] it was clear to me that we did have to increase the perimeter on that side of Lafayette Park and push it out one block," Barr said on the show. "That decision was made by me in the morning. It was communicated to all the police agencies."

The attorney general said "the media is missing" that fact in reporting about Trump's photo op.

"Moreover, the evidence established that relevant USPP officials had made those decisions and had begun implementing the operational plan several hours before they knew of a potential Presidential visit to the park, which occurred later that day," Greenblatt wrote.

"As such, we determined that the evidence did not support a finding that the USPP cleared the park on June 1, 2020, so that then President Trump could enter the park."

Greenblatt, during an interview later with NBC News, said, "We have no evidence that the attorney general ordered this operation."

"We have evidence from all of the key U.S. Park Police officials, who owned this decision, and the operational plan," the inspector general said. "They said they made the call and they were credible and all the corroborating evidence that we could find seems to support that finding."

Greenblatt also during the same interview discussed a section of the report that detailed how Barr had walked out of the White House and asked the police incident commander at the scene why protesters were still in the park when that commander warned him that "this is a very dangerous area."

"Why are the protesters here? Are they going to be cleared out for the POTUS visit," Barr said to the commander, according to Greenblatt.

"And that reflected to us the fact that he did not know that there was going to be a potential presidential visit," Greenblatt said. "And, as I said earlier, the machinations were already underway at that point for them to begin their clearing operation. So, we did not find that the attorney general's visit or his statements to the incident commander were the catalyst for them to then clear the park."

Trump later Wednesday released a statement thanking Greenblatt "for Completely and Totally exonerating me in the clearing of Lafayette Park!"

"As we have said all along, and it was backed up in today's highly detailed and professionally written report, our fine Park Police made the decision to clear the park to allow a contractor to safely install antiscale fencing to protect from Antifa rioters, radical BLM protestors, and other violent demonstrators who are causing chaos and death to our cities," Trump said.

"In this instance, they tried burning down the church the day before the clearing. Fortunately, we were there to stop the fire from spreading beyond the basement—and it was our great honor and privilege to do so. Again, thank you to the Inspector General!"