Federal Reserve officials at their meeting earlier this month expressed concern about inflation and said they would be willing to raise interest rates if prices keep rising.

The committee that sets interest rates for the Fed on Wednesday released the minutes from the November session where it first signaled that it could be dialing back all the economic help it's been providing during the pandemic.

Watch Now: ETF Edge on 2022 Outlook With One of World's Largest Value Managers 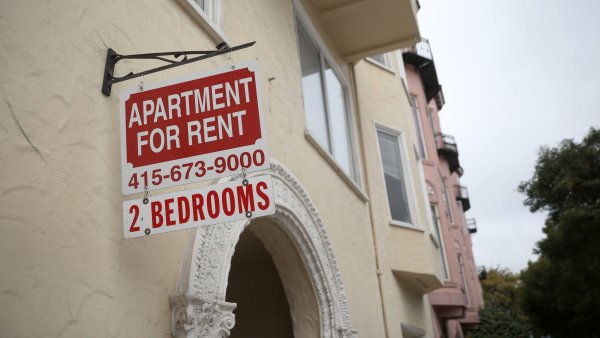 The meeting summary indicates a lively discussion about inflation, with members stressing the willingness to act if conditions continue to heat up.

"Various participants noted that the Committee should be prepared to adjust the pace of asset purchases and raise the target range for the federal funds rate sooner than participants currently anticipated if inflation continued to run higher than levels consistent with the Committee's objectives," the minutes stated.

Officials stressed a "patient" approach regarding incoming data, which has shown inflation running at its highest pace in more than 30, the years.

But they also said they would "not hesitate to take appropriate actions to address inflation pressures that posed risks to its longer-run price stability and employment objectives."

Following the two-day session that concluded Nov. 3, the Federal Open Market Committee indicated it will begin cutting back on the monthly bond-buying program that had seen it purchasing at least $120 billion in Treasurys and mortgage-backed securities.

The goal of the program was to keep money flowing in those markets while maintaining broader interest rates at low levels to boost economic activity.

In its post-meeting statement, the FOMC said "substantial further progress" in the economy would allow a $15 billion a month reduction in purchases -- $10 billion in Treasurys and $5 billion in MBS. The statement said that schedule would be maintained through at least December and probably continue going forward until the program wound down – likely by late spring or early summer 2022.

The minutes noted that some FOMC members wanted an even faster pace to give the Fed leeway to raise rates sooner.

"Some participants suggested that reducing the pace of net asset purchases by more than $15 billion each month could be warranted so that the Committee would be in a better position to make adjustments to the target range for the federal funds rate, particularly in light of inflation pressures," the minutes said.

Goldman Sachs says now's the time to buy these 7 stocks

That's important because inflation has gotten even hotter since the November meeting. In previous cycles, the Fed has raised interest rates to cool the economy, but officials have said they are willing to allow inflation to run hotter than normal to let the employment picture improve.

Markets, though, are anticipating a more aggressive Fed.

Traders in contracts that bet on the future of short-term rates are indicating the Fed will raise its benchmark rate three times in 2022 in25 basis point intervals, though current official projections are for no more than one hike next year. However, those markets are volatile and can change quickly depending on the signals the Fed sends.

FOMC members expressed concern at the meeting that the continued high inflation readings could influence public perception and "expectations were becoming less well anchored" to the Fed's 2% longer-run target.