While much of the world has been focused on environmental, social, and governance issues over the past few years, more recently, cracks are starting to show in the way companies are working to solve ESG challenges.

Eileen Murray is the chairperson at the Financial Industry Regulatory Authority and the former co-CEO of the world's largest hedge fund, Bridgewater Associates. She sat down with us to talk about how to increase accountability in ESG reporting and the need for government regulation in the space. 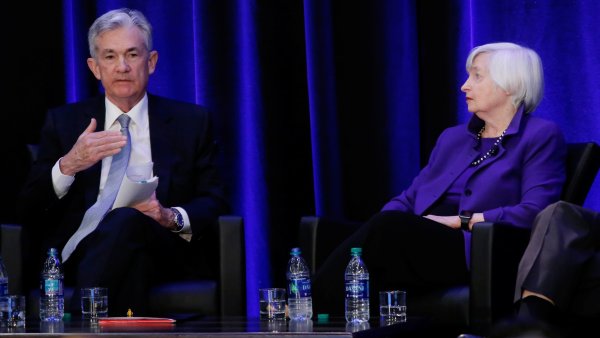 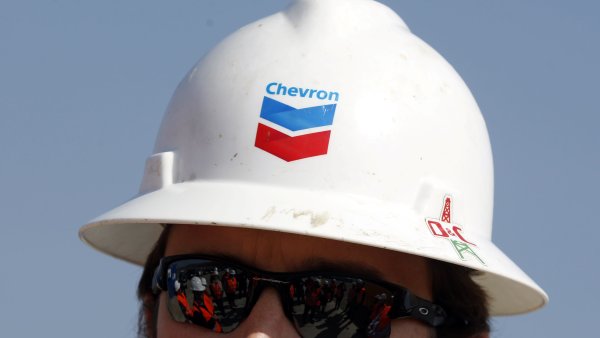 We're Starting a New Position in This Energy Giant

(The content below has been edited for length & clarity.)

Leslie Picker: You have been more of a skeptic on what's going on with the whole ESG [Environmental, Social and Governance] trend and really a frenzy over the past few years. What do you think are some of the key issues here?

Eileen Murray: My skepticism is not about tackling ESG. I think we absolutely have to do that. I think the way we're going about it, there's a lack of consistency and standards, in terms of what's being reported to the public. Who's accountable? Who's accountable for those disclosures? Right. And what is the transformation that we need to have to make ESG really real? You know, we're polluting the planet. How are we going to stop that? And so when I stepped back, my skepticism is about - and I wouldn't have said this 20 years ago -  I really think we need regulators to step up. They have in certain parts of the world, and start to ensure that companies are applying standards and disclosure, that companies are being open about what they're doing and transparent.

It's complicated. And you know, it's evolving. So people say, "Oh, it's too complicated. We can't deal with it." Well, 20 years ago, we had a lot of changes in credit exposure reporting and people thought that was very complicated. Same thing with trading analytics. So I don't believe that this is so complicated, that smart people can't come to solutions. But I think it's going to take regulators, business, and educators to deal with this. And it's an ecosystem problem. One company cannot do this alone and that's why I think we need government and regulators. So my skepticism is not about the call to action, my skepticism is, are we doing enough? Or are we going to wait till this is a pandemic to deal with?

Picker: What do you mean by that - "wait until this is a pandemic to deal with?"

Murray: Take DE&I - how many years has that been around?

Murray: Diversity we've been talking about since I was in my 20s, which was quite a quite a long ways ago. But you know, when I first started working, diversity, it was like, 0.5% of the senior people were women and today it's 17%. And you know Leslie, I don't know if I should do the happy dance or cry. But we just haven't made enough progress. And I believe had regulations been more involved, that we would be further along on diversity. I don't think it's just about diversity. I think it's also about inclusion to really be successful and so I think we both know that. One of the things for example, what the NASDAQ just did, I'm not talking as the chair of FINRA, but as Eileen Murray, individual, I applaud them.

Picker: Requiring companies have certain diversity metrics to be listed.

Murray: Yeah, and they're basically saying, comply or disclose. So you either comply or you disclose. Well, what's wrong with that? What's the criticism about that? I just think without those kinds of movements, we're not going to make progress. And I think history demonstrates that….I think without disclosure and transparency, it's going to continue as it is with people focused on the urgent, people focused on short term profits, and not looking at the long term impact to their company, or socially.

Picker: Who needs to be regulated here? Because there's been kind of a dual path of ESG excitement. One hand, you've got investors, and then on the other hand, you've got the companies themselves which are obviously touting their various ESG profiles. Where do you think the regulation should start to be the most effective?

Murray: I want to first make a point. I was looking at this survey by E&Y that they did: 53% of directors that were surveyed think ESG is a compliance issue. 21% think it's not material. 26% see it as a strategic opportunity. And then, of that class of people, only a third of them think that the companies that are disclosing ESG information are doing it in a manner that, you know, is done well and accurately. Well, if that's true, then how many companies are reporting on ESG? And saying they're ESG compliant and they're really not? What is the standard? What does it mean? So I think companies need to be - I think basically a broad based disclosure and standards around the disclosure for ESG need to be taken. And companies need to list out what are the limitations of what they're telling people in terms of what they're doing with ESG. This can't just be a marketing issue. There's tons and tons of money flowing into ESG funds. There's tons of people who are interested in terms of shareholders, in terms of government, etc. Let's get together and have some standards so that we all know what we're looking at is consistent.

I think we need to start with the companies and I think that investors have a right to know, is what they're reading really accurate. What does it really mean? Do they really know when you look at all the money that's going into these things? So that's where I think it has to start. Now, some people say, "Well, you know, I don't think government should get involved in this." Well, if they don't, I don't see how it changes. I don't see this being self-corrected by industry, or companies. And so when you look at all that money going in that people are investing, when you look at the implications, of not really making significant progress with climate change, or you know, fuel waste, etc, how we're polluting our planet, it just makes no sense to me to not have a standardized way of looking at this. We'll make mistakes initially. But for God's sake, let's get started on the path to have great disclosure, great accountability, and great transparency, which I think will lead to transformation.

Picker: Some critics would argue that by the government focusing on this and making sure that there's transparency and disclosure within corporate America, as well as investors in terms of how they market things as ESG, that kind of sidetracks them from from the bigger issues that regulators and government should be just focused on solving things like climate change, and focused on figuring out how to increase opportunity for a diverse set of people, as opposed to kind of taking this action. What would you say to that?

Murray: I think that, honestly, I think it's BS. What I mean by that is, you can do both. If you want government to go fix the big problems of climate change, and DE&I, why wouldn't you want them to also help you report on it? Who is going to do it, if not the regulators? Who's going to pull it together? What I do think though, Leslie, is that the regulators need to work closely with business. And I don't see that harmonization happening anymore….so I'm not saying to leave business out. I'm not saying to leave the regulator's out. I'm saying, let's all get together and figure this out together. But I don't for a minute think that if the regulations are focused solely on climate change or DE&I without disclosure without metrics, how do we know it's working? How do the regulators know it's working?

Picker: Because [ESG is] so broad, it has the potential to leave behind certain efforts that in the past have been more at the forefront. You know, diversity, equity inclusion, for example, if a company may have very good metrics, as it pertains to their environmental footprint, or their governance footprint, they may be able to kind of sweep under the rug any issues with diversity, equity and inclusion?

Murray: My big belief is that you can do both. I mean, I don't see why, you know, diversity, equity -

Picker: You can, but companies feel like they don't need to because -

Murray: Well, they don't need to, because they're not required to. And that's why I'm coming back to this governmental piece, this regulatory piece. And believe me, if you asked me 20 years ago, should we have government or regulators involved in diversity, I'd say no, companies will get there, they'll do it on their own, it's the right thing to do, it's great for business. Well, I was wrong. I was dead wrong.

And, and what I have seen work is when regulations come out and say, "Thou shalt report on the following things, and it will be disclosed." And directors will have fiduciary responsibilities to see that it's done well, and CEOs will be held accountable through compensation. I see that really work.

Picker: So it's about disclosure, It's about regulation. You're a regulator. You sit in the seat as chair of FINRA, what regulator specifically do you think should be tackling this?

Murray:  I think that the SEC has more recently come out with a lot about - first of all, I'm not talking here as the chair of FINRA and we are responsible for the individual investor. But I do think the SEC, [Gary] Gensler has come out with a lot on what's coming down the pike on ESG. He's talked about DE&I and he's talked about climate change, and he's put people in place to spearhead those initiatives.

— Ritika Shah contributed to this article