The coverage on this live blog is now closed.

The number of new global Covid cases is starting to ease, even with the discovery of new, highly infectious variants first identified in the United Kingdom, South Africa and Brazil. "This is important because people are scared when they hear mutations and mutants and variants," said Maria Van Kerkhove, head of the World Health Organization's emerging diseases and zoonosis unit. "We cannot let our guard down. We cannot let up." The WHO warns that uneven distribution of Covid-19 vaccines could prolong the global economic recovery. It is calling on wealthier countries to share a portion of their pre-ordered doses for redistribution to poorer countries.

Here are some of the biggest developments Thursday:

The U.S. is recording at least 136,900 new Covid-19 cases and at least 3,000 virus-related deaths each day, based on a seven-day average calculated by CNBC using Johns Hopkins University data. 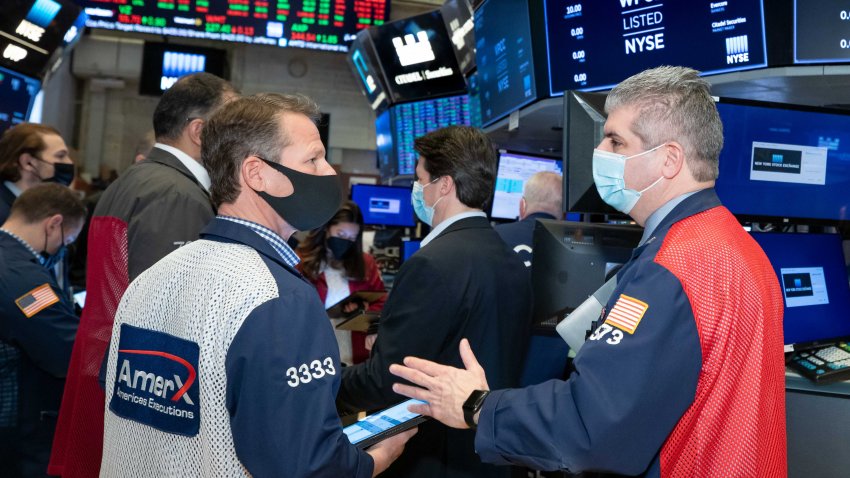 What to Watch Today: Nasdaq Set for Sharp Drop After Friday's Comeback 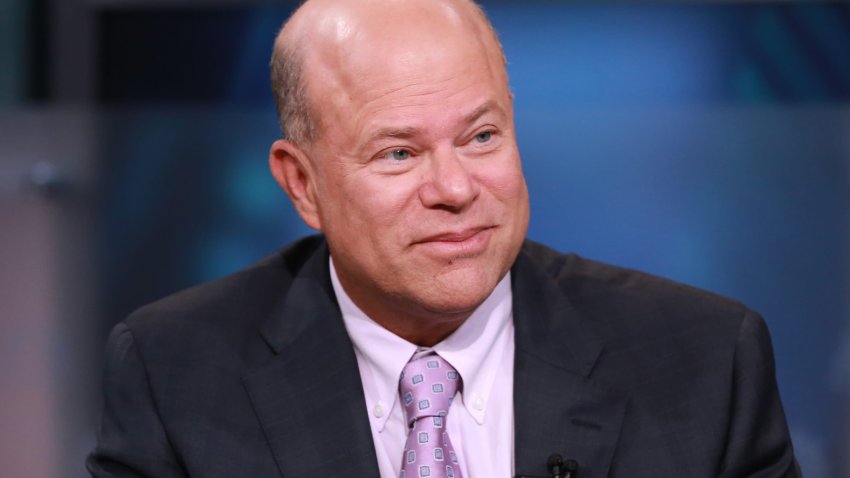 David Tepper Is Getting Bullish on Stocks, Believes Rising Rates Are Set to Stabilize

A member of the Biden-Harris Transition Covid Advisory Board warned about the highly transmissible new Covid variants and vaccine resistance.

"They're more virulent, can cause more death, and some of them may even escape the immune response, whether it's natural or from the vaccine," said Dr. Celine Gounder. "So it's really important right now that we do everything possible to preserve the vaccines to make sure they keep working and that means preventing the spread of these new variants."

Three highly contagious mutations of Covid have been detected in at least 33 states across the U.S., according to the Centers for Disease Control and Prevention. Researchers say these highly transmissible variants could prolong the pandemic and potentially create another surge. Projections out of the CDC even predict the U.K. variant to be the dominant variant in the U.S. by March.

Johnson & Johnson asked the Food and Drug Administration for an emergency use authorization for its coronavirus vaccine, reports CNBC's Berkeley Lovelace Jr. Shares of the pharmaceutical giant gained 1.6% in after-hours trading.

If approved, it would be the third Covid-19 vaccine authorized for emergency use in the U.S. along with one developed by Moderna and another created jointly by Pfizer and BioNTech.

J&J's announcement came after the company said last week its vaccine candidate was about 66% effective in protecting people against the virus.

Gilead Sciences reported on Thursday a 26% revenue jump for the fourth quarter on the back of strong remdesivir sales.

The biopharmaceutical company reported a revenue of $7.42 billion, up from $5.87 billion in the year-earlier period. Remdesivir — which is used to treat Covid-19 patients — hauled in $1.9 billion during the quarter.

Those strong revenues led to better-than-expected earnings for Gilead. The company posted a profit of $2.19 per share, topping a Refinitiv estimate of $2.15 per share.

Economists expect 50,000 jobs were created in January, but Friday's report will depend on the service sector

Economists say the leisure and hospitality industry is likely to be pivotal in determining how much job growth there was in January.

Economists expect to see 50,000 total jobs created when the monthly Labor Department report is released at 8:30 a.m. ET Friday, but the swing factor will be whether employers in restaurants, hotels and recreational activities were able to retain and add workers or whether they continued to be hit by virus-related restrictions. The leisure and hospitality sector lost nearly half a million jobs in December. There was a total 140,000 jobs lost in December.

Economists expect employment to rebound slowly, but there are signs that December was the trough and jobs should recover in January or February. The unemployment rate is expected to remain unchanged at 6.7%.

Covid lockdowns helped boost quarterly results for Peloton and Pinterest, which both reported earnings after the market close on Thursday.

Peloton posted its first $1 billion quarter as consumers stayed inside and worked out at home. That's 128% revenue growth from the same period a year prior, CNBC's Lauren Thomas reports.

The National Football League says its ready for the final game of the year and expect fans will be safe if attending Super Bowl LV in Tampa Bay.

The league says it will distribute kits to the 25,000 fans expected to attend, with items including hand sanitizer, wipes and masks. Fans will be required to wear a face covering and will be asked to fill out a health screening questionnaire, though they won't be required to take a temperature check.

The NFL estimates that by kick-off, it will have gone through roughly 200,000 health screenings for individuals working at the event. Experts still warn of a potential Covid-19 outbreak if rules aren't followed, though.

"My biggest concern for when Covid-19 might spread at the stadium is not necessarily when people are sitting in their seats," said Dr. Stephen Kissler, an epidemiologist at Harvard University. "It's actually when they are mixing in other parts of the stadium."

CDC director says people who've had Covid should get vaccine, but can temporarily delay

People who have had Covid-19 should still get vaccinated, but it's OK to temporarily delay getting a shot, Centers for Disease Control and Prevention Director Dr. Rochelle Walensky said during a Twitter Q&A event.

Reinfection is possible and the vaccine may help boost the immune system.

The Food and Drug Administration recommends two doses of either Moderna's and Pfizer's vaccines 28 days and 21 days apart, respectively.

People should also get whatever vaccine is available to them, Dr. Anthony Fauci, the nation's leading infectious disease expert, said.

Rep. Peter DeFazio, an Oregon Democrat and chairman of the House Committee on Transportation and Infrastructure, is skeptical about potential Covid-19 testing for domestic flights.

The Centers for Disease Control and Prevention is "actively looking" at whether to extend Covid testing to domestic air travel but has not yet decided whether to move forward with the policy. The U.S. started requiring negative Covid tests for inbound international travelers last month.

DeFazio said the U.S. doesn't have the testing capacity to successfully role that policy out domestically and that it raises questions about travelers who receive a false negative result for Covid.

The airline industry and sector labor unions as well as hotel groups have strongly opposed testing requirements. Those groups are pushing for a third round of federal aid to bolster the industry while demand remains depressed.

"This would be devastating to the airline industry," said Sara Nelson, international president of the Association of Flight Attendants, during a House transportation committee panel.

Storing vaccines that require ultra-cold temperatures and getting vaccines to developing nations and hard-to-reach areas around the globe are among the Covid-19 vaccine campaign's bigger logistical challenges.

Can drones fly to the rescue? California-based drone delivery start-up Zipline is developing cold-chain storage, and starting this April, it plans to have drones that can deliver frozen and ultra-low temperature Covid-19 vaccines and medical products in the markets where it operates, CNBC's Riley de Leon reports.

Though the company declined to specify a vaccine partner, a Pfizer spokeswoman said it supports Zipline's efforts to expand access to vaccines and medicines to those in hard-to-reach geographies.

Microsoft plans to launch new applications for the Teams communication app that are meant to help employees keep on top of developments inside their organizations, learn new skills and quickly find background information on internal terms. Managers can access new tools to track employees' communication behavior and encourage their workers to do things like mute notifications after work if they're at risk of getting burned out.

The new Viva software draws on some existing assets, but as Teams — with its video-calling and chatting capabilities — has gotten popular during the pandemic, Microsoft is bringing them all into Teams.

Companies are re-evaluating their spending on corporate training as the pandemic continues, said Seth Patton, a Microsoft general manager. The company saw an opportunity to put learning closer to where employees are increasingly spending their time, Patton said.

The company declined to provide its financial targets for fiscal 2021, citing the uncertain environment caused by the pandemic.

First-time claims for unemployment insurance totaled 779,000 for the week ended Jan. 30, below the 830,000 claims estimate from economists surveyed by Dow Jones, reports CNBC's Jeff Cox. This was the lowest week for claims since Nov. 28.

Households continued to step up their cleaning regimens as Covid-19 cases surged over the holidays. The recent appearance of new, more easily transmissible variants of the virus added to demand for the company's bleaches, wipes and cleaners, according to Reuters.

Clorox factories have been running around the clock since the start of the pandemic, Reuters said, and the company has been turning to third-party suppliers to keep up with demand.

Dubai pushes back on 'superspreader' accusations and tightens restrictions

Dubai has imposed strict new measures to curb the spread of Covid-19 and is defending its pandemic response strategy after a surge in cases.

Record-breaking infection rates since the start of January have forced Dubai to introduce new capacity cuts and open hours reductions for some businesses, after being a hotspot for tourists while new virus variants were spreading around the world. Authorities blamed "a marked increase in the number of violations of precautionary measures" for the new rules.

In the last week, the U.K. has suspended all UAE flights — the world's busiest international route. Meanwhile, Dubai on Wednesday banned its popular brunches, closing pubs and bars.

"The numbers have surged but the health system has managed to keep up with the numbers and take care of the sick," Alawi Alsheikh-Ali, deputy director of the Dubai Health Authority, told CNBC.

But some criticize Dubai's strategy. “What has happened in Dubai did not need to happen,” said Erin Bromage, a professor at the University of Massachusetts Dartmouth who specializes in infection and immunology. “They have brought the virus in.”

A trial is being launched in the U.K. to explore whether using different Covid-19 vaccines for the first and second doses works, in a bid to make nationwide vaccination programs more flexible.

The trial is being led by the University of Oxford and run by the National Immunisation Schedule Evaluation Consortium and will evaluate the feasibility of using a different vaccine for the initial "prime" vaccination to the follow-up "booster" vaccination.

It is hoped the study will help policymakers to understand whether mixing different Covid vaccines could be a viable route to increasing the flexibility of vaccination programs and whether it could even boost the immune response.

"If we do show that these vaccines can be used interchangeably in the same schedule this will greatly increase the flexibility of vaccine delivery, and could provide clues as to how to increase the breadth of protection against new virus strains," Matthew Snape, chief investigator on the trial and associate professor in Paediatrics and Vaccinology at the University of Oxford, said on Thursday.

Roche CEO Severin Schwan discusses the company's full-year 2020 earnings, the pharmaceutical giant's Covid-19 tests, and the outlook for the pandemic in 2021.