Wall Street's post-election rally and the Dow Jones Industrial Average rise to a new record above 30,000 is a bet that, among other things, a divided government during a Biden administration will be a good for corporations. One of the key "goldilocks" conditions: President-elect Joe Biden's plan to raise corporate taxes to 28% as part of a repeal of the 2017 Trump tax cuts will not be likely in the new Washington, D.C., political reality.

Just-under 60% of CFOs (58%) think it is unlikely that President-elect Biden can pass a corporate tax hike to 28% within the first two years of his administration. No CFO indicated they think it is "very likely" that a corporate tax hike is coming, though a little under one-third of chief financial officers (32%) indicated they do think it is "somewhat likely" Biden achieves his corporate tax goal. Another 11% remain uncertain about the tax policy outlook, which has been made more difficult to ascertain given the two Senate races in Georgia remaining up for grabs, and with them, control of the Senate. 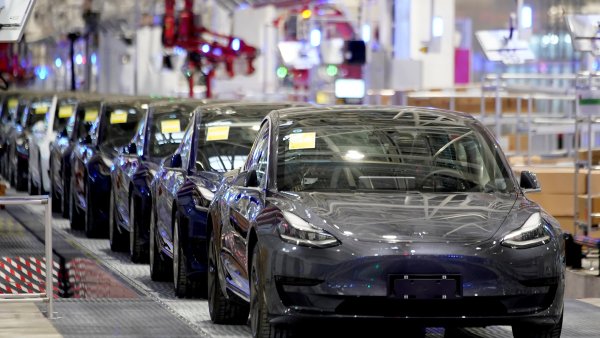 Tesla's China Sales Have Grown to Nearly Half the Company's Sales in the U.S. 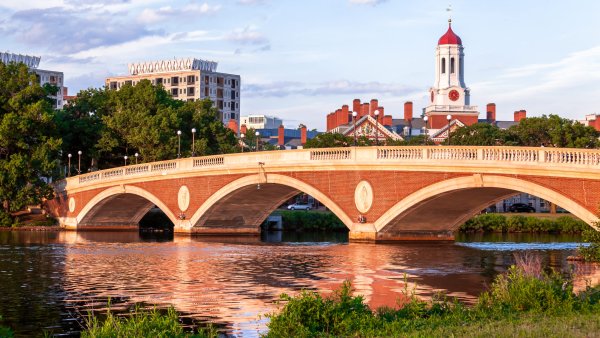 The 10 Best Global Universities of 2022, According to U.S. News and World Report

The CNBC Global CFO Council represents some of the largest public and private companies in the world, collectively managing more than $5 trillion in market value across a wide variety of sectors. The Q4 survey was conducted from Nov. 13-Nov. 29 among 43 of the Council members.

"Absent single party control, it will be extremely challenging for the Biden Administration to legislatively roll back the 2017 tax reform," Caroline Harris, the U.S. Chamber of Commerce's vice president, tax policy and economic development, and chief tax policy counsel, wrote in an email to CNBC.

But CFOs should not be overconfident that the current tax policy status quo is certain. Harris indicated there are likely to be efforts to repeal aspects of the the tax cuts through unrelated spending bills and regulatory processes.

A recent report from the Tax Foundation also noted that several tax advantages afforded by current law are set to expire without an extension from Congress.

In 2022, businesses will be required to amortize research and development costs over five years, rather than an immediate deduction that firms currently use. In addition, businesses using debt financing — which has become even more widespread amid record-low interest rates — will see an effective tax increase when they face a tighter limitation on deducting interest expenses, moving from the current limit of 30% of earnings before interest, taxes, depreciation, and amortization costs (EBITDA) to 30% of earnings before interest and taxes (EBIT). There is also a planned phase out over five years (2022-2026) of investment expenses, such as machinery and equipment, that can now be fully expensed at once.

Howard Gleckman of the Tax Policy Center's TaxVox blog recently wrote that with generous tax breaks for business capital investment being phased out over the next few years unless Congress acts to extend them, paying for any extension becomes part of tax compromise talks. "Biden's biggest revenue-raisers are an increase in the corporate tax rate from 21 percent to 28 percent and a provision to impose the Social Security payroll tax on wages above $400,000. Are those two in play? Probably not, especially if the economy remains weak," he wrote.

On balance, post-election analysis indicates the Biden administration will have to reconsider its boldest tax proposals. "Biden's tax plan largely depended on a Democratic sweep during the 2020 election," Tax Foundation analyst Garrett Watson concluded in a recent report. "The current economic conditions make tax hikes an unattractive option in the short run, and a Republican-held Senate makes it less likely that there will be congressional interest in large tax increases."

Extensions of the business investment tax benefits scheduled to phase out are a potential area for agreement in a divided Washington D.C., especially if a weaker economy places more focus on maintaining economic growth potential, and with bipartisan support for domestic corporate investment in key industries related to the pandemic and competition with China, like medical supplies and technology.

During the campaign, both Biden and Trump backed new tax subsidies to encourage firms to produce domestically, an idea which has strong bipartisan support in Congress. Biden's plan would combine this new tax break with several corporate tax increases, including new taxes on U.S. firms with overseas income. While that foreign income tax increase could meet Senate GOP objections, Gleckman said with so many tax priorities to protect, it "may be hard for even some Senate Republicans to resist" a focus on corporations with lots of foreign income, especially if deficit reduction again becomes a GOP talking point.

The foreign corporate income tax issues are trickier to resolve than the extension of investment credits. Democrats are on the side of stricter taxation of foreign profits, while some GOP leaders are looking for ways to rewrite aspects of existing law that they argue result in a form of "double taxation" of corporations operating in high-tax overseas regimes, like France. Watson expects the topic to remain part of the conversation in the years ahead, but less likely to result in an easy, bipartisan bargain.

Stimulus is the No. 1 priority

The GOP will show renewed interest in the deficit discussion, as could a Treasury Department run by Janet Yellen — at least in the long-term, once the pandemic-weakened economy is on more stable footing. But in the immediate future, stimulus spending is the bigger issue than a federal deficit in the trillions of dollars or major tax increases. A focus in tax negotiations on issues which help lower-income Americans, such as the earned income tax credit and child tax credit, may be priorities for Democrats, Watson said. Biden's recent economic team picks have expertise with income and labor inequality, as well as social safety nets, but the most progressive policy goals will face resistance even within the Democratic Party from figures like West Virginia Senator Joe Manchin.

In a phone interview with New York Times columnist Thomas Friedman on Tuesday night, President-elect Biden said a stimulus package was the No. 1 priority, even before he takes office, but also spoke about taxing the wealthy and large corporations, even if Mitch McConnell remains in control of the Senate. "Everybody pays their fair share, for God's sake," he told Friedman. "And by that fair share, I mean there's no reason why the top tax rate shouldn't be 39.6 percent, which it was in the beginning of the Bush administration. There's no reason why 91 Fortune 500 companies should be paying zero in taxes."

Even a Democratic win in both Georgia Senate races wouldn't necessarily eliminate the broader issues Biden faces on Capitol Hill.

"The status of Georgia [Senate races] will determine a lean one way or the other, but given the pandemic and how narrow a majority would be, more far-reaching proposals are less likely," Watson said. "If Democrats took both seats they would have more room for some policies, but with a narrow majority and a Vice President Harris breaking any tie, it is still unlikely there are major tax increases next year because concerns about the economy and more moderate members of the Democratic Party are not as interested."

Overall, the largest group of CFOs taking the post-election survey (36%) have a neutral outlook on the Biden administration's impact on their companies over the next four years. CFOs expressing the belief that Biden's first term will be a clear positive or negative for their business were split evenly, at 32% for each response.

Jack McCullough, president of the independent CFO Leadership Council, said conversations with his members suggest that many prefer Biden for the economy overall, even if they preferred Trump for policy related to their businesses specifically. While that may seem to be a contradiction, it relates to the business tax issue versus other broad economic issues like trade, where Trump's approach resulted in more uncertainty.

"The consensus seems to be that Biden will attempt to raise corporate taxes and be unsuccessful in doing so. And, he does not have the political capital to get a program that is reasonably popular. Americans seem to like divided government, and that is what we have," McCullough said.

CFOs are cautiously optimistic about the economy and planning for 2021. While China continues to outpace the U.S. in economic growth out of the pandemic — and a recent surge across the U.S. in Covid-19 cases has led to U.S. GDP downgrades for Q1 2021 — the CNBC survey finds CFOs describing the U.S. economy as "stable" after two quarters of "declining" conditions.

China will continue to be a major issue for corporations, even if the more volatile elements of a trade war go away. "Breaking up with China has proven difficult,' said Diane Swonk, chief economist at Grant Thornton. "The country remains a target for corporate America and is still critical to the supply chain. Many bet Covid would reverse that; it failed, along with trade wars, to break our ties with China. The challenge going forward for firms that are still long on China is a more coordinated effort by the U.S. and Europe to isolate China."

What is the biggest external risk factor currently facing your business?

In areas of core corporate spending and decision-making, only 5% of U.S. CFOs said capital spending will decrease over the next 12 months, while an equal (47%) of respondents said spending will either increase or remain the same. There will be more pain in the labor market, according to the survey, with 32% of U.S. CFOs saying headcount will decrease, but a higher percentage of CFOs (42%) said headcount will increase in the next year.

McCullough said while the U.S. is leading the race to developing a vaccine, it is not surprising that the view from Asia is more optimistic right now as it related to Covid-19. "I think American CFOs were thrown further for a loop than their Chinese counterparts, and they don't want that to happen again. Second wave fears are very real, and I think it's prudent that CFOs proceed with second wave caution. It's more than understandable," he said.

In some subtle ways, the survey indicated a shift in CFO risk assessment based on the election results: "over-regulation" was the second-most cited external risk factor (16%) among U.S.-based CFOs, after Covid-19, and eclipsed consumer demand (11%), which historically has been No.1 or No. 2. U.S. trade policy, which had resulted in sharp market swings during the Trump presidency, was not cited as a factor in Q4 risk assessments.