At The Graham restaurant in Williamsburg, outdoor dining has made COVID survivable. But when things shift indoors, they say they are doomed.

Why? Because of a rule attached — no service past midnight.

Lutzker is suing Gov. Andrew Cuomo, hoping to get the policy changed. He says once he moves indoors he'll have access to fewer tables, and needs to stay open longer to pay the bills.

"The virus doesn't care if it is 11 o'clock or 1 o'clock in the morning. It's a virus. What matters is how many people and your ventilation," said Lutzker.

‘You're Playing With Our Lives': For Businesses on the Rebound the Next Step is Always the Most Critical 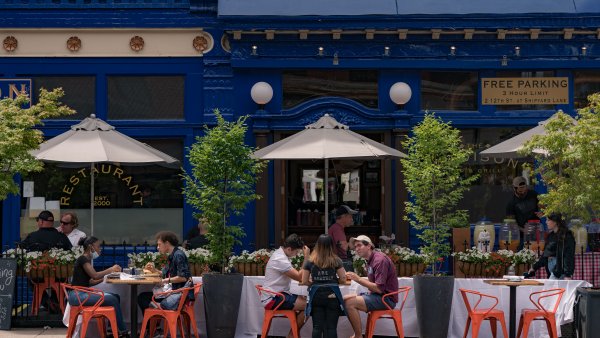 His lawyer called midnight an arbitrary time, saying the virus doesn’t behave like a vampire.

"There's no reason to think something special is going on after the clock chimes 12. So whether you want to call it the vampire virus or the Cinderella virus or whatever cute phrase you wanna call, it's not cute for my client," said attorney Jonathan Corbett.

Many customers at The Graham are often late night workers from the restaurant industry or even MTA workers looking for food after midnight. Those at the restaurant on Tuesday were torn over the decision — some supported the law, saying it's a way of making sure businesses are not breaking any rules regarding social distancing or capacity, while others were in Lutzker's camp, asking why staying open for two more hours past midnight would be so bad.

The governor's office said in a statement that "late-night service can encourage individuals to gather and mingle, increasing the risk of COVID transmission. The plaintiff's lawyers are right: this virus is not a vampire — it is real, it is deadly, and the State will do everything we can to protect New Yorkers from it."