The firing appears to be completely legal, as companies can fire employees for not getting the vaccine

A former waitress in Brooklyn says that her uncertainty regarding the COVID-19 vaccine cost her her job.

Bonnie Jacobson worked at the Red Hook Tavern, who she said asked her last week if she planned on getting the vaccine after it had been extended to restaurant workers.

"I was honest, I'm not going to do it quite yet," Jacobson said. "I do have my reservations about it, I need to talk to a doctor, just see how I feel. She said no problem." 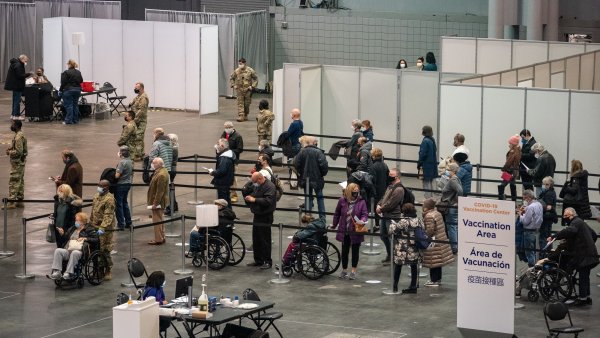 Unable to Find COVID Vaccines Near Them, Some New Yorkers Travel Hours From Home 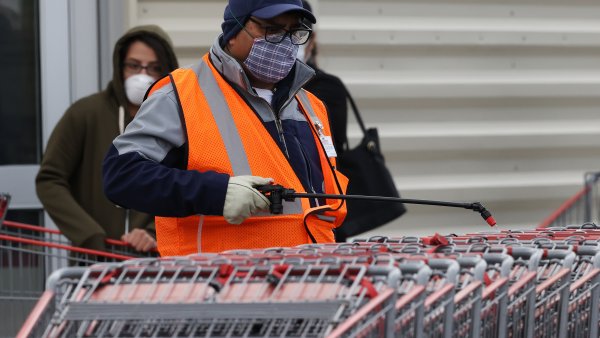 Jacobson emphasized that she was not an anti-vaxxer, but rather has been planning and trying to have a child for about a year. She said she was concerned that getting the vaccine would delay her hopes of having children even further.

"My husband and I just got married, and were planning on starting to try to have children in August," Jacobson said. "It's already been postponed, I would hate for something to happen and me get the vaccine and we have to hold off a few more years."

She said that the restaurant initially told her getting the vaccine was not required. But just days ago, she said the tavern changed course, telling her in an email she received Monday that they respected her decision but "we have implemented this policy to maintain a safe working environment."

The email to Jacobson then stated that getting the shot was mandatory, and that "at this time your employment will be terminated. We are sad to see you go."

Jacobson said she was stunned by the move.

"I was just like wow, really? I worked for you through a pandemic. We've been 100 percent outdoors, I've been working in the heat, in the cold. I just worked a 13-hour double on Sunday, Valentine's Day," she said.

But the firing appears to be completely legal, as companies can fire employees for not getting the vaccine. The move highlights the difficult dilemma employers now face trying to ensure workplace safety, even as some workers want medical autonomy.

"This particular subject is a really hot topic right now. I haven't heard of a company taking that extreme of a step," said employment attorney Felicia Ennis. She said the EEO makes it clear: Termination should be a last resort.

"Before you terminate anybody, you have to really be able to show why that particular person is going to pose a significant, or they call it a direct threat," said Ennis.

According to the Centers for Disease Control, the coronavirus vaccine is generally viewed as safe. However, the agency also says getting vaccinated is "a personal choice for people who are pregnant," and that "the actual risks of mRNA vaccines to the pregnant person and her fetus are unknown because these vaccines have not been studied in pregnant women."

The bar's management said Wednesday that they were still requiring workers to get the vaccine, but added that employees can request "a reasonable accommodation or exemption."

The owner of the Red Hook Tavern, Billy Durney, said in a statement that "Once New York State allowed restaurant workers to receive the COVID-19 vaccine, we thought this was the perfect opportunity to put a plan in place to keep our team and guests safe. No one has face these challenges before and we made a decision that we thought would best protest everyone. And, we now realize that we need to update our policy so it's clear to our team how the process works and what we can do to support them."

Jacobson said she isn't trying to get her job back either, saying that she no longer wants to work at the restaurant after being let go.

"I'm not out for a lawsuit. I'm not out for money. I think it's an important story and I think people should know about it," Jacobson said. "I do think employers should think twice before treating people like this."