We meet at a moment when this country is facing a set of challenges unlike any we've ever known. Right now, our brave men and women in uniform are fighting two different wars while terrorists plot their next attack. Our changing climate is putting our planet in peril and our security at risk. And our economy is in turmoil, with more and more of our families struggling with rising costs, falling incomes, and lost jobs. So we know that this election could be the most important of our lifetime. We know that the choices we make in November and over the next few years will shape the next decade, if not the century. And central to each of these challenges is the question of what we will do about our addiction to foreign oil.

Without a doubt, this addiction is one of the most urgent threats we've ever faced - from the gas prices that are wiping out your paychecks and straining businesses, to the jobs that are disappearing from this state; from the instability and terror bred in the Middle East, to the rising oceans, record drought, and spreading famine that could engulf our planet.

How, exactly, did we get to this point? Well, you won't hear me say this too often, but I couldn't agree more with the explanation that Senator McCain offered a few weeks ago. He said, "Our dangerous dependence on foreign oil has been thirty years in the making, and was caused by the failure of politicians in Washington to think long-term about the future of the country." What Senator McCain neglected to mention was that during those thirty years, he was in Washington for twenty-six of them. 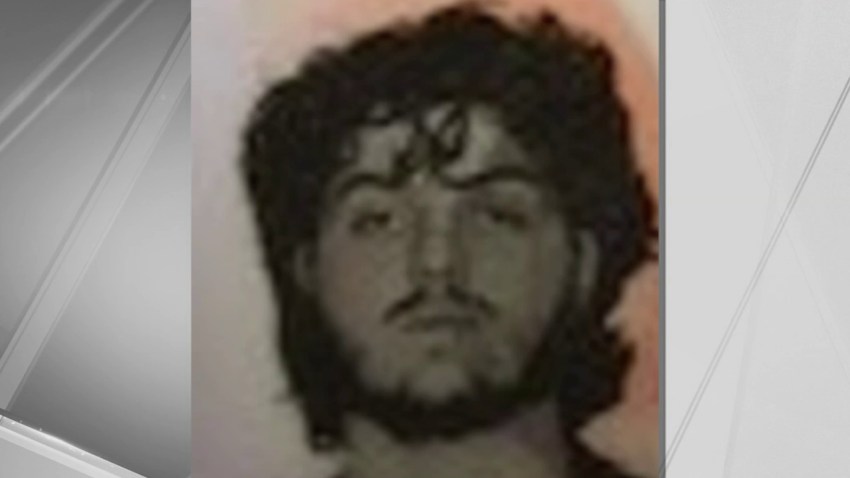 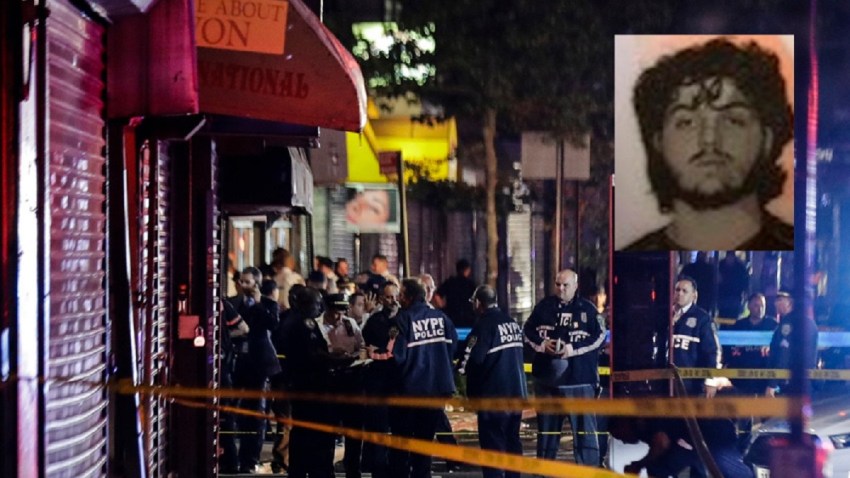 Now, yesterday, Senator McCain started running a TV ad saying that Washington is broken. No kidding. It only took Senator McCain those 26 years in Washington to figure that out. But here's the thing, Elkhart. I'm having a little trouble squaring that statement with Senator McCain's declaration a few months ago that we've made "great progress economically" over the past eight years. Or his boast that he's voted with President Bush over 90% of the time. Or his assertion that overall, the American people are better off now than they were when George W. Bush came into office.

Instead of offering a plan with significant investments in alternative energy, he's offering a gas tax gimmick that will pad oil company profits and save you - at most - a quarter and a nickel a day over the course of an entire summer. That's why Washington is broken.

Instead of supporting my plan to use the windfall profits of oil companies to help you pay rising costs, he's offering $4 billion more in tax breaks to oil companies like Exxon that just made the largest quarterly profit in the history of the United States of America. That's why Washington is broken.

Instead of offering a comprehensive plan that will lower gas prices, the centerpiece of his entire energy plan is more drilling. It's a proposal that won't yield a drop of oil for at least seven years, but it's produced a gusher for Senator McCain. Because after he announced his drilling proposal to a room full of oil executives, the industry ponied up nearly a million dollars in contributions. That's the kind of special interest-driven politics that's stopped us from solving our energy crisis. And that's why Washington is broken.

So I know Senator McCain likes to call himself a maverick - and the fact is, there are times when he's shown independence from his party in the past. But the price he paid for his party's nomination was to reverse himself on position after position, and now he embraces the failed Bush policies and politics that helped break Washington in the first place - and that doesn't exactly meet my definition of a maverick.

By the way, while we're on the subject of Senator McCain contradicting himself, a few days ago someone asked me what they could do to help America save energy. I suggested that we could get better gas mileage in our cars and save oil in the process just by keeping our tires inflated, and experts agreed. But Senator McCain and his party mocked the idea, and they even sent out tire gauges. Well, get this - last night, after all that, Senator McCain actually said that he agreed that keeping our tires inflated was a good idea. We just agreed to a series of debates in the fall, but the most interesting one that's going on these days is the debate between John McCain and John McCain

But understand, this isn't just about tire gauges and it isn't just about a single TV ad - no matter how misleading it is. It's about everyone in this room. It's about your lives and your family's future. Because you know that what we've been doing for the past eight years hasn't worked - and that we can't afford another four years of the failed policies that we've had under George W. Bush.

And if you needed one more example of what's wrong with our energy policies or the Bush policies in general, there's a new report out saying that Iraq has hit a windfall because of high oil prices. They have a $79 billion budget surplus at a time when were spending $10 billion a month to defend and rebuild that country. Their money is not being invested in services for suffering Iraqis or reconstruction. While some of their money is sitting in American banks, American money is being spent over there. It's time for Iraqis to take responsibility for rebuilding their own country, and it's time for us to address own concerns here at home.

That's why earlier this week I laid out a plan to help end the age of oil in our time. Here's how we'll do it. In the short-term, as we transition to renewable energy, we can and should increase our domestic production of oil and natural gas. Right now, oil companies have access to 68 million acres where they aren't drilling. So we should start by giving them a choice: use the land you have, or give up your leases to someone who will.

But the truth is, this won't seriously reduce our energy dependence in the long-term. We simply cannot pretend, as Senator McCain does, that we can drill our way out of this problem. Breaking our oil addiction will take nothing less than a complete transformation of our economy. It will take an all-hands-on-deck effort from America - effort from our scientists and entrepreneurs; from businesses and from every American citizen.

We all know that this is the great challenge of our time. But it's also a great opportunity because if we can seize this moment, we can open the door to a new economy for the 21st century that will bring new energy, new jobs, and new hope to families in places like Elkhart.

That's why I voted for an energy bill in the Senate that was far from perfect, and that included tax giveaways to oil companies that I fought to eliminate, but that also represented the single largest investment in renewable energy in history. And that's why if I am President, I will put the full resources of the federal government and the full energy of the private sector behind a single, overarching goal - in ten years, we will eliminate the need for oil from the entire Middle East and Venezuela. To do this, we'll invest $150 billion over the next decade and leverage billions more in private capital to harness American energy and create five million new American jobs - jobs that pay well and can't be outsourced, good union jobs that lift up our families and communities.

There are three major steps I'll take to achieve this goal. First, we'll commit ourselves to getting one million 150 mile-per-gallon plug-in hybrid cars on our roads within six years. And we'll make sure that the cars of tomorrow are built not just in Japan or China, but right here in the United States of America. Second, we'll double the amount of our energy that comes from renewable sources by the end of my first term. That means investing in renewables like wind and solar power, and we'll also invest in the next generation biofuels. Third, I will call on businesses, government, and the American people to meet the goal of reducing our demand for electricity 15% by the end of the next decade. This is by far the fastest, easiest, and cheapest way to reduce our energy consumption - and it will save us $130 billion on our energy bills.

In just ten years, these three steps will produce enough renewable energy to replace all the oil we import from the Middle East and Venezuela. I won't pretend these goals aren't ambitious. They are. I won't pretend we can achieve them without cost, or without sacrifice, or without the contribution of almost every American citizen. We can't.

So in this election, we face a choice. We can keep paying more and more at the pump, and sending our hard-earned dollars to oil company executives and Middle Eastern dictators. We can watch helplessly as the price of gas rises and falls because of some foreign crisis we have no control over, and uncover every single barrel of oil buried beneath this country only to realize that we don't have enough for a few years, let alone a century.

Or we can choose another future. In just a few years, we can watch cars that run on plug-in batteries come off our assembly lines. We can see shuttered factories open their doors to manufacturers that sell wind turbines and solar panels that will power our homes and our businesses. We can watch as millions of new jobs with good pay and good benefits are created for American workers, and we can take pride as the technologies, and discoveries, and industries of the future flourish in the United States of America. We can lead the world, secure our nation, and leave our children a planet that is safer and cleaner and healthier than the one we inherited.

This is the choice we face in the months ahead. This is the challenge we must meet. This is the opportunity we must seize - and this may be our last chance to seize it. So I ask you to join me in November - and in the years to come - to ensure that we not only control our own energy, but that we bring about a new and better future for our hardworking families and for this country that we love. Thank you.