In one moment that sparked outrage online, an officer was caught on video taking a selfie with a rioter during the height of the chaos.

The violent breaching of the U.S. Capitol by a mob of President Trump's supporters struck many as a glaring black and white display of a racial double standard.

Police officers were assaulted. Tear gas was used against them. Yet there were reportedly just 52 arrests made in Washington D.C. on Wednesday. In contrast, between May 30 and June 2, 2020, the height of the race-related protests, 427 "unrest-related" arrests were made in D.C., including 24 juveniles, the police department says. 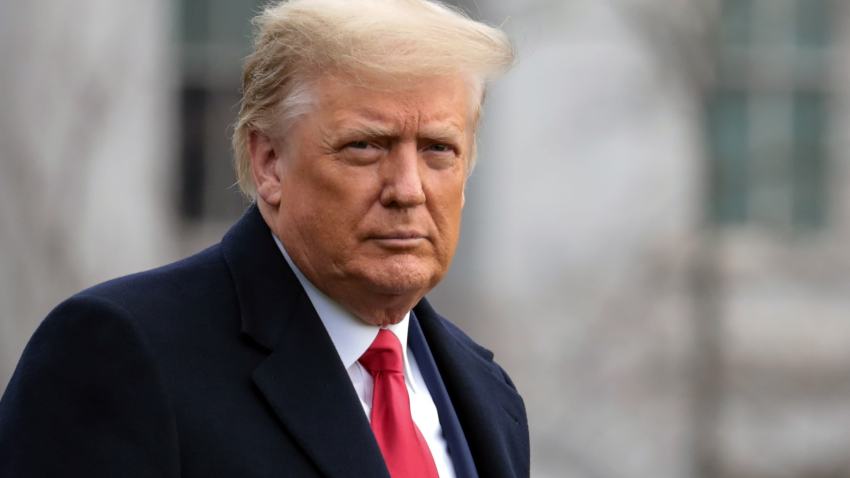 What Is the 25th Amendment and Can it Be Invoked for President Trump?

Many spectators watching the riots unfold on television or online commented on the small police presence assembled at the U.S. Capitol in comparison to the armed show of force that awaited the BLM protesters this summer. Others expressed surprise that the officers did not use greater force as the Capitol was breached. In one moment that sparked outrage online, an officer was caught on video taking a selfie with a rioter during the height of the chaos.

On Thursday, President-elect Joe Biden called Wednesday one of the darkest days in American history, and pointedly called out the double standard in the law enforcement response.

"No one can tell me that if it had been a group of Black Lives Matters protesting yesterday that they wouldn't have been treated very, very differently from the mob of thugs that stormed the Capitol," Biden said. We all know that's true and it is unacceptable."

Biden's comments were echoed by many on Thursday. The Black Lives Matter Global Network Foundation said in a statement, “When Black people protest for our lives, we are all too often met by National Guard troops or police equipped with assault rifles, shields, tear gas and battle helmets. When white people attempt a coup, they are met by an underwhelming number of law enforcement personnel who act powerless to intervene, going so far as to pose for selfies with terrorists.”

BLM protesters and their supporters in Portland, Oregon, quickly pointed out Wednesday the huge disparity between Trump’s harsh response to racial justice protesters in the Pacific Northwest city and the warm words he had for his rioting supporters in D.C.

Newly sworn-in St. Louis Rep. Cori Bush, who was among the protesters to face down police and National Guardsmen in 2014 after police killed Michael Brown in Ferguson, Missouri, told The Associated Press that the race of the Capitol rioters played a big part in their ability to breach the congressional fortress.

Had the mob been Black, “we would have been laid out,” Bush said.

“The thing is, these are the same people who called us terrorists,” Bush continued. “Confederate flags, ‘don’t tread on me,’ ‘blue lives matter’ flags, the Trump flags — all of it symbolizes the same thing. It symbolizes racism and white supremacy.”

Rashad Robinson, president of Color of Change, the nation’s largest digital racial justice advocacy group, said he sees it as “a clear example of how racism works in this country and the clear ways there are different sets of rules and different sets of outcomes based on what race you are."