The case remains unsolved to this day, but the I-Team recently obtained an autopsy report — and a private investigator hired by the family believes it shows that the killing was more than murder

New details about the unsolved strangulation murder of a Long Island wife and mother in an island paradise three years ago have emerged, shedding new light on what may have been an investigator believes was a violent struggle.

Rick Kuhnla Jr. is still reeling from his mom’s strangulation death in Oct. 2018. That's when 62-year-old Marie Kuhnla, a legal aid attorney, left the family home on Long Island for a friends’ getaway at Club Med in Turks and Caicos.

The women she was with previously told the I-Team they were suspicious of a fellow guest who had latched on to the group. One of the women said the guest sexually groped her in the pool. 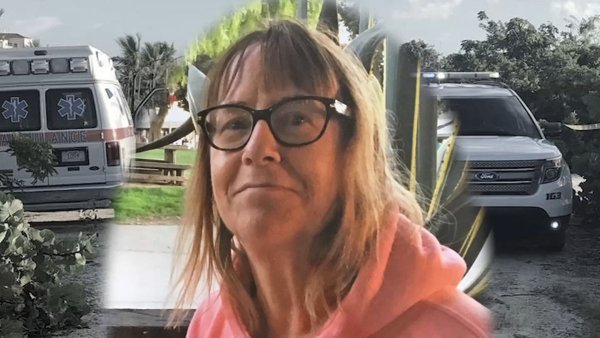 The women Kuhnla was with said they became increasingly concerned when she disappeared after a day of drinking at the pool, adding that Club Med and local police seemed unconcerned.

Kuhnla’s body was found a day later, bruised in a clump of bushes away from the resort. The medical examiner later determined she had been manually strangled. In a setting of such pristine beauty, an unthinkable and ugly crime had occurred.

"This was a vicious-intentional murder," said Kuhnla Jr., now living in California.

The NBC New York I-Team visited the crime scene back in 2019, freely able to walk the Club Med grounds without being questioned by security. Upon visiting the local police station, the lead detective said the investigation was still open, with it still considered a murder. No arrests have been made.

The case remains unsolved to this day, but the I-Team recently obtained the autopsy report. From that, a New York-based private investigator hired by the family believes the killing was more than murder.

"This wasn’t manual strangulation from behind, come up from behind. She was beat up," said investigator Eddie Dowd. The first sign of assault was bruising on her rib. She’s scratching, bruising on knees to her feet. Her underwear is inside out and pulled away from her private parts.”

Dowd previously told NBC New York that it didn’t appear Kuhnla had walked to the location where her body was found.

A Long Island attorney was found dead in bushes at the popular tourist location in Turks and Caicos — but more than a year later, the case is still unsolved. For the first time, two friends Marie Kuhnla went on the trip with are revealing new details about her final hours and their suspicions about a male guest. The I-Team’s...

Dowd said he’s investigating whether the body was deliberately allowed to decompose at the island morgue before it was sent home weeks after the murder. Kuhnla's family believes there was a cover up from the beginning — as Turks and Caicos police initially released a public statement that Kuhnla had been found near the property, not on it.

"It’s very clear to us the only ones investigating my mom’s murder are us — not the police," said Kuhnla Jr.

The family has filed a $10 million dollar wrongful death lawsuit against Club Med. That lawsuit also names a fellow Long Island guest and former employee, Frank Yacullo, who was seen on video provided by Kuhnla's friends on a float in the pool.

Helma Hermans accused Yacullo of sexually groping her before Kuhnla disappeared, and her claims were included in the wrongful death lawsuit. Criminal charges in her case were not pursued by prosecutors.

Court papers accuse Yacullo of killing Kuhnla, and Club Med of covering up the crime.

When reached by phone in 2019, Yacullo denied any wrongdoing, saying that he "had nothing to do with that. I had no interaction with her besides going to the pool."

After police didn’t seem to take their concerns too seriously, friends of Marie Kuhnla later found her body in bushes just a few hundred yards away from where she was staying. The I-Team’s Sarah Wallace reports.

Yacullo was deposed in August, and according to Kuhnla family attorney Abe George, he took the fifth — refusing to answer questions. George adds that, three years later, they are still battling the Turks and Caicos coroner to get evidence.

"We’re not just taking about crime scene photos. We’re talking about the photos they are holding back inexplicably," George said.

George previously told the I-Team that Club Med “failed to take the requisite action to keep Marie safe,” and said that Kuhnla's death “absolutely” was a murder.

After an inquiry by the I-Team, the Turks and Caicos coroner's office told the attorney that they will turn over the photos, with certain conditions. A spokesperson for Club Med said they don’t comment on pending litigation but in court papers, the corporation has denied all the allegations.