The magistrate judge ordered a psychiatric evaluation for 46-year-old Jonathan Williams after Friday's hearing, which was ordered to be in person when the New Jersey man refused to leave his cell the day before

The man accused of threatening to kill a federal New Jersey judge who a day ago refused to leave his cell for court, suggesting that the judge come to visit him, did go in person to his hearing on Friday -- though it was rife with outbursts.

The scheduled video appearance Thursday in Pennsylvania for 46-year-old Jonathan Williams was moved to an in-person hearing Friday in Camden -- and the judge assigned to the case had told U.S. Marshals that if Williams wouldn't leave his cell this time, Marshals could do what they needed to ensure compliance.

Pennsylvania Magistrate Judge Timothy Rice ordered a psychiatric evaluation Friday for Williams, who has been accused of threatening to kill a federal judge in Newark, New Jersey, where the defendant lives. It came after Williams repeatedly disrupted the proceedings with outbursts, twice giving Rice the middle finger.

Before it even started, Williams entered the court shouting, "Feels like 33 degrees ... let the record reflect that."

As Rice later tried to ask Williams questions, Williams yelled, "I want a Black judge" and "Black power." When Rice turned to his public defender, she said Williams had refused to speak with her prior to the hearing. 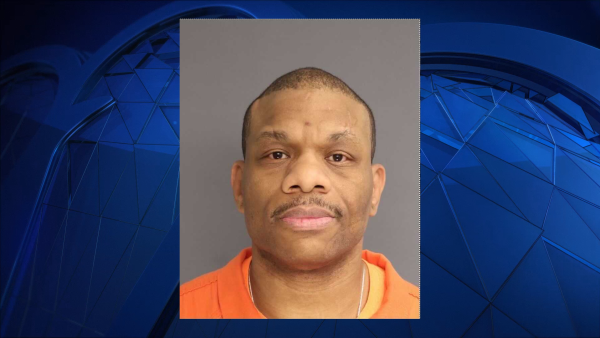 Williams added, "She didn't show me a law degree," then ranted that the public defender allegedly called him a racial epithet under her breath. That was when the judge ordered the psychiatric evaluation. Williams will be sent to Butner, North Carolina, which is home to one of the few federal facilities open to handle psychiatric evaluations amid the ongoing COVID-19 pandemic.

Even then, the process could take months.

Williams was taken into custody earlier this week and charged with threatening to assault and murder a New Jersey federal judge, federal officials said. His public defender was overheard asking Marshals before Friday's hearing to stay close to her because she was a bit concerned for her safety, with Williams sitting next to her.

During that hearing, he briefly ranted about that judge and the civil suit he had been involved in before that judge. Williams then proclaimed he was a "sovereign" and described New Jersey as a racist state.

He said, "Have a good day your honor. God bless you," when he left the courtroom.

The case is in Camden and being handled by a Philadelphia judge to avoid any appearance issues because Williams allegedly made the threats to Judge Peter Sheridan, a member of the New Jersey judiciary in Newark.

A barber at The Shape Shifters on Newark's Branford Street told News 4 Thursday that he knows Williams from the shop and has never seen him be violent.

"I just know he comes here to make a dollar every day cleaning up," barber Rahim Sutton said. "He talks about how homeless he is and how the city turned his back on him."

"I've never seen him be violent," Sutton added. "He's a real respectful guy. I think it's being blown up out of proportion."

U.S. District Judge Esther Salas spoke out for the first time following the attack on her family, which resulted in her son's death. "We may not be able to stop something like this from happening again, but we can make it hard for those who target us to track us down," she said.
Copyright NBC New York