I-Team: White Students in NJ Twice as Likely to Have In-Person Learning Options

While 4 out of 5 white students are enrolled in New Jersey school districts that are offering in-classroom options, just 2 out of 5 Black and Hispanic students enjoy the same access

Black and Hispanic students in New Jersey are far less likely to have access to in-classroom learning when compared with their white peers, according to an I-Team analysis of pandemic learning plans filed with the state Department of Education.

There are more than 580 public school districts in New Jersey. As of February 1st, most of them offered some type of in-person or hybrid learning option.

"I don't understand," said Ejahna West, a mixed-race 13-year-old enrolled at Science Park High School in Newark. "The color of my skin defines whether I get an education or not?" 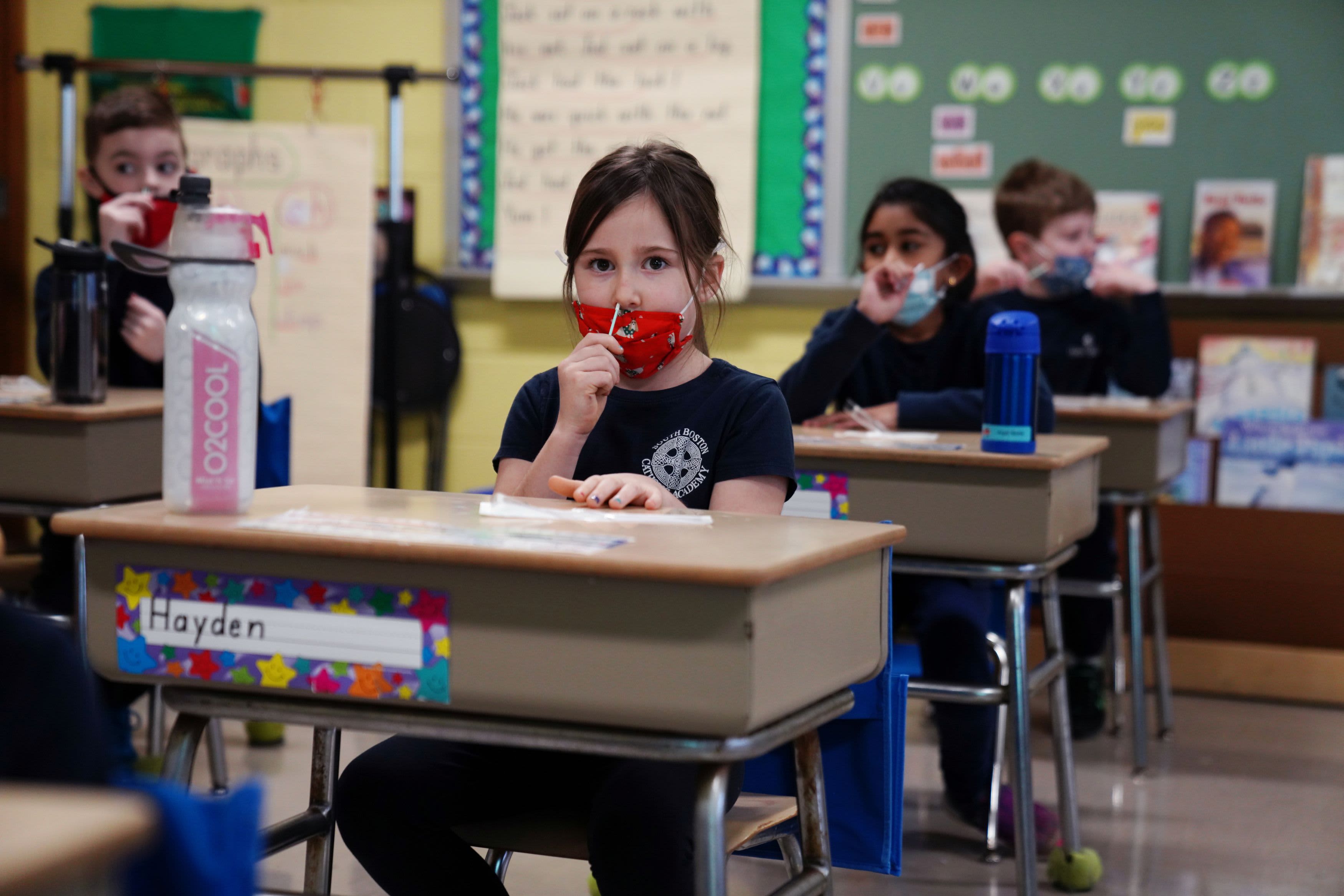 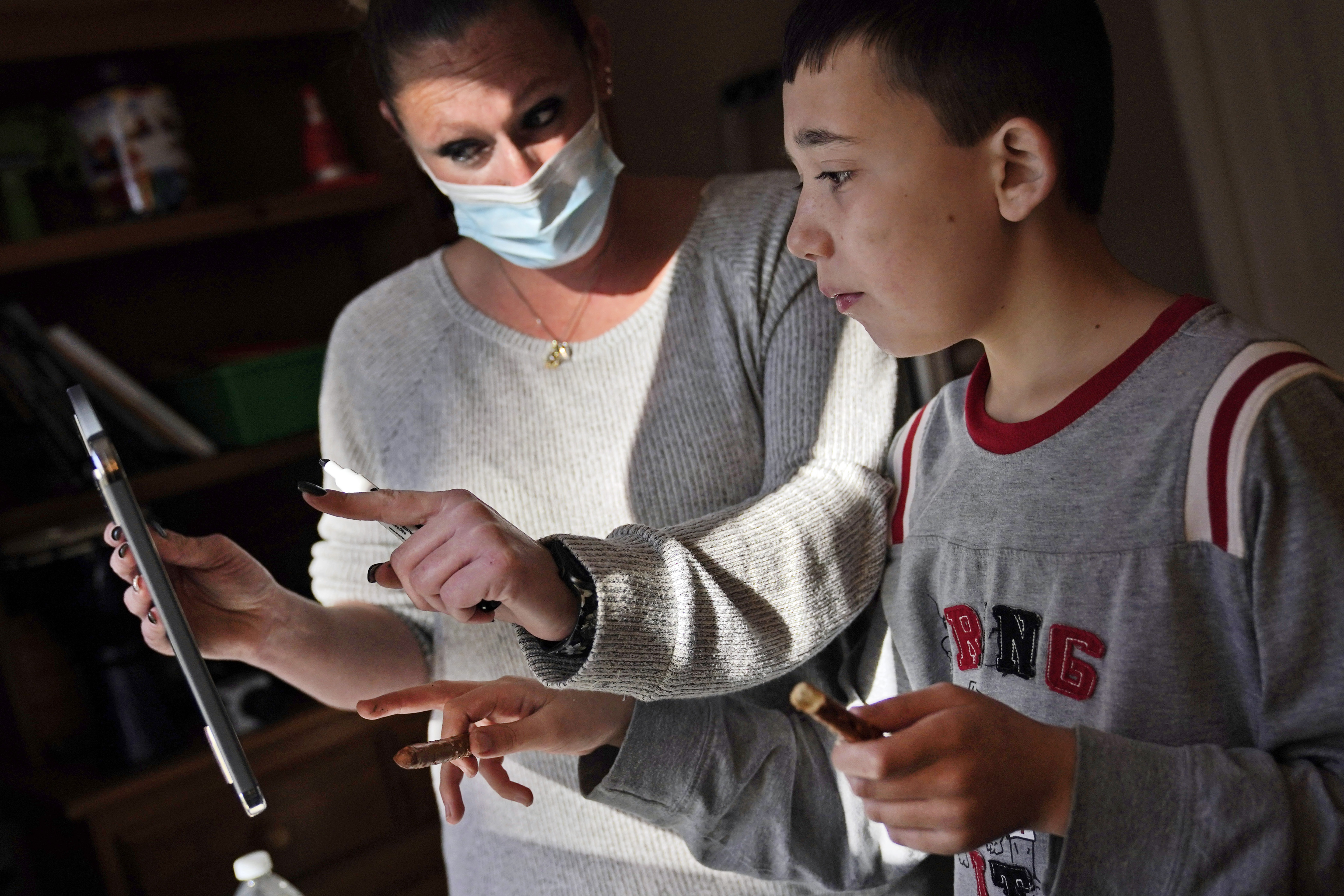 Schools Plan for Potential of Remote Learning Into the Fall

Ejahna's mother, Jaz West-Romero, has been pushing Newark Public Schools to open up to hybrid learning, at least in newer, renovated school buildings. But she's been repeatedly frustrated as other districts open classrooms and Newark stays closed.

"There is no other way to put it. It's point-blank racist," West-Romero said.

Newark Superintendent Roger Leon pushed back on the notion that race influenced his decision.

"There are many factors, multiple factors that we weighed in Newark in making the decision to continue to extend remote instruction," Leon said. Our positivity rate is very, very high. At the start of the second wave, we were about 25 percent for the positivity rate," Leon said.

Race and Remote Learning in NJ

"If we're really going to say Black Lives Matter, we have to say it in the classroom," said Corey Teague, a father of special needs kids and a member of the school board in Paterson. Teague, who has been pushing for Paterson to begin limited in-person learning, said he believes stereotypes are often informing decisions about which districts are fit for re-opening.

"Like for instance, this is Paterson. It's an urban community — [so] we should fight to keep everything closed because those kids are probably automatically sick because they're Black?" Teague asked.

After months of remote learning in many parts of the country, new research is revealing how Black, Hispanic, and low-income students are disproportionately falling behind. Washington Post reporter Laura Meckler breaks down some of the reasons why remote learning is failing so many of our kids and the effects of long-standing equity gaps.

Marie Blistan, President of the New Jersey Education Association, said union decisions to oppose some classroom openings — while agreeing to return to others – are made solely based on occupational safety grounds.

"We have fought for safe and healthy measures to be put in place for our staff but also for our students, and that advocacy has been straight across the board," Blistan said. "Nobody wants to get back into those buildings faster than what we do, but we cannot go in there unless those health and safety standards are in place."

Specifically, Blistan said upgrades to air filtration and ventilation have allowed her members to return to some districts - while other districts have had to stay remote.

The I-Team asked Governor Murphy if he believes implicit bias has influenced decisions to keep school buildings shuttered in districts serving mostly Black and Brown students. A spokesperson did not directly answer that question, but emailed a statement encouraging districts to pursue in-person instruction as soon as it is safe to do so, and referencing the Governor’s Executive Order, which leaves opening and closing decisions to local districts.

“Each district has been empowered to make reopening decisions based on the unique realities within the school community,” the statement reads. “We cannot speak to the decision-making process in individual districts. However, we regularly communicate with districts and know that urban communities have had to manage higher class-enrollment numbers and ventilation issues at greater rates than suburban communities.”

Vaccines for teachers are recommended, but not required.

Predominantly white school districts have always enjoyed funding advantages over districts serving mostly Black and Hispanic kids. The 1954 Brown v. Board of Education Supreme Court Ruling was intended to chip away at the inequity by eliminating school segregation. But over the last decade, New Jersey has consistently ranked among the most segregated states in the nation. As a consequence of lower property tax revenue in Black and Brown districts, school buildings in those districts have long suffered disparities in their states of repair - including air circulation and air quality.

"Every school district has old buildings," said Teague, "so we can't just stop at that point even though that's been the talking point."

Jazmine Gripper, Executive Director of the Alliance for Quality Education, a nonprofit aimed at ending systemic racism in public schools, said the enrollment data uncovered by the I-Team suggests systemic racism is playing a role in decisions to keep urban classrooms closed, while most white students have access to in-person learning.

"In our society, when a white parent complains, school districts move mountains to comply and meet the needs and ease a white parents' concerns," Gripper said. "When Black parents complain or raise up a concern, they're seen as difficult.

Some Newark parents are so frustrated with what they perceive as a dismissive attitude from school board members, they’ve taken to social media calling for the Newark School Board President, Josephine Garcia, to step down.

Parents are frustrated that in-person learning is on hold in Montclair, NJ after classes were supposed to resume this week.

Last month, Garcia was caught on a hot microphone saying “here comes the bullshit” just after announcing the start of public comments at a virtual school board meeting. Garcia has since apologized and said her comment was not directed at parents in general, but rather at one specific parent who made a disparaging comment about her on Facebook.

“We all have bad days. That’s what caused me to make the inadvertent comment during the board meeting,” Garcia said. “I know I have to rebuild trust with my community now. I am a woman of color. Now I’m getting comments that I’m a racist which is not true.”

The Newark Superintendent is now aiming to re-open school buildings for hybrid learning in mid-April.

Jaz West-Romero is skeptical of the new target date. She believes her kids’ first day back in classrooms will be pushed back again.