In early March, the dentist was taking out the trash just after midnight when NYPD officers saw him enter his own office, with surveillance and police bodycam video then showing the officers refusing to leave until he came out and showed his drivers license

An African American dentist has notified the NYPD he intends to sue for civil rights violations after he says officers demanded he produce ID, for nothing more than walking into his own office late at night.

"My faith in the NYPD has been compromised,” said Dr. Benjamin Shirley.

"It was my dream to set up an office at late hours. I'm a night owl,” Shirley said. 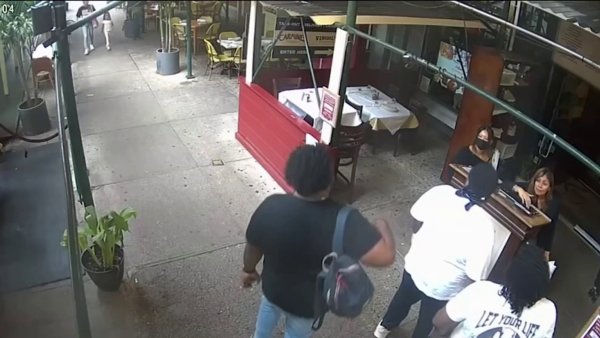 In early March, the dentist was taking out the trash just after midnight when NYPD officers saw him enter his own office. Surveillance and police bodycam video show the officers refusing to leave until Shirley came out and showed his drivers license.

"The fact is that everything that happened to Dr. Shirley from the moment he walked into his office to the time he was forced to come out by the police officers,” said Reza Rezvani, Shirley’s attorney. “Everything was because of the color of his skin."

The NYPD declined to comment on the stop, citing the pending nature of the legal claim, but an email to Shirley’s attorney says an Internal Affairs investigation of the incident was closed without any finding of wrongdoing.

The I-Team asked Wilbur Chapman, a former NYPD Chief of Patrol, to review video of the stop. He said it is difficult to say if bias played a role in the incident but it clearly demonstrates the value of community policing - a strategy whereby beat cops are anchored to the blocks they patrol and get to know them intimately.

Dr. Shirley says he might have brushed the incident off, except he was stopped by the NYPD two years ago for nearly the same thing. In that case, Shirley says he was taking out the trash again, when cell phone video shows two officers claimed an alarm went off in his dental office.

"What we were doing is just seeing where you were coming from if everything is ok because we see you pulling on the door, said one officer.

"But there was no alarm,” Shirley replied.

"The light was blinking inside, the officer said.