The CEO of a New Jersey-based manufacturer of N-95 respirators said he is shocked that, after political leaders pleaded for more domestic medical supplies last year, not a single government contract for PPE has come his way, as a glut of cheaper Chinese masks dominates the market

A group of 26 American mask manufacturers sent a letter to President Biden this week, urging him to adopt new policies to keep the country's nascent medical PPE industry afloat.

One year ago, mayors and governors across the U.S. pleaded with entrepreneurs to set up factories in order to make medical gloves, gowns, and N-95 masks. But now that the U.S. facilities are at full strength, the letter warns China is "effectively dumping masks on the U.S. market at well below actual cost."

Lloyd Armbrust, President of the American Mask Manufacturers Association, said the glut of cheaper Chinese-made masks, may force many of his members to cease operations in as little as one to two months.

"The grand majority said we have no business. We are not selling a single mask anymore," Armbrust said.

Brian Wolin, CEO of Protective Health Gear — a Paterson, New Jersey, manufacturer of N-95 respirators — said he is shocked that, after political leaders pleaded for more domestic medical supplies last year, not a single government contract for PPE has come his way.

"We need to protect ourselves from other pandemics in the future and other problems where we need American manufacturing," Wolin said.

In the letter, the domestic mask makers urge President Biden to mandate domestic stockpiles carry only masks made in the US. They also ask for new rules requiring federally funded hospitals purchase at least 40 percent of their masks from domestic factories. 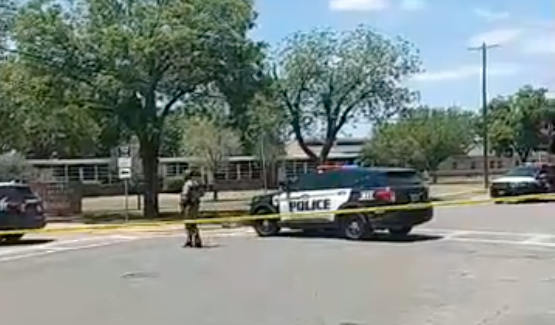 Brent Dillie, Managing Partner of Virginia's Premium-PPE, compared the need for close proximity mask production to the need for law enforcement presence in a dangerous neighborhood.

"If your house is broken into," Dillie said, "would you rather the police be located a thousand miles away or two minutes away?"

Michael Einhorn, President of Dealmed, a Brooklyn-based medical supply manufacturer and distributor, said its not just federal rules that need to change. He believes state and city procurement rules need to be reformed - to recognize the value of producing key medical products nearby.

"There has to be weight in terms of where the product is coming from and where it is made," Einhorn said. "Not just who is the cheapest and who can deliver it at lowest price."

Despite all the talk of American manufacturing and diversified supply chains, Einhorn says most of his clients, including New York City, still seem to purchase PPE shipments based mostly on which bidder has the most affordable price per unit. Inevitably that means most of the goods are coming from China.

"The solution really is understanding that the global supply chain of the past will not work for the future," he said. "You can't rely on one country. And that country today is China."

Nick Benson, a spokesman for New York City's Department of Citywide Administrative Services, said during the worst of the pandemic the city's procurement specialists scoured "every corner of the world" to find PPE. In the process, he said they created a more resilient network of medical suppliers which includes contracts for American made PPE which are active today.

"The City of New York succeeded by assembling a diverse base of PPE suppliers, including local companies that shifted their operations to help meet our city's needs," Benson wrote in an email to the I-Team.

Benson didn't name the American PPE producers now doing business with New York City, but Wolin knows his company, isn't one of them. With the Protective Health Gear factory just a 40 minute drive across the Hudson River, Wolin said it just makes sense for his company to be part of the city's supply base.

"Any hospital that would call upon us in the City of New York, in the state of New Jersey, we could be there in less than an hour with our goods if they were ever in need of them."