Although Bolanos has not been charged, sources familiar with the investigation say charges could come in the coming days as the FBI wants to look at his electronics to determine specific counts

One of the apartments searched is located in an Upper West Side brownstone on West 76th Street, while the other is located located on Fort Washington Avenue in Washington Heights. The latter apartment is where the alleged suspect, identified as 69-year-old Joseph Bolanos, has spent time caring for his ailing mother, sources say.

Bolanos was said to be at the Washington Heights apartment when the FBI arrived Thursday morning. Upon seeing FBI agents at the door, Bolanos complained that he was feeling ill and was subsequently hospitalized. Later in the day, the FBI Joint Terrorism Task Force was seen along the street, taking out bags of possible evidence. 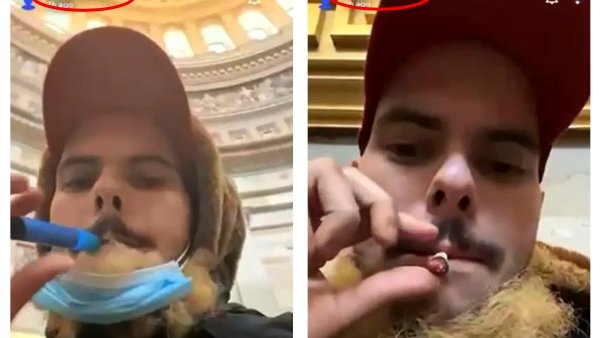 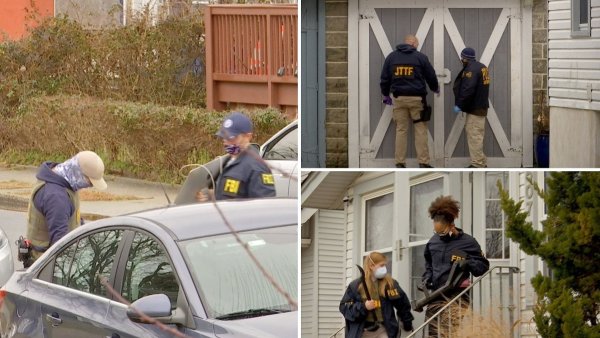 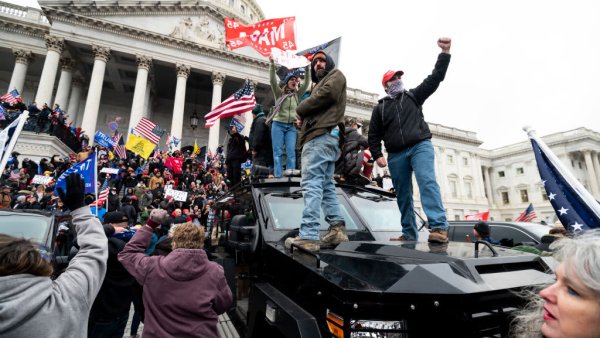 Several neighbors claimed the man boasted of being at the U.S. Capitol during the Jan. 6 riots and took video of the event. Some said he called it a great day on the street, at a local cafe and on social media.

"I was walking down the street and I overheard him bragging about having been there and having taken video," said neighbor Dennis Regan.

Neighbors said they are shocked since he was so well-known for his years of activism as leader for the West 76th Street Block Association. In that position, he brought attention to many quality of life issues the neighborhood had been facing. Bolanos did several several news stories — including with NBC — regarding rat infestations in the area, and put up rat x-ing signs as a way of calling attention to the problem.

Bolanos also was involved in leading the block's banging of pots and pans for health care workers as a means of saying "thank you" for their work and dedication during the ongoing pandemic. Neighbors also said he volunteered near Ground Zero after 9/11, and said he ran a security company.

One neighbor said that Bolanos had been "a great leader of the block and helped us in all kinds of ways," but also said he didn't know Bolanos "had those views." Some some said the man who had become a face of the block had changed from the man they once knew.

"I used to talk with him a lot, but lately he never said anything," said Luis Aguilar, a superintendent in the area. "He would walk by, he wouldn't say hello like he used to do before."

Although he has not been charged, sources familiar with the investigation say charges could come in the coming days. Sources told NBC New York the FBI wants to look at his electronics as prosecutors in D.C. decide on specific counts.

Bolanos did not return calls about Thursday's search and allegations he stormed the Capitol.

This latest development follows a myriad of arrests and charges against a number of tri-state residents in connection to the violent events that unfolded early last month when a mob of former President Donald Trump supporters stormed the U.S. Capitol. The brother of a former NYPD officer, an MTA worker and a sanitation worker were among those arrested in the days and weeks following the riots.