The government eventually admitted that the Department of Homeland Security’s decision was legally indefensible, but the judge said it was “hard to imagine” the government would have done so without facing lawsuits

The Department of Homeland Security illegally ejected more than 800,000 New Yorkers from the trusted traveler security programs that let vetted travelers avoid long security lines at airports, and any lingering effects after the programs were restored must be eliminated, a judge said Tuesday.

U.S. District Judge Jesse M. Furman said in a written decision that the exclusion of New York from the programs in February was arbitrary and capricious.

He also said the government undermined the core constitutional and democratic values underlying the Administrative Procedure Act, which set procedures to ensure federal agencies are accountable to the public and their actions subject to review by the courts.

He said government officials made matters worse when they initially responded to a lawsuit “by repeating their misleading, if not false, representations, in some instances under oath.” 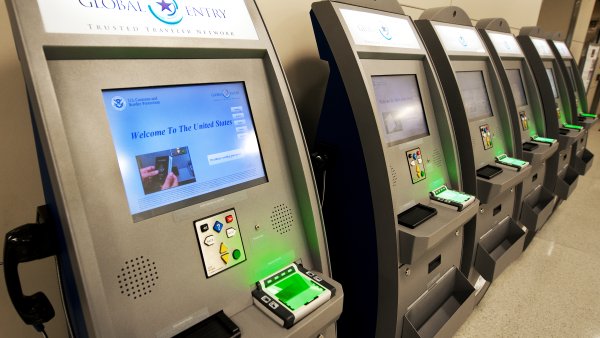 The government eventually admitted that the Department of Homeland Security’s decision was legally indefensible, but Furman said it was “hard to imagine” the government would have done so without facing lawsuits.

A message seeking comment was left with the Justice Department. Through a spokesperson, federal prosecutors in New York declined comment.

Antony Gemmell, senior staff attorney with the New York Civil Liberties Union, said in a statement that the “ban was always about political retribution, not safety.”

He added: “The lies could not stand up to the light of day and today’s ruling is an important check on the Administration’s actions.”

In February, President Donald Trump’s administration said it was kicking New York out of the programs because a newly enacted state law allowing unauthorized immigrants to get driver’s licenses had cut off some federal access to state motor vehicle records.

In July, the administration reversed itself and told Furman it had misrepresented the facts in a lawsuit over the programs.

The president and governor met to discuss the Department of Homeland Security's decision to ban New York from enrolling in the Trusted Traveler programs like Global Entry, a move the administration says was done because the state refuses to hand over information from its DMV database. NBC New York’s Andrew Siff reports.

The judge said both sides agreed the case was not moot, in part because of the lingering effects of the February action. Furman also said declaring the decision unlawful and formally vacating it was necessary to ensure it cannot be reinstated.

The exclusion of New York from the programs outraged New York Gov. Andrew Cuomo, a Democrat, who called for investigations by Attorney General William Barr and congressional Democrats. He said the state, which sued, will seek civil damages from the Department of Homeland Security.

Richard Azzopardi, a spokesperson for Cuomo, said Tuesday that the judge’s conclusions “confirms what we already knew: a radicalized Department of Homeland Security tried to extract economic pain on New Yorkers in the name of politics and then lied to the American people about it.”

He said the move increased congestion at airports this year when the coronavirus was spreading from Europe.