Christopher Rogers, a heralded Soho-based fashion designer on the rise was tapped as one of two Black designers to dress Vice President Kamala Harris on Inauguration Day.

A heralded Soho-based fashion designer on the rise was tapped as one of two Black designers to dress Vice President Kamala Harris on a historic Inauguration Day.

Christopher John Rogers has already become a favorite of influential women including former first lady Michelle Obama, singer and fashion icon Rihanna, and rapper Cardi B. However, on Jan. 20, the designer's glamorous clothes and pench for eye-catching hues took center stage as the country and world watched a historic moment take place as President Joe Biden and Harris took office.

The first woman vice president of the United States donned a vibrant dress and matching calf-length coat in a deep purple color.

In an Instagram caption along a photo of Harris on Inauguration Day, the Christopher John Rogers label said: "We are so honored and humbled to have played a small part in this historic moment."

Without question Inauguration Day is a fashion breakout moment for the president and first lady. However, this historic Inauguration Day also marks the first woman, Black American and South Asian American to take the vice presidential oath of office -- a fact that will also make Harris a powerful fashion icon for many. As has been the case in years past, their official debut will surely elevate the designers whose clothes they choose to wear. 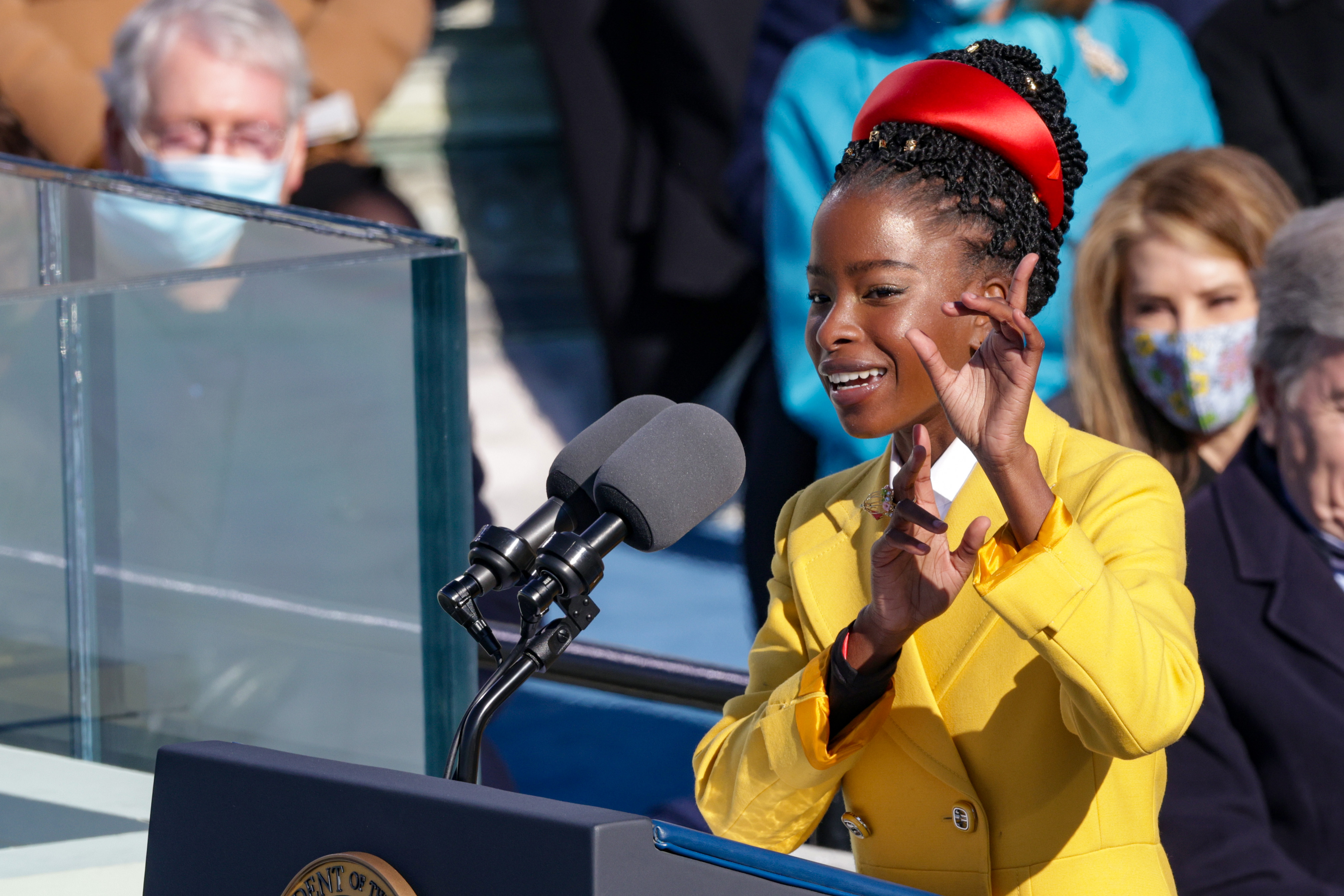 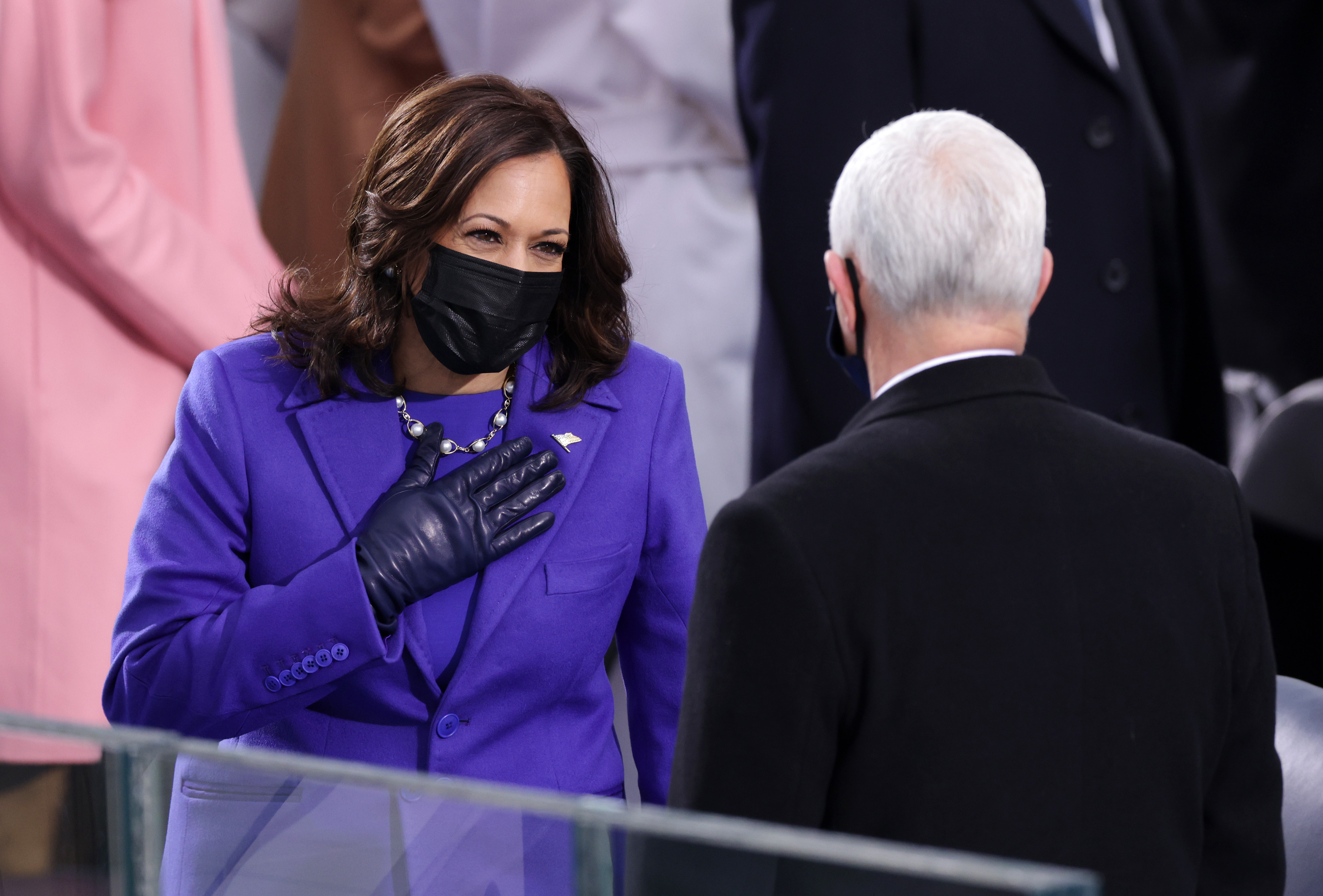 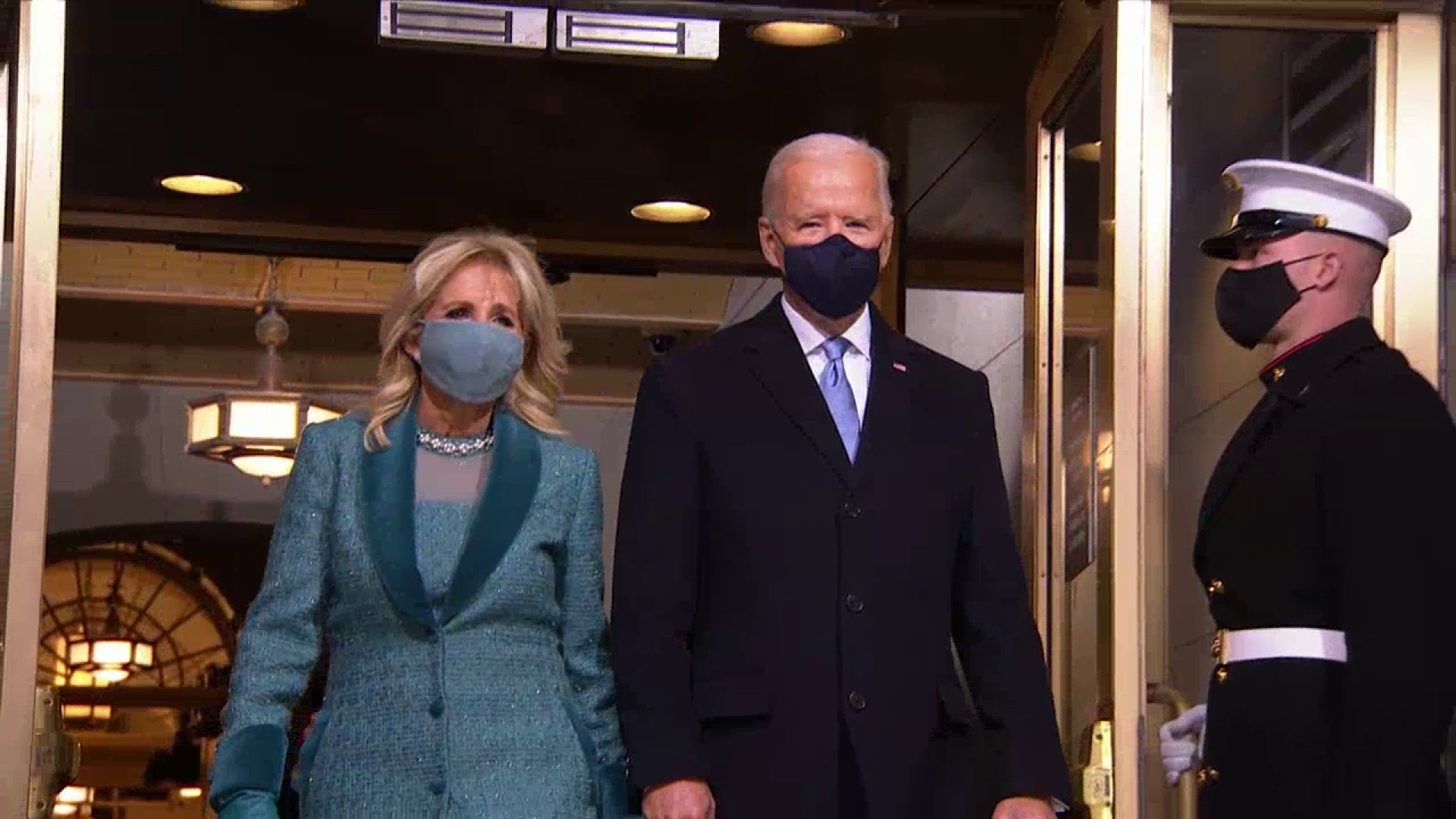 However, that is not to say their designers haven't already received significant amount attention. Rogers' designs have attracted praise -- not only by being worn by celebrities and powerful icons alike -- but the designer was recently named 2020's American Emerging Designer of the Year by the CFDA.

Her love for pearl-inspired necklaces was also present. Harris wore a custom pearl necklace by Puerto Rican designer Wilfredo Rosado for her swearing in, according to the fashion website WWD.com.

On his website, Rosado said the brand is "honored" that Harris decided to wear his jewel for the "momentous occasion."

Additionally on Instagram, the jeweler said that it was a proud moment for him and his country.