The Genie is leaving his lamp.

James Monroe Iglehart, who won a 2015 Tony Award for his portrayal of the Genie in "Aladdin," will exit the production after three years to take on the dual roles of Marquis de Lafayette and Thomas Jefferson in Lin-Manuel Miranda's hit musical "Hamilton" -- the characters originated by Tony-winner Daveed Diggs.

The 42-year-old actor is expected to make his "Hamilton" debut in mid-April, with a specific date still to be announced. His final performance in the Disney musical will be on Feb. 19.

Major Attaway, the current Genie standby in the Broadway company, will take over the role full time beginning Feb. 21. Deonté L. Warren will make his Broadway debut as a stand by for Genie. 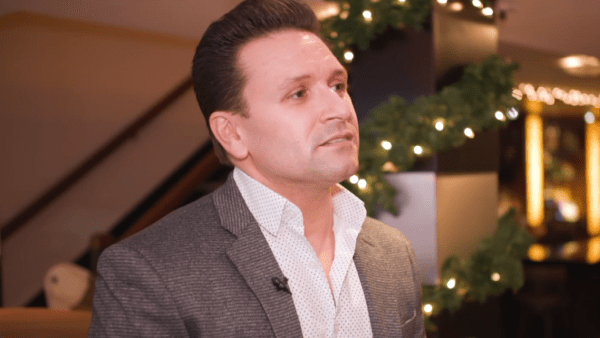 Iglehart's not the only "Aladdin" actor leaving Agrabah. Title star Adam Jacobs will debart the production on Feb. 12 to lead its North American tour this spring. Like Iglehart, Jacobs, 32, has been with the production since its Broadway premiere in March 2014.

No replacement has been named for Jacobs yet, but Playbill.com reports that "In Transit" actor Telly Leung has been cast in the role. A Disney Theatrical representative had no comment to NBC 4 New York on the report.

Meanwhile, five of the original stars of "Aladdin" have extended their contracts with the show through February 2018. They include: Jonathan Freeman (Jafar), Courtney Reed (Jasmine), Brian Gonzales (Babkak), Clifton Davis (Sultan) and Don Darryl Rivera (Iago).

"Aladdin," based on the popular 1992 Disney animated film, features a score by Alan Menken, Howard Ashman, and Tim Rice — with a new book and additional lyrics by Chad Beguelin. It lists the Oscar-winning "A Whole New World" and Oscar-nominated "Friend Like Me" among its score.

"Hamilton," based on Ron Chernow's biography of founding father Alexander Hamilton, features music, lyrics, and a book by Miranda. It won 11 Tony Awards at the 2016 ceremony and the Pulitzer Prize for Drama, among other successes.