Volatile Langella Loses Grip on Reality in MTC's ‘The Father'

Frank Langella allows us a glimpse into the mind of a man deteriorating from dementia in “The Father,” a drama by rising French playwright Florian Zeller. “The Father” is having its American premiere with the Manhattan Theatre Club, after acclaimed runs in Paris and London.

Because “The Father” is presented from the view of Langella’s André, a retired Parisian engineer—or perhaps a tap dancer?—we can't be sure what's actually happening and what's his imagination. But you will at least depart confident that André has a concerned daughter (Kathryn Erbe) trying to ease his adjustment into a nursing home, as she prepares for a new life in another city.

André’s story unfolds in what seems to be sequential fashion, but the same characters in his life keep turning up played by different actors, so the audience is sometimes as off-balance as André during the 90-minute one-acter, directed with assurance by Doug Hughes (“Outside Mullingar,” etc.). (Translation is by Christopher Hampton, known for his play based on the novel “Les Liaisons dangereuses.”)

The people in André’s orbit remember events differently than he does, so André can’t be sure he’s on top of matters, but this is not a man going gently into that dark night: André, 80, sees himself as vital and vigorous, an argument he adds an exclamation point to, during one discussion, by grabbing his own crotch and sneering.

“The Father” is set in daughter Anne’s flat. Or ... the apartment belongs to André. We’re never positive. Either way, the elderly man lounges around in his pajamas there. Our initial glimpse into André’s faltering state comes as he rants to his daughter that a previous caretaker must have stolen a precious watch.

Later, André will question Anne’s husband—that is, a man who may be Anne’s husband—about the man’s timepiece, asking if he can prove it’s his with “a receipt.” So there’s some paranoia going on. Probably.

Langella's last Broadway appearance was in 2011’s “Man and Boy.” Here, we’ll assume his André was an engineer, and not a dancer (as he tries to convince a potential health aide), because he’s clearly a methodical thinker who becomes muddled when things seem out of place. 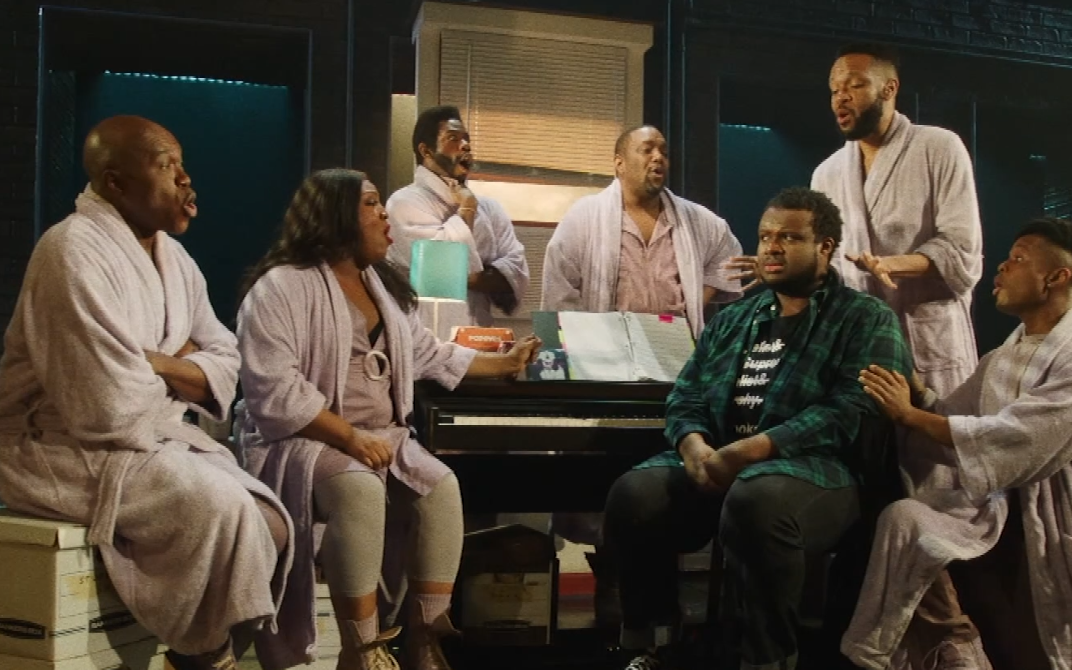 The three-time Tony Award winner (currently on FX’s “The Americans”) brings trademark versatility to the role, alternating from aggressive, to lucid and charming, then insecure and infantile. Langella’s mercurial performance surely will be relatable to any audience member who has spent time around a person with dementia.

As Anne, Erbe (the likable “L&O: Criminal Intent” vet, who was often foil to an emotionally volatile detective), is down-to-earth and unaffected. Anne always seems like a real person, and so it’s easy to sympathize with her conflict about leaving her father.

As Anne’s love interests—at least, as far as André is concerned—Brian Avers and Charles Borland are inherently unsympathetic “bad cops,” conveying their exasperation with father and daughter alike. They do fine work. Hannah Cabell, as a new caretaker, and Kathleen McNenny, as a nurse, alternately wander into scenes that are likely delusions on André’s part. The actresses are equally on point.

Donald Holder’s lighting, between the dozen or so scene changes, could be described respectfully as seizure-inducing, and seems a purposeful choice intended to underscore the disintegrating nature of André’s mind.

Much of “The Father” is a delusion, and so we work to form our own conclusions about what's real or not, even as André’s shifting reality guides us toward a foreshadowed ending. This is an intricately constructed drama depicting a phenomenon few can identify with—what it must be like to be a capable person slowly losing his mind.