The royals have a plan for succession, but darn if the king’s daughter is going to make things easy for them in the Public’s antic production of “Cymbeline,” the second of this season’s free Shakespeare in the Park productions, now at the Delacorte.

Daffier than those of other period romances, its complex plot is kept comprehensible thanks to a sure-footed cast that includes Lily Rabe and Hamish Linklater as the put-upon lovers Imogen and Posthumus; Patrick Page and Kate Burton as Cymbeline, ruler of Britain, and his queen; and Raul Esparza as Iachimo, the rogue womanizer whose actions set most of the story in motion.

I’m partial to Rabe, who also acted alongside Linklater last summer in “Much Ado.” The two share an on-stage chemistry that’s clearly informed by their offstage relationship. (The duo first appeared onstage together at SITP in 2010’s “The Merchant of Venice.”)

Rabe’s Imogen, here, is endearing: before the play has even begun, she’s married the man she loved and assumed he’d become her king. She soon learns that he thinks that she’s been adulterous—which causes her so much pain that she covets a swift death. But in the end, Imogen discovers reserves she didn’t know she had, and that strength serves her well.

Linklater, as Posthumus Leonatus, is well-suited as Imogen’s leading man, an orphan brought up in the court who fell in love with the king’s daughter. But Posthumus is young and easily swayed, and when Esparza’s Iachimo starts to goad him, he takes the bait, with nearly tragic results. (In fact, the tragic consequences ultimately befall Posthumus’s alter ego, Cloten—Linklater, again—the queen’s son by a former husband.)

Linklater manages to locate Cloten’s buffoonish core, in the same way he keeps Posthumus full of virtue and swagger. (Rabe and Esparza are pictured, below.)

As the patriotic Cymbeline, Page (“Casa Valentina”) seems regal, without pushing himself into histrionics, and even manages something like humility as the convoluted plot begins to wrap up at the end of the second act. 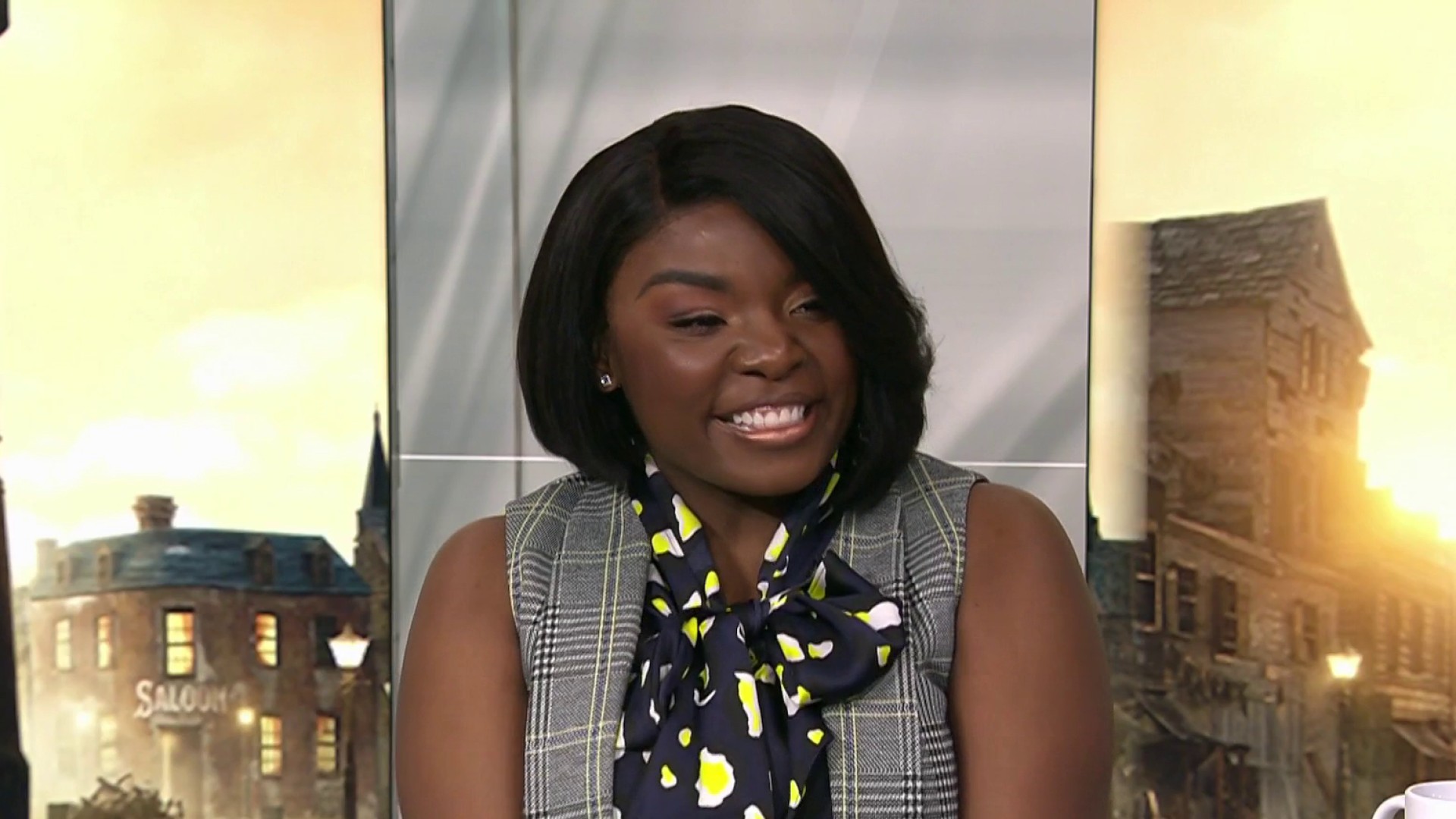 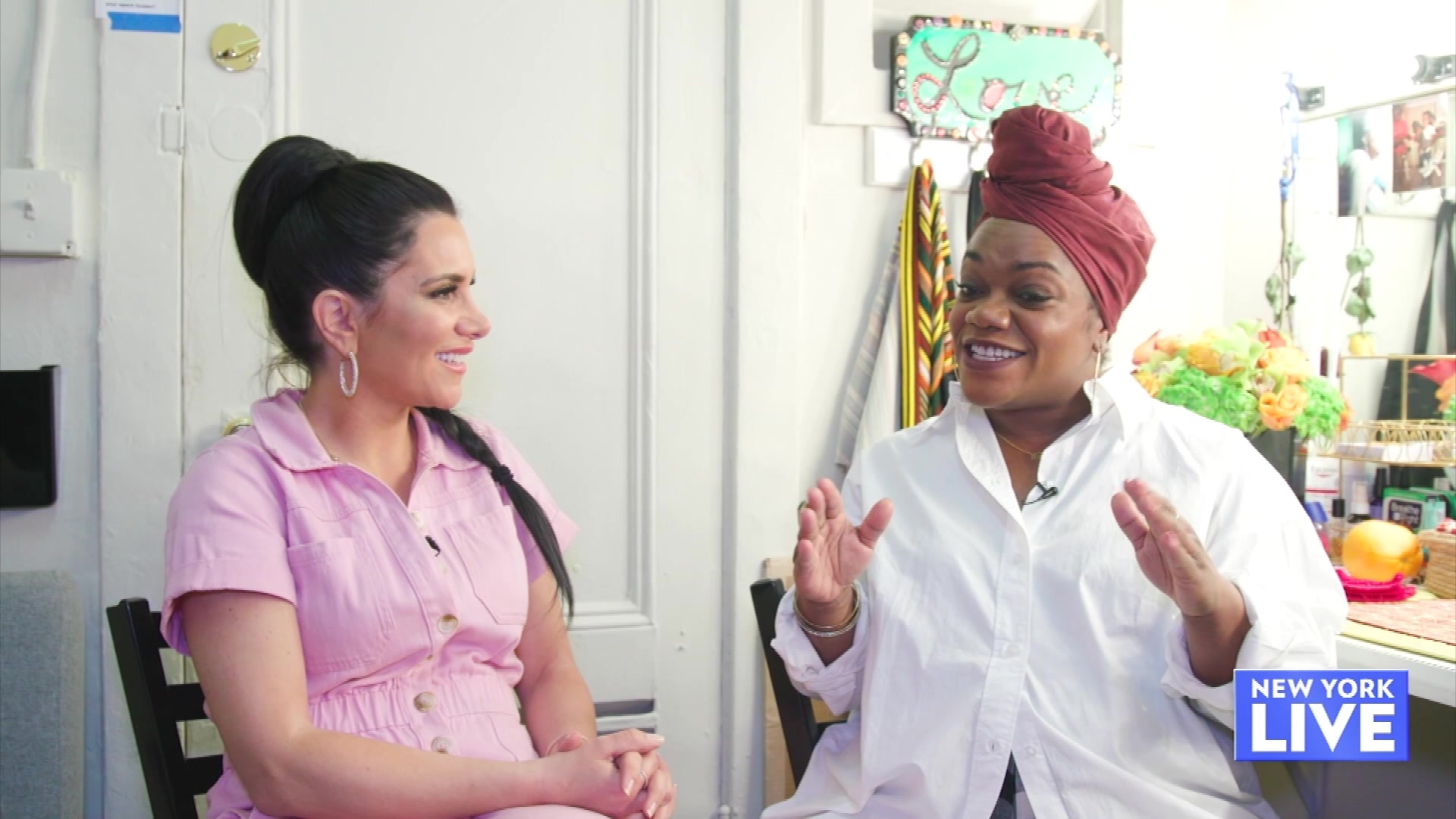 Burton gives a sly performance, surreptitiously passing along poison through a chain of characters in the hope it will infect someone she wishes dead … which is pretty much everyone, except Cloten. With a permanent sneer and her red hair formed into a disconcerting triangle, Burton seems a ringer for “Bloody” Mary, Elizabeth Tudor’s infamous elder sister.

We see Burton again in less duplicitous (and more appealing) form as an old hunter who lives in a cave with two boys who think they’re her sons, though in reality they’re Cymbeline’s children.

Broadway vet Esparza is the best thing about “Cymbeline,” as the villain who dupes Posthumus into thinking Imogen has been unfaithful. Iachimo seems here to represent decadent Italian fun, which explains why Esparza is dressed as if he’d just walked out of a Rat Pack movie. (This isn’t one of those SITP productions that relocate events from time and place, but it does employ the occasional anachronism to help us get a fast handle on a character’s emotional significance.)

In “Cymbeline,” Shakespeare dips deep into his bag of tricks. There are poisoned lovers; disguises and mistaken identities; and the weight of parental expectations—as employed just last month by Sam Waterston in “The Tempest.” It’s all resolved in an intricate final scene, and somehow everyone ends up dancing and relatively content … except, of course, for poor Cloten.

“Cymbeline,” through Aug. 23 at the Delacorte Theater in Central Park. Tickets are free and are distributed two per person (age 5+) at the theater beginning at noon on the day of each performance. See shakespeareinthepark.org.