Alex Brightman, "School of Rock"
Few things are more exciting than watching an actor play a role he was born to play. That’s what you’ll see watching Alex Brightman in Andrew Lloyd Webber’s “School of Rock.” After years of supporting roles in musicals, Brightman steps into the spotlight and takes command, giving a tour-de-force, star-making performance. He attacks the role with alacrity and his passion is infectious. Not only does Brightman have the singing chops to get you rocking, but his sincerity and authenticity will make you root for his character every step of the way. Jack Black who? —DQ

Steven Boyer, "Hand to God"
In Robert Askins’ send-up of religious zealotry, Boyer is both Jason, a student in a “puppet ministry class,” and Tyrone, a hand-puppet with a foul mouth and cynical streak. Chief among Boyer’s spirited moments is a simulated sex scene between Tyrone and a female puppet that was like my worst nightmare involving Scooter and Janice from “The Muppets.” Is Jason possessed? Or using Tyrone to say the things he never could? We never find out, but that doesn’t keep “Hand to God” from being a bracingly modern look at the nature of faith. Boyer, who developed his two characters over a stretch of 5 years, proved there’s some Tyrone in all of us.—RK

Danny Burstein, "Fiddler on the Roof"
When the new Broadway revival of “Fiddler on the Roof” was announced, many complained that it was too soon to revisit the Jerry Bock/Sheldon Harnick-classic, seeing how the last revival closed only 10 years ago. But once the naysayers see Danny Burstein take the stage as Tevye, they’ll forget their worries. The five-time (!!) Tony nominee gives an exquisite, layered performance as the poor milkman whose traditional convictions are tested by his three oldest daughters. Not only does he provide the emotional, impassioned rawness and vitality the character demands, but he’s also not afraid to show Tevye as a tender, lovable, joyus father, husband and friend. It’s a performance that will have you toasting: “L’chaim.”—DQ

Cynthia Erivo, "The Color Purple"
In a musical that stars Oscar and Grammy winner Jennifer Hudson and “Orange is the New Black” star Danielle Brooks, who would have guessed the performance generating buzz would be from a newcomer to American audiences? As strong as Hudson and Brooks are in “The Color Purple,” they’re also not afraid to work as a true ensemble, letting Erivo shine as Celie, the emotional heroine at the center of Alice Walker’s inspiring story. Erivo guides us with steady sincerity through Celie’s evolution from abused child and battered wife to sensual lover and independent businesswoman. All along, she’s powerful and quiet -- until her final song, when Erivo lifts her voice to the sky to remind the audience: “I’m here.” Trust us: she won’t be the only one with tears running down her face. —DQ

Megan Hilty, “Bombshell” Benefit Concert
“Bombshell,” the fictional musical at the center of NBC’s “Smash,” moved one step closer to reality this season when the Actors Fund staged a one-night benefit concert of Marc Shaiman and Scott Wittman’s delightful score. And while both Megan Hilty and Katharine McPhee had their stab at playing Marilyn, it was Hilty who turned Marilyn into a star. With the show’s biggest and best numbers in her hands (and while battling a cold) Hilty belted her way through Marilyn’s most emotional and exciting moments, to a sea of applause. Producers have said they plan on bringing “Bombshell” to Broadway. Let’s hope Hilty comes with it. —DQ

Jayne Houdyshell, "The Humans"
Every time I see Houdyshell’s name in a Playbill, I rest easy, even if it’s so-so material, such as the Orlando Bloom-led “Romeo & Juliet” (she was the scene-stealing nurse) or Larry David’s dismal “A Fish in the Dark” (she was David’s scene-stealing, sexually deprived mom). Stephen Karam’s “The Humans” is anything but so-so -- it will transfer to Broadway this spring -- thanks in no small part to Houdyshell’s turn as a betrayed wife who travels from rural Pennsylvania to New York for Thanksgiving dinner in her daughter’s new apartment. Houdyshell is in care-package making, full-throttle suburban mom mode, and I’ve never felt more like I was watching an actual human with whom I’ve shared a holiday evening.—RK 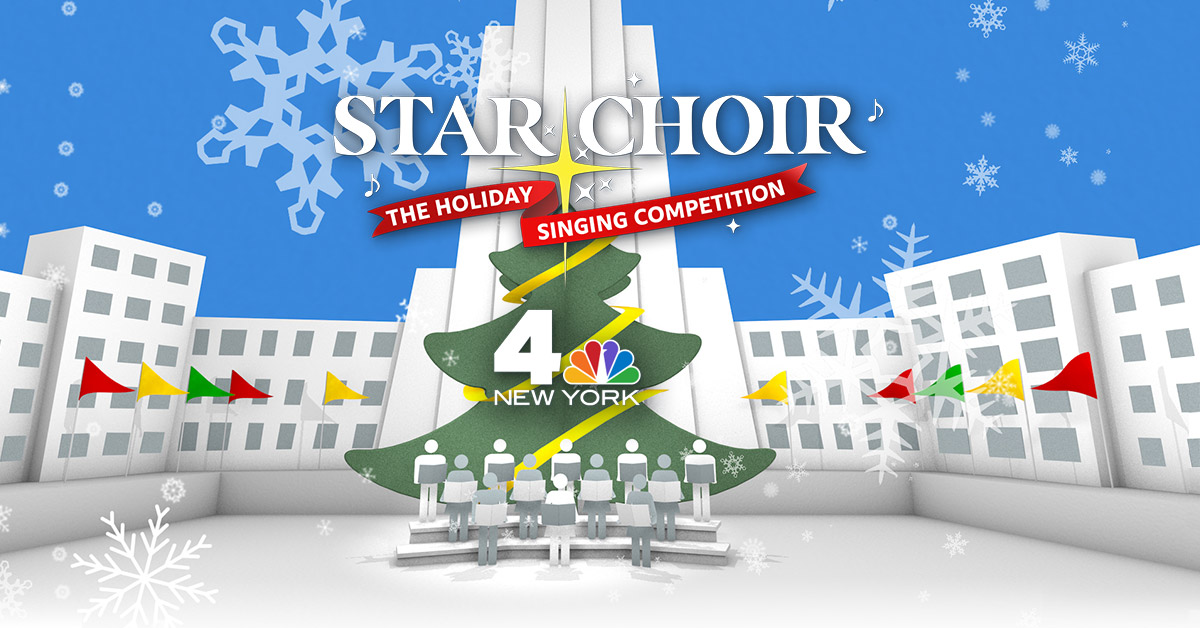 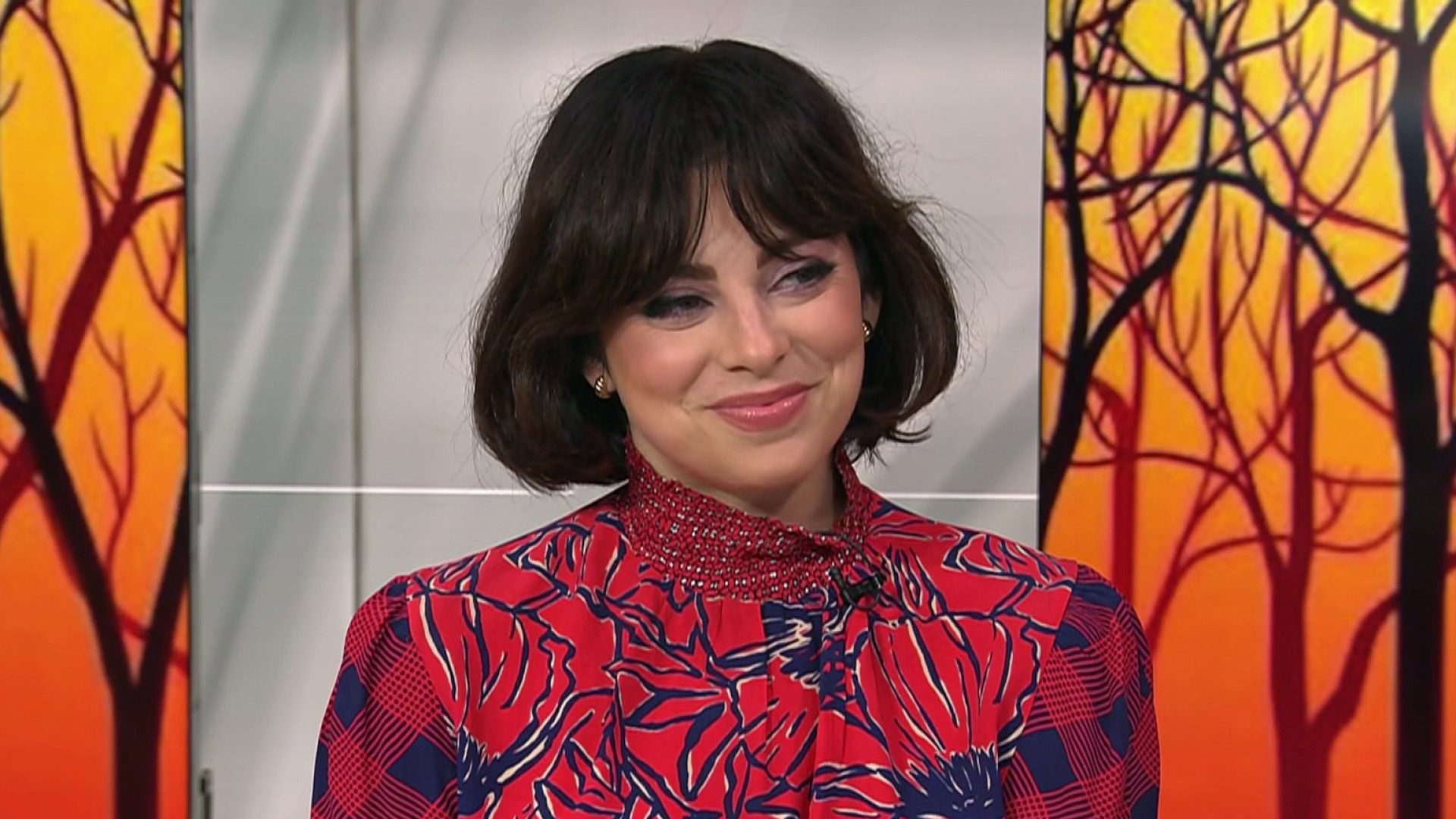 “Into The Woods” With Krysta Rodriguez

Leslie Odom Jr., "Hamilton"
Selecting any one performance from Lin-Manuel Miranda’s sweeping musical about Alexander Hamilton may be a fool’s errand, but months later, the performance I remember most is Odom Jr.’s as Aaron Burr, the slick and spasmodic narrator who early in their relationship advises Hamilton: “Talk less. Smile more. Fools who run their mouths off wind up dead.” Odom’s Burr is a stop-at-nothing climber obsessed with relevancy, fully exposed when he raps about wanting to be in “The Room Where It Happens.” Yet somehow, the kinetic Odom makes Burr’s admiration for his lifelong rival come through in every scene. —RK

Kelli O’Hara, "The King and I"
The astonishing O’Hara snapped an unreasonable Tony Award-losing streak as schoolteacher Anna Leonowens, who stands up to the ruler of Siam in Lincoln Center’s lush and respectful take on the Rodgers and Hammerstein classic. O’Hara’s Anna is determined, if cautious as a newcomer, and it’s thrilling to watch her negotiate the pitfalls involved in establishing herself at the court of the polygamist king. A high point: listening to her describe the beauty of a snowflake after the blissful “Getting to Know You” sequence. O’Hara’s voice is in prime operatic form throughout, rivaled only by her ability to waltz in Catherine Zuber’s lavish, flowing gowns. I whistled a happy tune all the way home. —RK

Krysta Rodriguez, "Spring Awakening"
The Broadway revival of “Spring Awakening,” which uses a mix of deaf and hearing actors, so strongly improves upon the 2006 Tony-winning original production, you’ll almost feel as if you’re seeing the material for the first time. The emotional strings are more finely tuned, no moreso than with the character Ilse, played by NBC “Smash” alum Krysta Rodriguez. An original “Spring Awakening” Broadway cast member herself (in a different role), Rodriguez takes the character normally played as a loving hippie outcast and turns her into a scared, damaged and angry young woman, forced into independence and desperate for connection. It's a beat Rodriguez fully commits to, emotionally and physically, making Ilse’s major scene all that more poignant. In a production full of moving moments, Rodriguez will take your breath away. —DQ

Benjamin Scheuer, "The Lion"
“Clothing becomes armor,” singer-songwriter Benjamin Scheuer says in “The Lion,” his bittersweet solo show about the barrage of maladies that characterized his teens and 20s. Dressed as if he’d stepped out of a Brooks Brothers catalog, it was difficult to reconcile his story of loss with the exuberant, suspender-clad fellow we met at the Lynn Redgrave Theatre. Scheuer performed in a simple space with a half-dozen mostly acoustic guitars, intermittently weaving folk-rockish songs into a tale that moved from crisis to crisis, settling ultimately on some sort of reconciliation to circumstance—all while displaying the kind of zest for life that could only come from a man making peace with his lack of control over the universe. Was Scheuer healing himself with “The Lion”? Or us? —RK

Peter Dinklage in CSC’s “A Month in the Country”... Georgia Engel in Annie Baker’s “John” at Signature Center… Joaquina Kalukango in City Center Encores! Off-Center’s “The Wild Party”... Andy Karl in “On the Twentieth Century” ... Telly Leung in George Takei’s “Allegiance”... Sydney Lucas in “Fun Home”... Rob McClure in “Honeymoon in Vegas”... Cristin Milioti in “Lazarus”... and the late Roger Rees, in his final role, opposite Chita Rivera in “The Visit.”