Macy's iconic Independence Day fireworks show will return to New York City in full force this summer after the COVID-19 pandemic relegated last year's bash to smaller displays in each of the five boroughs over the course of a week, organizers announced Thursday.

This year's show will launch more than 65,000 shells and effects, delighting throngs of New Yorkers and national crowds who can watch the excitement during a star-studded two-hour entertainment special on NBC. It starts July 4 at 8 p.m.

The musical score will feature patriotic classics like "The Star-Spangled Banner" and “America the Beautiful," as well as performances by Coldplay, Tori Kelly and Reba McEntire.

There's even going to be a city-sanctioned afterparty of sorts this year on Coney Island. The beach is only open until dusk but you can watch from the boardwalk.

As for the big Macy's display, you can check out that incredible spectacle anywhere that has an unobstructed view of the sky above the East River, there will be public viewing locations. Those will be set up and managed by the NYPD. Fully vaccinated spectators can check out the show from elevated portions of the FDR Drive in Manhattan with entry points at East 23rd, East 34th and East 42nd streets.

Public viewing for non-vaccinated spectators will be available along portions of the Queens, Brooklyn, and Manhattan waterfronts, though that could change as health and safety regulations evolve. Check Macy's website for the most up-to-date viewing information. ADA/Special Needs public viewing for verified fully vaccinated spectators will be accessible at the East 34th Street entry point.

"This tribute to everyday heroes will be the heart of this year’s Macy’s Fireworks and will serve as the musical accompaniment to the signature Macy’s Golden Mile moment of the spectacle, where thousands of golden-hued shells create a dramatic cascade effect 1,000-feet in the air and more than a mile wide across the East River," the organizers said in a statement. 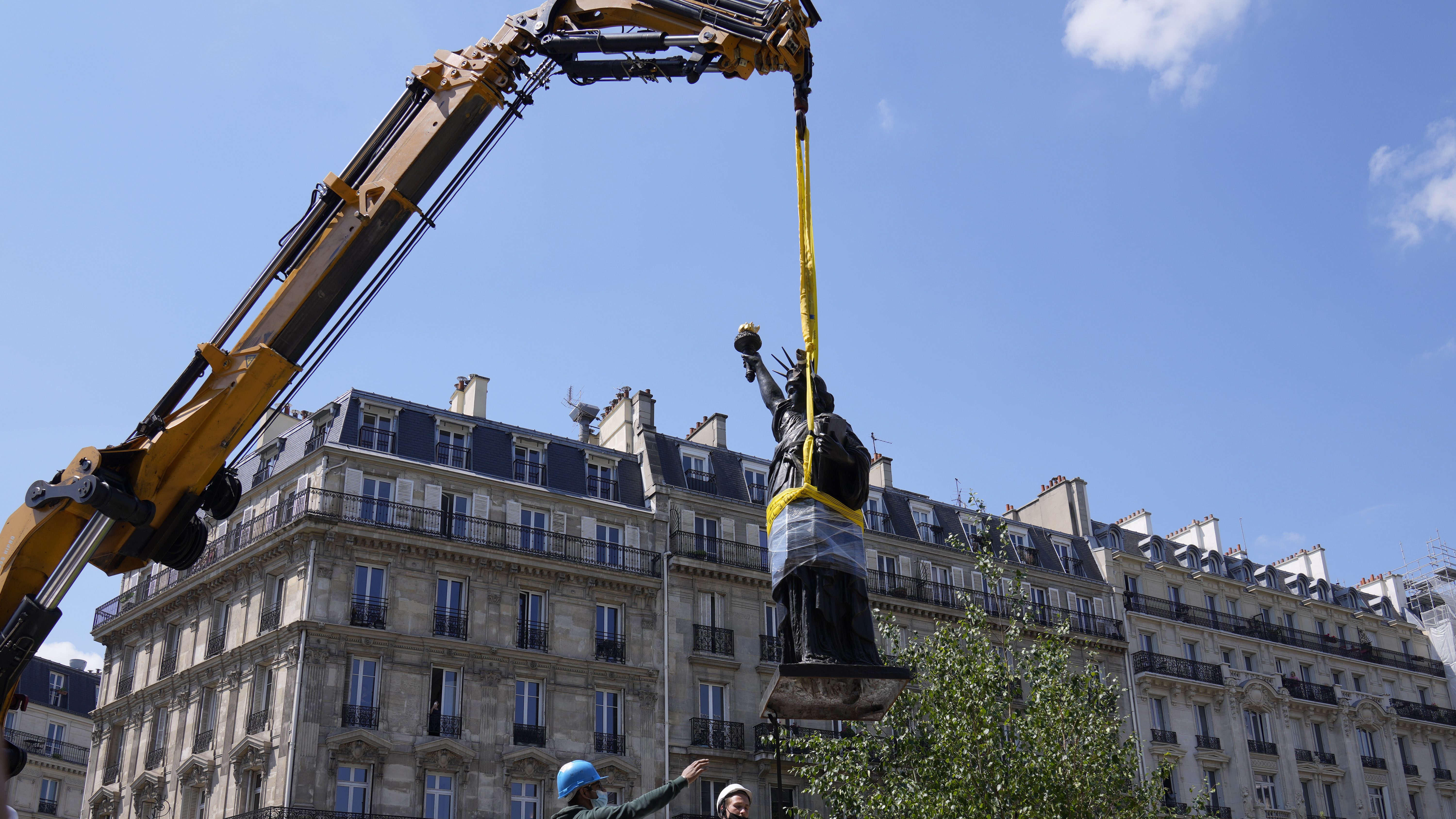 Mini Lady Liberty Statue Heads to US for July 4 Celebrations 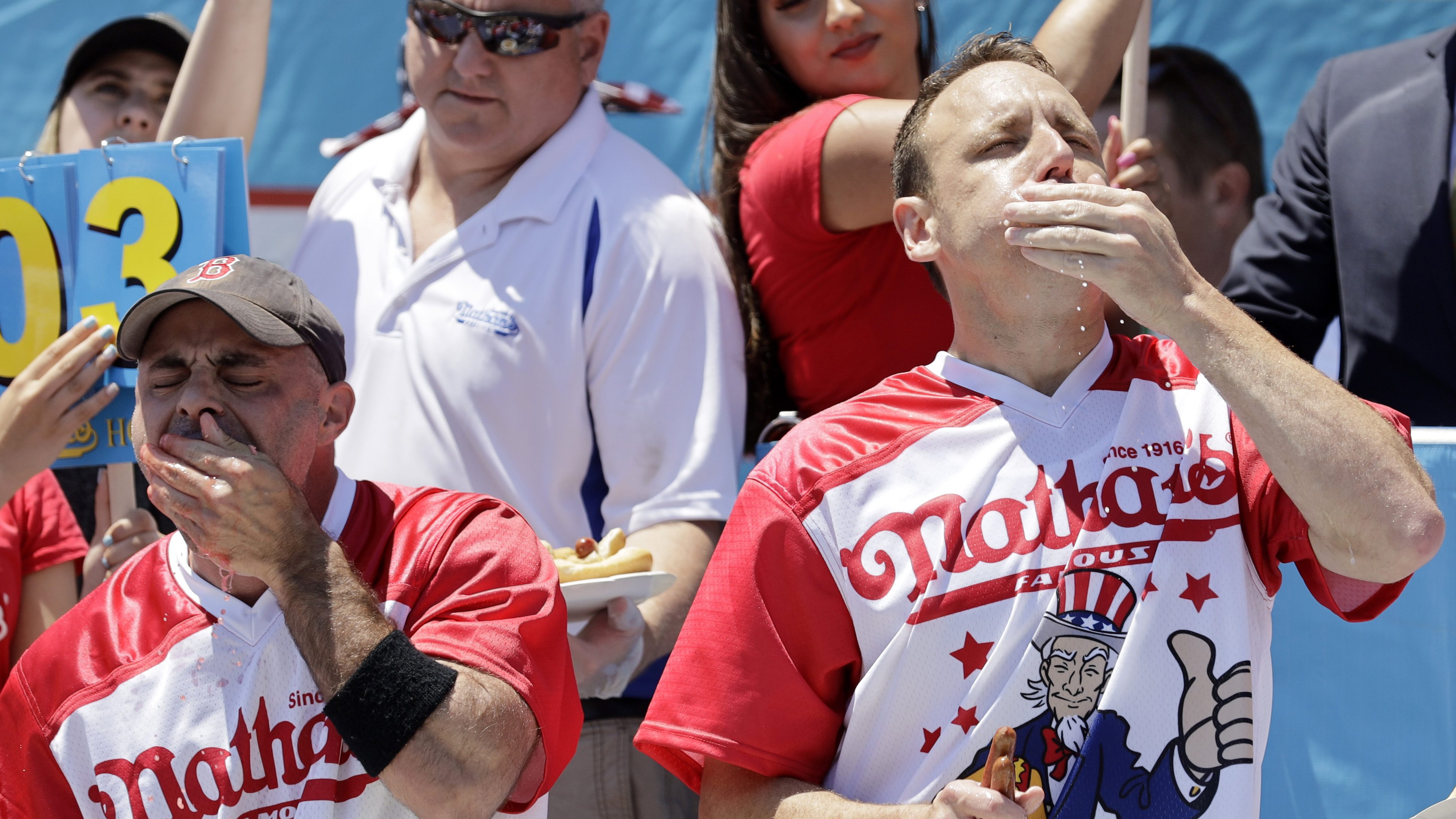 Macy's first started its NYC July 4 fireworks show in 1976. Now in its 45th year, the 25-minute display will feature a host of shells and effects in dozens of colors and shapes including eclipsing fans, triple linking rainbows, blue jellyfish with crackling tentacles and red, white and blue waterfalls, creating dramatic effects a mile across the river and from 1,000 feet in the air to the water’s edge, a press release said.

“The summer of New York City is underway!” an exuberant Mayor Bill de Blasio declared. "New Yorkers have worked hard to fight back COVID-19 and build a recovery for all of us. This summer, we can’t wait to reconnect with the iconic events that make our city great. These fireworks make us all proud to be New Yorkers and Americans, and I’m looking forward to a joyful and safe viewing this year."

“As America commemorates Independence Day, we are thrilled to join the celebration with a spectacular Macy’s 4th of July Fireworks display honoring the heroic spirit of our nation,” added Will Coss, executive producer of Macy’s 4th of July Fireworks. “Live from New York City, five barges positioned on the East River will launch an epic celebration that will inspire a renewed sense of hope and optimism among our fellow New Yorkers and viewers nationwide."

New York City is following through on its promise to celebrate Independence Day this year with Macy's iconic fireworks show despite the coronavirus pandemic.
Copyright NBC New York