The Peacock reboot "Bel-Air" keeps the characters of the beloved series, while shining a new light on race and family matters

He got in one little fight and his mom got scared and said, "You're movin' with your auntie and uncle in Bel-Air."

Except the difference between the premise of Peacock's reboot Bel-Air and the OG '90s version is that it took place in a world before Los Angeles' Rodney King riots and the more recent increased focus on the Black Lives Matter movement.

In the debut episode, viewers are introduced to Will Jabari Banks, a young, aspiring pro-basketball player from, yes, West Philadelphia who makes the winning shot in his school's big game.

But in being the community's golden boy, he's made himself the target of a local gang, led by Rashad, rapper Eazy the Block Captain. He finds himself at odds with the drug dealer when a pickup game ends in a fight and to avoid being beaten, Will takes out a gun, just as police arrive on the scene.

Of course, Will's mom Vy, April Parker Jones, calls up aunt Viv, Cassandra Freeman, and uncle Phil, Adrian Holmes, who agree to take in their nephew after he's been released from jail. As disappointing as this is for Will, he's no longer safe in the place he calls home.

The Fresh Prince of Bel-Air Cast, Then and Now

Of course, upscale Bel-Air isn't without its own challenges for a Black male teen. "We've had a lot of conversations, and we're being very meticulous about how we expand on these dynamic characters and relationships," Banks told The Hollywood Reporter. "The conversations we've been having have also been needed since the show ended." 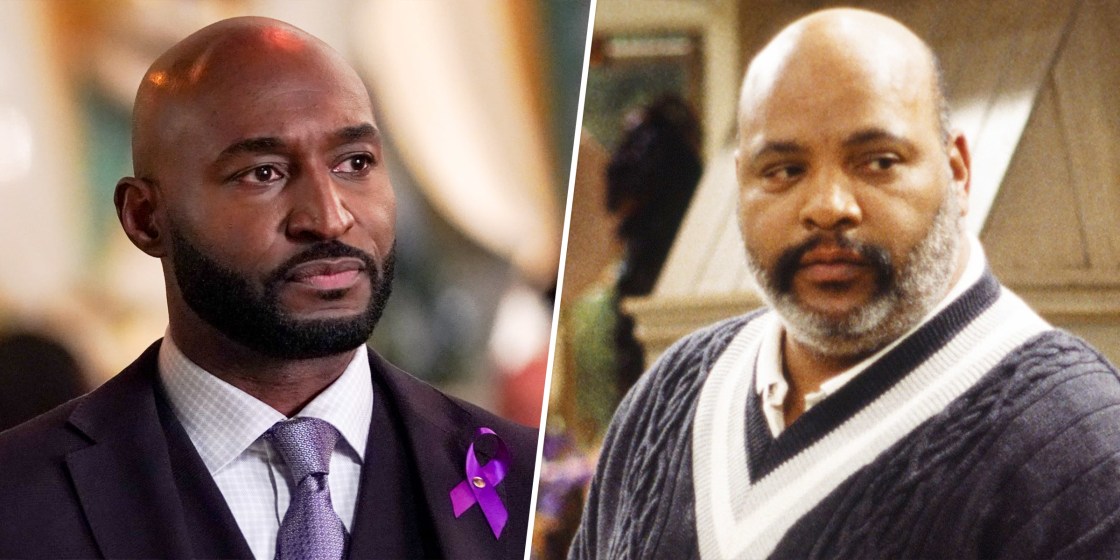 And it's not just about the killings that have claimed the likes of George Floyd, Ahmaud Arbery and so many others. Three decades later, there's been a very necessary shift in language and holding people accountable for the use of racist slurs.

In 2021, the country music community distanced itself from Morgan Wallen after he yelled the N-word during a drunken night out. At the time, he was one of the most-nominated country stars at the 2021 Billboard Music Awards--but that didn't matter. He was formally disinvited from the ceremony.

Wallen stated that he was apologetic, saying, "I was wrong. It's on me. I take ownership for this. And I fully accept any penalties I'm facing."

Just before that, in 2020, Bachelor Nation's Hannah Brown came under fire, and rightfully so, for saying the N-word while singing DaBaby's "Rockstar." Brown later stated she never meant to offend anyone and apologized, saying, "I am terribly sorry and know that whether in public or private, this language is unacceptable. I promise to do better."

And while many people quickly forgave her, dismissing the moment as a minor slip-up, Brown told her followers, "It is SO important to me to tell y'all that there is no defending what I said."

Though, if you ask Carlton, Olly Sholotan, he'd say that there's no difference between Jay-Z or his Bel-Air Academy classmates using the N-word. In the first episode, Will chastises him for allowing his friends to use the slur, and Carlton replies, "You really flipping out over a word that Black rappers sell to millions of white people every day. And you expect them not to say the words that they're listening to?"

It's a scene that sets the tone for their adversarial relationship, making it clear that though Will and Carlton are from the same family, they don't necessarily share the same background or beliefs.

Banks remarked that they chose this debate because the cast and crew wanted to acknowledge all perspectives, saying, "I think a lot of Black folk think like Will, but there are a whole group of Black people in this world who see that issue from Carlton's perspective."

Even though conflict is uncomfortable, Banks said that's why they made Bel-Air: "To open up and start having those conversations is the most important part for me."

And this familial divide isn't exclusive to Black families, it's commonplace among every family. If you haven't had an uncomfortable Thanksgiving dinner since the 2016 election, consider yourself a unicorn.

All this is to say that this fresh take on the prince of Bel-Air's story is more relevant than ever. The song is still pretty catchy, too.

Bel-Air is streaming on Peacock.

(E! News and Peacock are both members of the NBCUniversal family.)