"All over the world," Oprah says in the trailer, "people are in some kind of mental, psychological, emotional pain

Prince Harry and Oprah Winfrey are speaking out against the stigmas associated with mental health.

In their new docuseries "The Me You Can't See," which premieres on Apple TV+ May 21, the Duke of Sussex and the OWN mogul -- along with several other stars -- reflect on their own struggles and emotional well-being. The first trailer for the series, released on May 17, shows Harry and Oprah sitting down to start an honest conversation on mental health.

"All over the world," Oprah says in the trailer, "people are in some kind of mental, psychological, emotional pain."

Oprah Winfrey and Prince Harry are teaming up for a new mental health series and they have a very special guest making a cameo. In a new preview for the series, we catch a glimpse of Harry’s wife, Meghan Markle. The Duchess of Sussex appears behind her husband at the computer, wearing a “raising the future” shirt. The new docu-series focuses on mental health and emotional well-being and shares stories of people’s personal journeys along with Lady Gaga, Glenn Close, The Duke of Sussex and Oprah Winfrey. “The Me You Can’t See” will premiere on Apple TV+ on May 21, 2021.

Harry and Oprah, who are credited as co-creators and executive producers of the series, then discuss words associated with mental health, such as "crazy" or "lost it" as well as "can't keep it together."

Oprah then notes, "With that stigma of being labeled 'the other,' the telling of the story, being able to say, 'This is what happened to me,' is crucial." 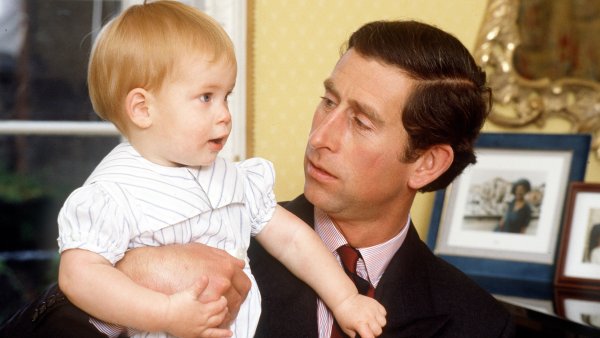 "I don't tell this story for my own self-service," Lady Gaga says in the trailer. "I've been through it and people need help."

Harry also points out, "To make that decision to receive help is not a sign of weakness. In today's world, more than ever, it is a sign of strength."

Take a look at the video above to see a sneak peek of "The Me You Can't See," featuring a brief appearance by Meghan Markle.