There's one word that always grabs the world's attention in sports: scandal.

Figure skating has had its share — anyone recall Tonya and Nancy in 1994? That one has been examined as often as Nathan Chen nails a quadruple jump.

Not so much the 2002 disgrace at the Salt Lake City Olympics.

Tara Lipinski, the 1998 Olympic gold medalist and now an analyst for NBC, partnered with husband Todd Kapostasy on a four-part documentary series on Peacock, NBC's streaming outlet. “Meddling” takes a closer look at the scandal surrounding the alleged vote-rigging plot, in which the Russians were accused of fixing a gold medal victory for pairs skaters Elena Berezhnaya and Anton Sikharulidze, beating out Canadians Jamie Sale and David Pelletier despite the Canadians' flawless routine.

As part of the scheme, French judge Marie-Reine Le Gougne allegedly succumbed to pressure from her federation to lowball the Canadians' scores in favor of their Russian rivals.

Days after the improprieties in the scoring surfaced, Sale and Pelletier, were also awarded gold medals and the Russians were allowed to keep theirs. The two pairs shared the top podium at the medals ceremony as co-gold medalists. 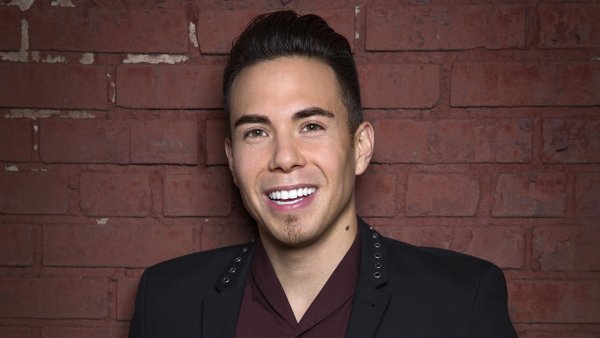 Get Ready for Season 2 of My New Favorite Olympian 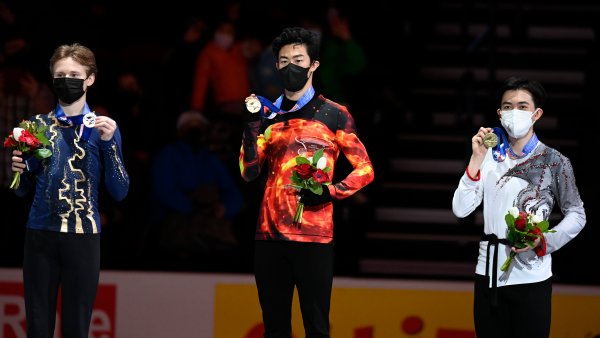 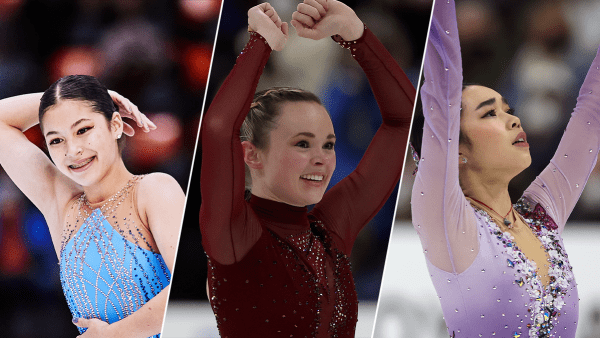 “It brought a sadness for me as an Olympic champion knowing what that night is like,” Lipinski explains. "You skate your heart out and everything goes right, the rest is all fun and soaking in the crowd and seeing marks. And you win and have your time on the podium listening to the national anthem, and those are one-time lifetime memories.

“I think they would all agree it was the most bizarre and unfortunate night. How uncomfortable and extremely awkward it was sharing the top podium. David said it was 'done for the people, not for us.'

“I don’t think any of those skaters will get that night back, their one shot at Olympic glory and to experience what it would be like to win a gold medal.”

Instead, they got chaos. As the AP reported:

"So on Sunday night, after the original dance ended, a blue carpet was laid down on the ice and a medals podium put on top of it. Canadian and Russian flags were hung on a scaffold, ready to be pulled to the rafters.

"It had the potential to be awkward — medals ordinarily won by one couple shared between two. But Berezhnaya and Sikharulidze accepted their co-champions gracefully, a gift Sale and Pelletier acknowledged."

Still, as Lipinski and Kapostasy discovered during interviews with everyone involved — including Le Gougne — it left scars. On the sport, which immediately underwent sweeping reforms in judging and a revamping of the scoring system, eliminating the perfect 6.0 that wasn't all that perfect in the end. And on the four skaters, 20 years later.

Figure skater Jason Brown has always been known for his bubbly personality and his ponytail flowing through jumps and spins on the ice, but when he makes his second Olympic appearance in Beijing this February, he’ll be rocking a whole new look.

Lipinski notes that there had not been an in-depth look at the scandal in the past two decades. Even though it was a dominant theme during the Salt Lake City Olympics, an ongoing drama for days, the perception generally was that the French judge voted for the Russians that night under pressure from others. Netflix covered the scandal in an episode titled "Gold War" as part of its docuseries "Bad Sport."

“But detailing every facet was needed. It is a deep and responsible look at what happened,” she says of “Meddling.” “There are so many different layers of this story that I didn’t realize were happening.”

Le Gougne and the head of the French skating association were suspended for three years for their alleged roles in the scheme.

The docuseries is the first time Le Gougne has spoken to American media, Lipinski says. They did a six-hour interview.

“It affected her life so greatly,” Lipinski says. "She moved back in with her mom in France and feels like she was not able to live her life, misses her sport so much. Sadly, she even contemplated suicide.

“Twenty years later, we're getting to look at where these people are now and how it affected their lives so deeply.”

Lipinski and Kapostasy are hoping to do more projects with their May Fifth Productions. Not necessarily focusing on figure skating, although it is ripe with potential.

“The reason I wanted to do it, I never want to back away from things that have happened in this sport, and that was a huge blemish," she says. “It is nice to not pretend it didn’t, but why not take a look at it and relive the story and find out more? At the same time, we can appreciate that this sport has evolved and has a new judging system.”

And, in recent years, no scandals.

Watch the first episode of "Meddling" for free on Peacock here.

Gender roles are entrenched in the sport of figure skating - creating a challenge for athletes outside the binary, like U.S. pairs figure skater and Olympic hopeful Timothy LeDuc. In this episode 3 of the My New Favorite Olympian podcast, LeDuc talks about coming up in the skating world, coming out to their family twice, and how they navigate a sport whose official rulebook defines skating pairs as a man and a woman.
The Associated Press/NBC