Ahead of the Feb. 24 return of "Law & Order," Sam Waterston teased that we have a lot to look forward to

A fan favorite is returning to "Law & Order." This is their story.

It was previously announced that Sam Waterston and Anthony Anderson are reprising their roles as District Attorney Jack McCoy and Detective Kevin Bernard, respectively, when "Law & Order" returns on Feb. 24. And now, in an interview on Feb. 10, Waterston teased that one of his "favorite people on Earth" will be returning to the crime drama.

"One of the wonderful things about doing a television show in New York like this with really juicy parts for visitors is that there's this extraordinary pool of talent of New York actors. So, the hope and expectation is that there will be a wonderful surprise every week," he told Variety.

He continued, "There is a person coming back in the first show, one of my favorite people on Earth. I'm not allowed to tell who that is, but you'll be glad when you see her."

Who could it be? We'll just have to ask Detective Bernard to crack the code on Waterston's cryptic message. 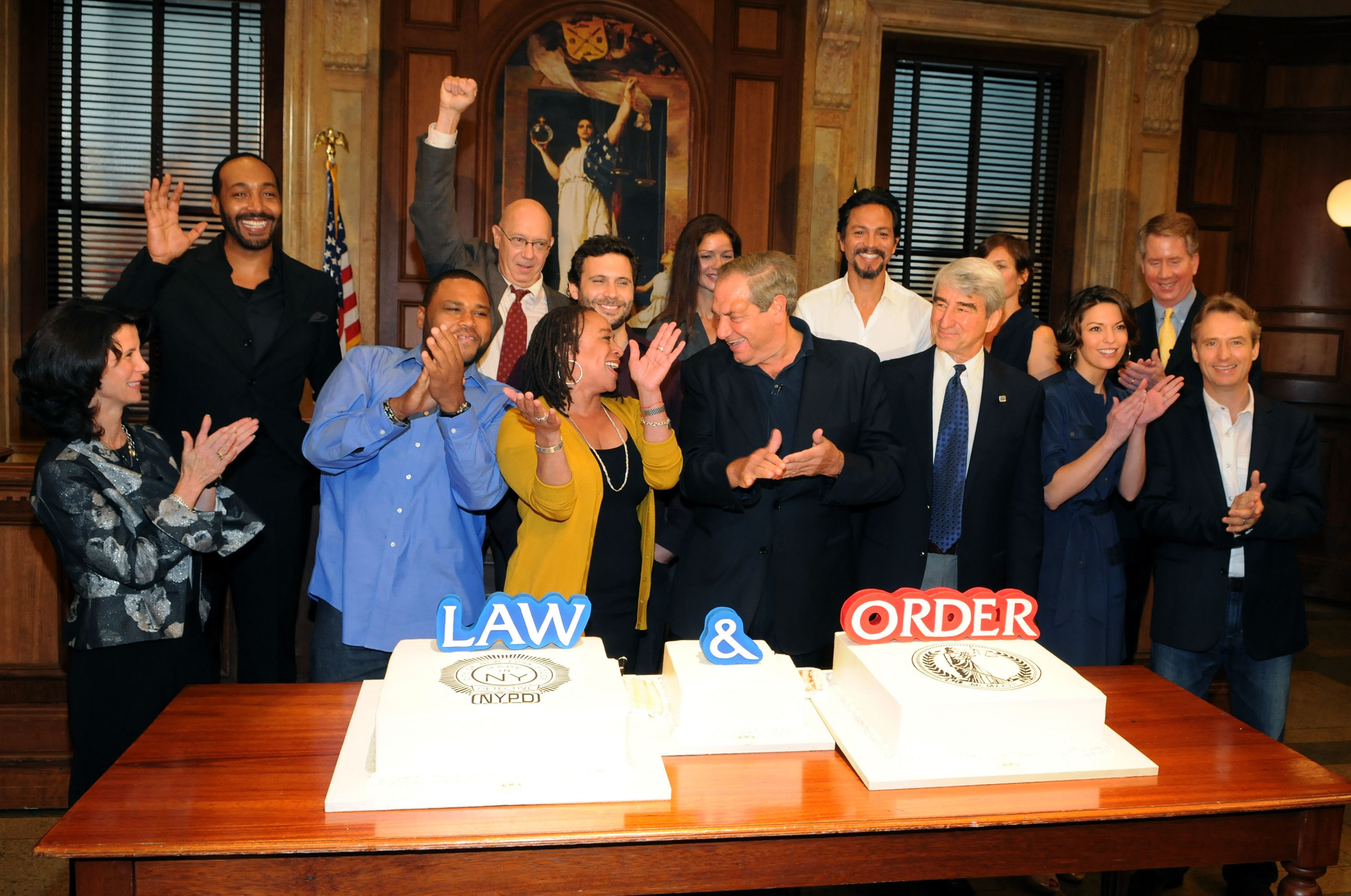 The Original ‘Law & Order' Is Coming Back to NBC: Everything We Know

Fonda and Tomlin Savor Senioritis as ‘Grace and Frankie'

Per the original announcement, the new "Law & Order" will pick up where the drama left off in 2010, offering an even closer look at "the police who investigate crime and the district attorneys who prosecute the offenders."

Scroll through to find out everything you need to know about the "Law & Order" revival before it premieres Feb. 24 on NBC.

When Will the Revival Premiere?

""Law & Order" is quite simply one of the most iconic shows in television history, and the idea of continuing its legacy and partnering with Dick on an all-new season is nothing short of exhilarating" Susan Rovner, Chairman for Entertainment Content at NBCUniversal Television and Streaming, said in a press statement. "This is great news for NBC as well as TV fans everywhere."

Sam Waterston Is Back as Jack McCoy

Sam Waterston will return as District Attorney Jack McCoy, the character whom creator Dick Wolf calls "the ultimate conscience of the show."

Anthony Anderson also will reprise his role of Detective Kevin Bernard. "With both Sam and Anthony returning, it shows that the 21st season is merely a continuation of where we left off," creator Wolf explained.

Hugh Dancy Joins the Cast as an ADA

McCoy may be getting a new friend ... or foe. Hugh Dancy joins the cast as yet-unnamed Assistant District Attorney.

What Other "Law & Order" Stars May Appear?

Dann Florek has been popping up on "Law & Order: SVU" as former captain Kragen, so perhaps he may join the "Law & Order" reprisal.

And, in a February Variety article, Waterston teased that "there is a person coming back in the first show." Though the "Law & Order" veteran didn't name the returning performer, he did mention an actress and called her one of his "favorite people on Earth," adding, "you'll be glad when you see her."

E! and NBC are part of the NBCUniversal family.