Meghan Markle and Prince Harry are starting the next chapter in their lives by announcing the launch of their new organization Archewell.

On Monday afternoon, the Duke and Duchess of Sussex revealed they are creating a non-profit titled Archewell after having to ditch their Sussex Royal brand. They told The Telegraph they intend to "do something of meaning, to do something that matters" with their new organization.

E! News can confirm the couple trademarked the name for multiple purposes, including clothing and audiobooks. 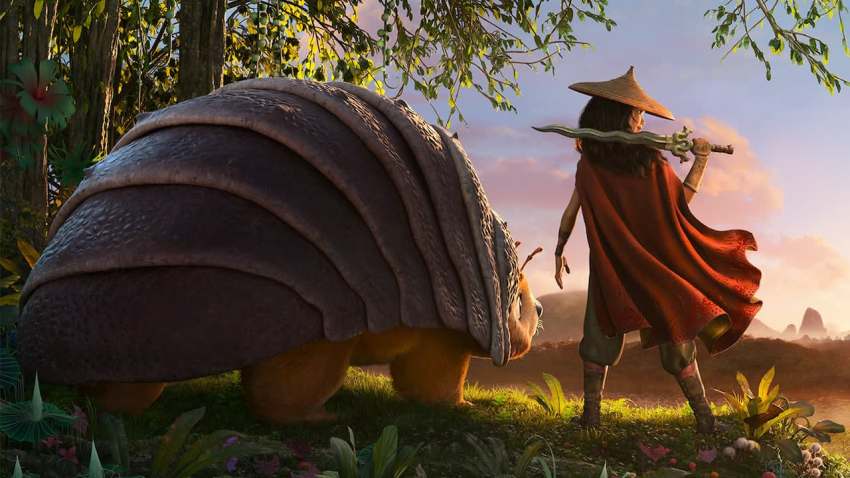 Raya and the Last Dragon 3 hours ago

As for the inspiration behind their new brand's name, it's clear their son Archie Harrison's moniker played a large role. "Before SussexRoyal, came the idea of 'Arche'--the Greek word meaning 'source of action'. We connected to this concept for the charitable organisation we hoped to build one day, and it became the inspiration for our son's name," Meghan and Harry explained to the publication. "Archewell is a name that combines an ancient word for strength and action, and another that evokes the deep resources we each must draw upon."

The Duke and Duchess of Sussex went out over the weekend with a royal bang, as they make their last official appearances as working royals before splitting from Buckingham Palace.

Though they are speaking out about Archewell, the couple said this is not an official launch of the non-profit. They are postponing that date until the coronavirus pandemic is over and they are able to devote their full attention to the project, since they said, "Like you, our focus is on supporting efforts to tackle the global COVID-19 pandemic."

Meghan and Harry then shed some light on the timing of the announcement. "Faced with this information coming to light, we felt compelled to share the story of how this came to be," the duo shared.

"We look forward to launching Archewell when the time is right," they added.

The Duke and Duchess of Sussex are currently social distancing in Los Angeles, where they intend to live for the foreseeable future. A source told E! News in March the family of the three is "enjoying all the time together" as they get settled into their new life after stepping down as senior members of the royal family.

Prince Harry, Meghan Markle, The Duke and Duchess of Sussex, announced on Twitter that they will be taking a step back from their royal duties in the royal family.

Meanwhile, the rest of the Royal Family is hunkered down at their respective estates in the United Kingdom. His grandmother Queen Elizabeth II gave a rare televised speech from her home at Windsor castle, while father Prince Charles, who is recovering from the coronavirus, and brother Prince William are staying in touch with the country through social media and video messages.