Muffins, Gummy Bears and a Vaping Witness: Inside the Bizarre Johnny Depp and Amber Heard Trial

All eyes are on Johnny Depp and Amber Heard's ongoing legal battle, as well as the strange moments defining it.

Five years after their breakup, Depp is going head-to-head with his ex-wife in a Virginia courtroom over a Washington Post essay Heard penned back in 2018, in which she described herself as a "public figure representing domestic abuse." Although she never mentioned Depp by name in the article, the Pirates of the Caribbean actor's attorneys have argued in court documents that Heard's op-ed was part of an "elaborate hoax" created "to advance her career." Heard is countersuing her former husband for $100 million.

And while the Depp's defamation trial against Heard has unearthed some shocking revelations, it has also made people say "hmmm." For one, the courtroom -- including the judge presiding over the case -- was flummoxed when a pre-recorded deposition that showed a witness vaping from the inside of his car was played for the jury.

Not to mention an odd exchange between Heard's attorney and a witness for Depp about who specifically brought muffins for the "Aquaman" actress on the day of her clinical evaluation. (And if you're wondering: Yes, they actually spent time in court breaking it down.) 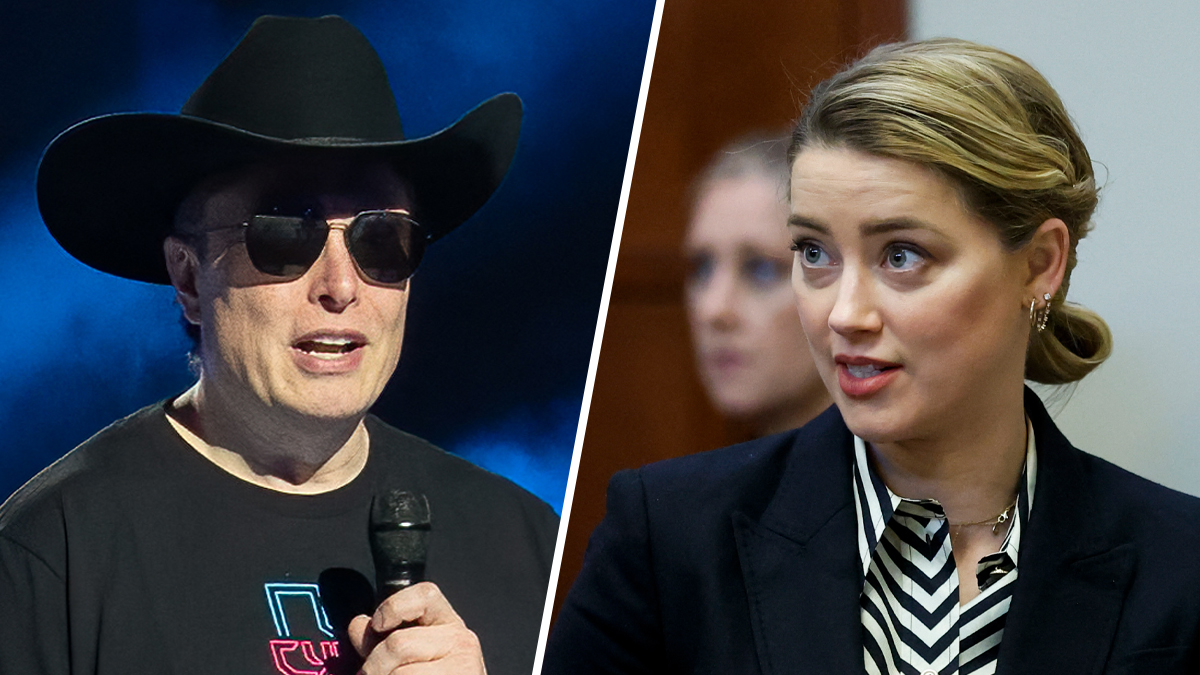 Elon Musk Not Testifying in Amber Heard Trial: Look Back at Their Dating History Here are the moments from Depp and Heard's trial that left people perplexed.

On April 27, Depp was spotted carrying a notebook marked "Built to Last" and decorated with a green figure wearing a crown on its cover. Those following the court case online noticed that the actor often drew in the notebook during breaks, with one Twitter user writing that it was "actually so heartwarming" to see.

Was this a case of life imitating art? Throughout the trial, Depp was photographed with small piles of confections on his desk, including gummy bears and jellybeans. At one point, camera footage from the legal proceedings captured the Charlie and the Chocolate Factory actor handing what appeared to be candy to someone in the courtroom.

In a video captured outside of the courthouse, Depp was seen stepping out of his car as "Exodus" by Bob Marley loudly played on its speakers. He then quipped to the cameraperson, "Back in the little room again."

When the footage made its way online, social media users didn't hold back on expressing their thoughts about Depp's choice in music. "Johnny Depp blasting ‘Exodus' by Bob Marley to the defamation trial is a big vibe," one Twitter user wrote, while another tweeted that they had watched the clip "about 20x…it just never gets old."

The courtroom was left perplexed on April 27 after a pre-recorded video deposition of Alejandro Romero, the front desk attendant at Depp and Heard's former Los Angeles apartment building. The conversation showed him vaping from the inside of a car as he gave his statement, before driving away while continuing to answer questions. In a candid remark, Heard's attorney called it "the most bizarre deposition."

During his court appearance on April 27, Depp was seen drawing something on a post-it note before passing it to his lawyer. In a video footage of the exchange, Depp's attorney put on his glasses to examine the sketch and nodded as the "Pirates of the Caribbean" star whispered something in his ear.

One fan tweeted, "crying over Johnny Depp's lawyer looking at his doodle like a proud dad."

Eagled-eyed social media users noticed that the former couple had been wearing similar-looking suits and near-identical ties throughout the trial, prompting some to suspect that Heard "intentionally recreated" Depp's look as a subtle message.

E! News reached out to Amber's rep for comment but did not hear back.

Muffins on the Mind

Social media users were fascinated with a discussion about muffins as Dr. Shannon Curry, a clinical and forensic psychologist who was hired by Depp's legal team to evaluate Heard, took the stand. When Heard's attorney Elaine Bredehoft, in an attempt to sort out Curry's testimony, asked the psychologist if her husband had brought the "Aquaman" actress baked goods on the day of her evaluation, Curry replied, "May I clarify what occurred so we can stop talking about the muffins?"

Curry went on to explain that she was running late that day and had asked her husband "to pick up the muffins for me" from a local bakery for the office, not specifically for Heard.

"He brought the muffins back to the house. I brought them into the office. Ms. Heard and I enjoyed the muffins together," Curry said. "I think I made a comment to her along the lines of 'my husband got these for us today,' meaning he purchased the muffins we are now enjoying them because of him."

The bizarre exchange led to numerous TikTok videos, with some comparing it to the "Muffin Man" interrogation scene in "Shrek."