Before he was a crime boss with an uncertain fate, Tony Soprano (Michael Gandolfini) was a New Jersey teen with a dream of going to college.

So, what went wrong? Well, as the new trailer for "The Sopranos" prequel film, "The Many Saints of Newark," teased, a mentorship from Dickie Moltisanti (Alessandro Nivola) and disdain from his mother Livia (Vera Farmiga) may've led him astray.

"You lead by example," Dickie comments as chaos unfolds in the first look. "He'll make the right decision. This kid's got what it takes."

It's clear the new prequel film, which arrives October 1 on HBO Max and in theaters, will unpack Tony's origin story in a way we could've never expected. It doesn't hurt that Michael is reprising his late dad James Gandolfini's role.

"Young Anthony Soprano is growing up in one of the most tumultuous eras in Newark's history," teased Warner Bros Pictures' description. "Becoming a man just as rival gangsters begin to rise up and challenge the all-powerful DiMeo crime family's hold over the increasingly race-torn city. Caught up in the changing times is the uncle he idolizes, Dickie Moltisanti, who struggles to manage both his professional and personal responsibilities -- and whose influence over his impressionable nephew will help make the teenager into the all-powerful mob boss we'll later come to know: Tony Soprano."

The new trailer puts it best when it declares: "Legends aren't born. They're made."

Secrets About The Sopranos

Thanks to a slew of younger actors, the film revives characters we've come to know and love, including Junior Soprano (Corey Stoll), Paulie Gualtieri (Billy Magnussen) and Silvio Dante (John Magaro). And, as we mentioned above, "The Many Saints of Newark" also introduces the late Sopranos star's son. 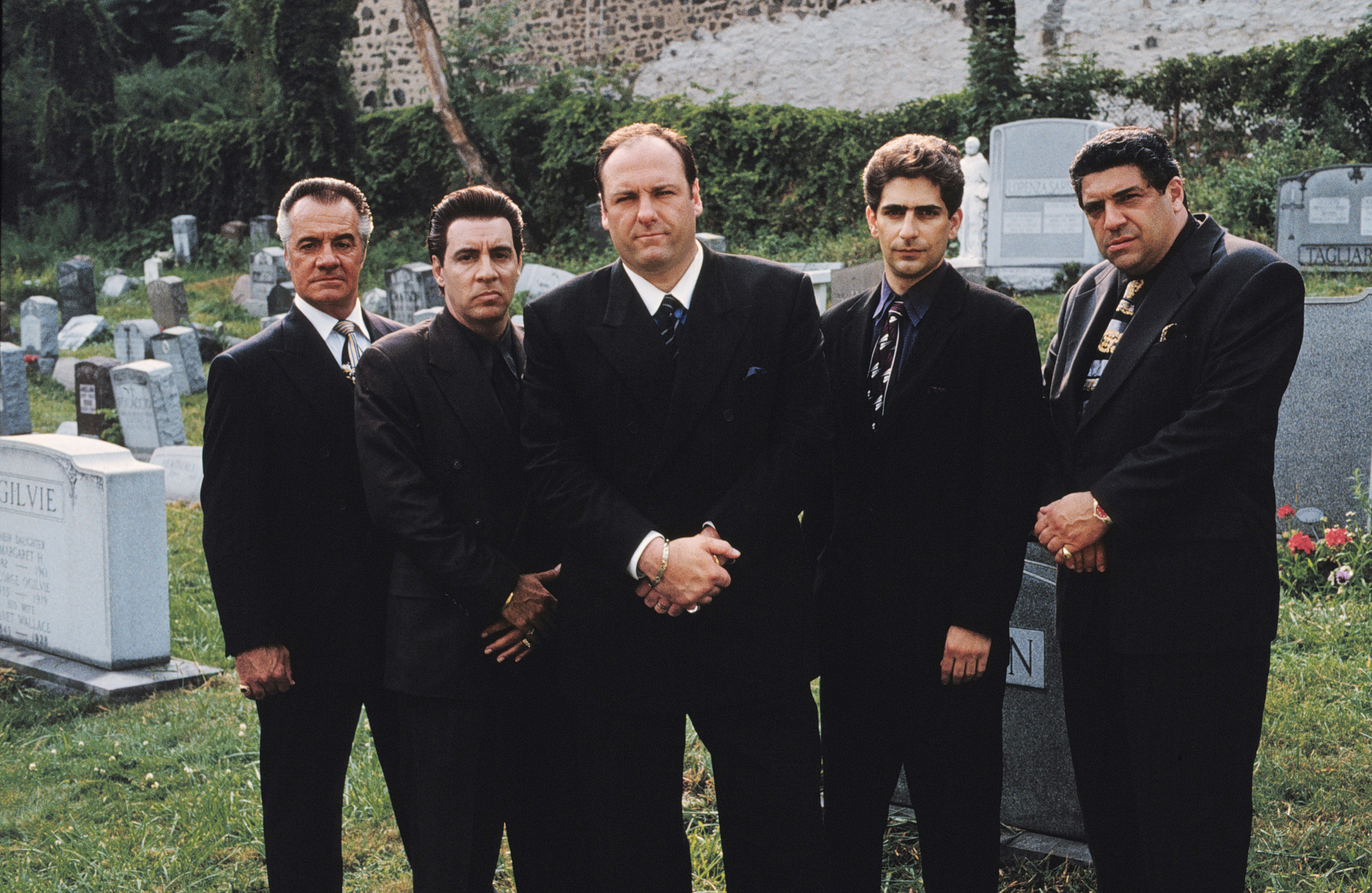 In a 2019 interview with Esquire, Michael revealed that the process was more intense than he could've imagined.

"As an actor, I had to watch this guy who created the role, to look for mannerisms, voice, all those things I would have to echo," he said of his dad, who passed away in 2013 at age 51 following a heart attack. "But then I'd also be seeing my father. I think what made it so hard was I had to do it alone. I was just sitting alone in my dark apartment, watching my dad all the time."