In an emailed statement to the LA Times, who first reported on the complaint, a “Hamilton” spokesperson denied the allegations

A Black, transgender actor who was a part of the Broadway hit musical "Hamilton" has alleged the show discriminated against them and rescinded their contract renewal in retaliation over requests to have a gender-neutral dressing room.

Attorneys representing Suni Reid on Wednesday announced that the actor filed an Equal Employment Opportunity Commission complaint against the production. The complaint stated that Reid, who was part of the Los Angeles productions of "Hamilton," made a legally protected request in June 2021 to have access to a gender-neutral dressing room at the theater and the actor was then sidelined during rehearsals, previews and beyond opening night.

Reid retained legal counsel in late July 2021, the lawyers said, and the "Hamilton" productions told them in September that their contract would no longer be renewed.

“Publicly, Hamilton is a beacon of diversity and appears committed to causes seeking social justice and harmony. Behind the curtain, however, the Company’s management will force out a Black, transgender cast member simply because they stood up for themselves and advocated for a more equitable workplace, and therefore called that public image into question," attorneys Lawrence M. Pearson and Lindsay M. Goldbrum said in a statement. 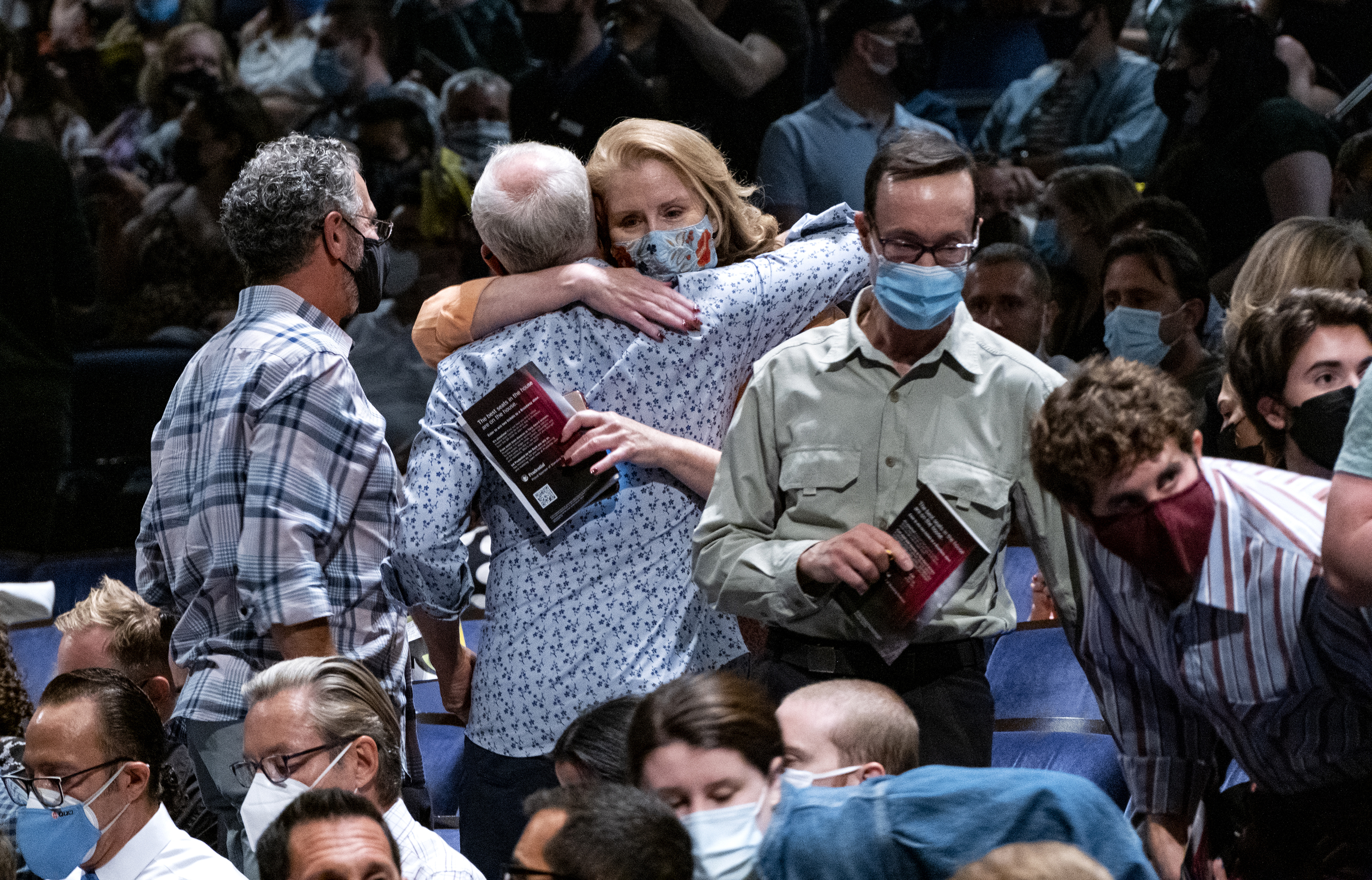 While Reid was eventually provided a gender-neutral dressing room after cast member Rory O’Malley offered to give up his dressing room, there were other incidents of discrimination and retaliation, the complaint said.

In an emailed statement to the LA Times, who first reported on the complaint, a “Hamilton” spokesperson denied the allegations.

“Suni Reid was a valued cast member for more than three years,” the statement read. “We offered them a contract to return to ‘Hamilton’ with terms responsive to their requests. … We have not discriminated or retaliated against Suni.”

It's not the first time a former "Hamilton" actor has spoken out against mistreatment within the company. Daniel James Belnavis, an original cast member of the show's first national tour, in March wrote a Medium blog post about how he felt constantly marginalized as a Black actor by an overwhelmingly white leadership.

Reid told the LA Times that they feel "Broadway and the entire industry has reopened without necessarily acknowledging a lot of these things."

"Those people who are smiling and singing and dancing and bringing them such joy — what is happening to those people after they exit the stage? What are their working conditions? I hope this is an opportunity for consumers of theater to dig deeper and be mindful of where their dollar is going," Reid added.

Similarly, producers of another Broadway hit musical "Jagged Little Pill" said in September that they hired an outside firm to investigate allegations of discrimination after former cast members detail "coercion" and transphobia" within the production.