In an exclusive chat with E! News, Chrissy Metz discussed her character Kate's second marriage and why it's been difficult

Season six may be the end for "This Is Us," but it's just the beginning for Kate and Phillip.

The final episode of season five revealed a major shocker: that Kate (Chrissy Metz) was about to marry her grumpy boss, Phillip (Chris Geere). To see how we got there, the Jan. 4 season six premiere wound things back to a still-married Kate and Toby (Chris Sullivan), who were clearly having trouble in paradise.

Namely, while Toby sent plenty of gifts for Kate's 41st birthday, he wasn't physically there for most of the day. Yes, the surprise visit at the end was nice, but Kate's kind of a single parent while Toby's off in San Francisco. That's gotta cause a disconnect.

It likely didn't help that Phillip arranged the sweetest birthday gift for Kate: their students singing her favorite song, "Time After Time" by Cyndi Lauper.

If you're still struggling with the end of Ka-Toby, you're not alone.

All of Mandy Moore's "This Is Us" Ages 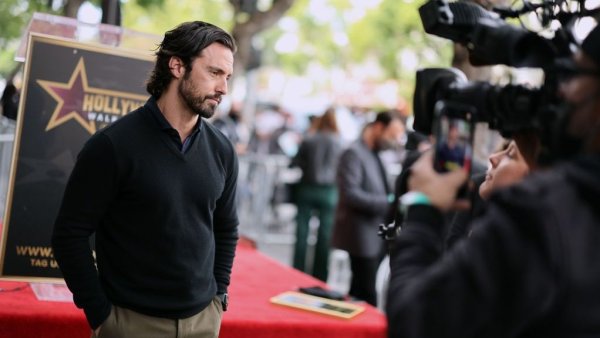 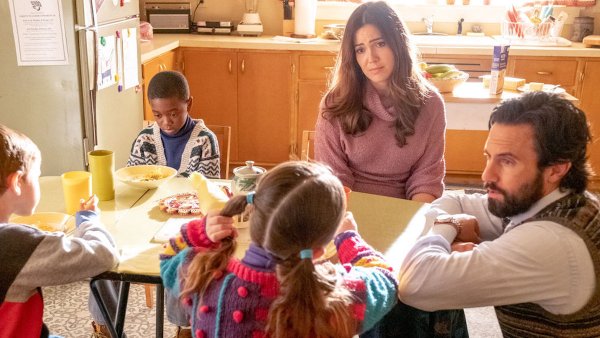 In an exclusive chat with E! News, Metz revealed that she cried after learning of Kate and Toby's divorce, noting, "Chris always jokes. He's like, 'It wasn't going to be Beth and Randall.' And I'm like, 'I know, but does it have to be us?'"

Though, as Metz expressed, not all couples are meant to stay together forever. "People grow and evolve and change," she said of Kate and Toby's relationship in season six, "and if you don't grow together you grow apart."

While Metz may not love this outcome for her character, she confessed that it's a realistic ending, adding, "What I think is so beautiful about any relationship is that it's changed you forever. So all of the wonderful things that Kate learned from Toby and, like, a love that she never experienced before from Toby, obviously contributed to the woman that she is. And she gets to take that into the next relationship, that being Phillip."

Of course, the hardest part of all of this for Metz is having an on-screen romance with someone who isn't her "forever and ever" guy. "I just adore him," Metz gushed about Sullivan. "And I'm just so grateful for him. So it feels like I'm cheating on him, for real. Like he's my friend, but it feels like this isn't right."

Still, Metz said she is excited for viewers to see how the whole thing unfolds.

For a closer look at Kate's journey, catch "This Is Us" when it airs Tuesdays at 9 p.m. on NBC.

E!, this television station and NBC are part of the NBCUniversal family.