Coverage of the 2022 elections
NY Governor

Cuomo wouldn't win a three-way race for governor, a new poll found - but he'd put Gov. Kathy Hochul and Rep. Lee Zeldin in a dead heat for the office

Andrew Cuomo wouldn't win a three-way race for New York governor this fall, a new poll finds - but he might siphon off enough support from Gov. Kathy Hochul to bring her likely Republican challenger Rep. Lee Zeldin within striking distance of the Executive Mansion.

Politics Professor Doug Muzzio from Baruch College said that he doesn't believe Cuomo would want to play the role of spoiler.

"I don’t think Andrew Cuomo, in his Machiavellian mind, comes up with a scenario where he runs for governor," Muzzio said.

(Emerson did not poll an outcome in a two-way race without Cuomo, so it's not clear how Hochul and Zeldin would do head-to-head, though an April poll from GOP consultancy Big Dog Strategies had Hochul up by 4 points.)

Cuomo has been mum on the prospect of a general election challenge for the job he resigned in scandal last August, but a statewide ad campaign and speaking tour have stoked speculation he was at least considering a run. 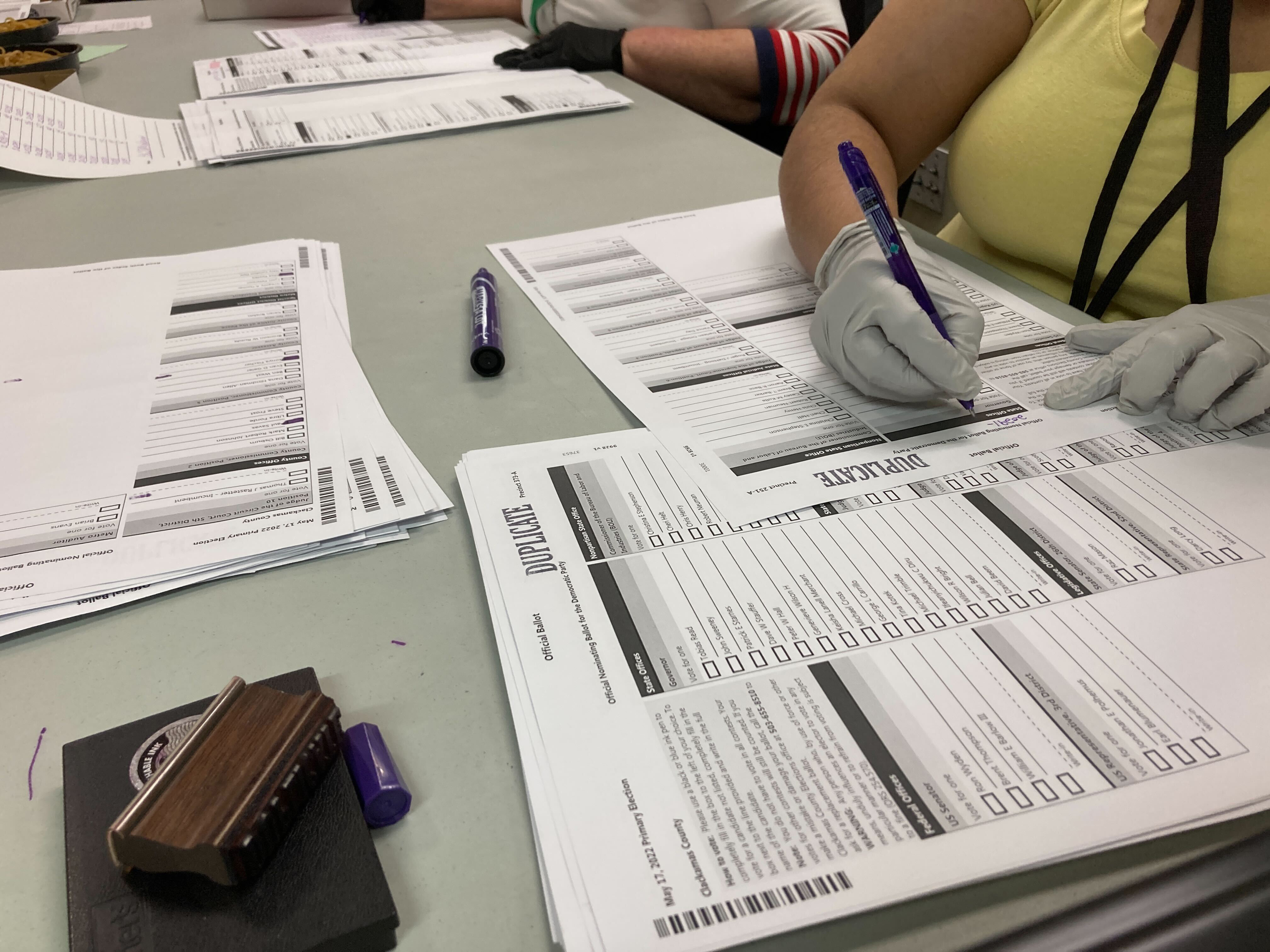 The phone and online poll of 1,000 registered voters was conducted May 1-3 and has a margin of error of 3 percentage points.

There are 54 days until the primary — unless that gets postponed until August amid the still unsettled redistricting fight.

Cuomo wasn't the only one to get some bad polling news Thursday. A Quinnipiac Poll shows only 37 percent of voters approve of Mayor Eric Adams’ handling of crime, with 54 percent disapproving. That's a dramatic slide from just three months ago, when 49 percent approved and only 35 percent disapproved.

Muzzio said the mayor has plenty of time to rebound, however.

"It’s a glaring signal that can’t be ignored and has to be addressed," Muzzio said, butt also added, "he’s in there four months — how much can a mayor do in terms of specific policy?"

The Adams administration deflected blame, saying that the mayor is "laser-focused on reversing the failures of the previous administration while fighting back against failed reforms to the state’s justice system."